A Gift for Composition 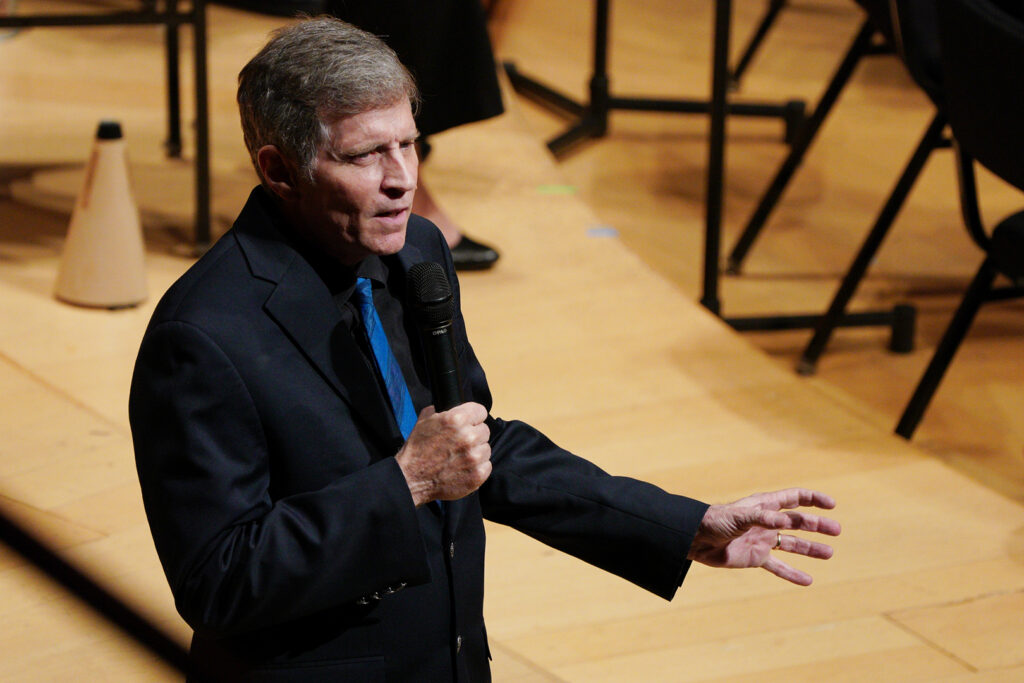 Frank Ticheli speaks to the audience at the USC Thornton Symphony’s 2019 performance of his piece, Angels in the Architecture, at Walt Disney Concert Hall, conducted by H. Robert Reynolds. (Photo: Lawrence K. Ho/USC)

For award-winning composer and longtime professor Frank Ticheli, teaching is not just about sharing what he knows with his USC Thornton students. “It’s about creating this environment where there is a free exchange of ideas,” he said. “That exchange of ideas is what benefits all of us, both the professor and the student.” 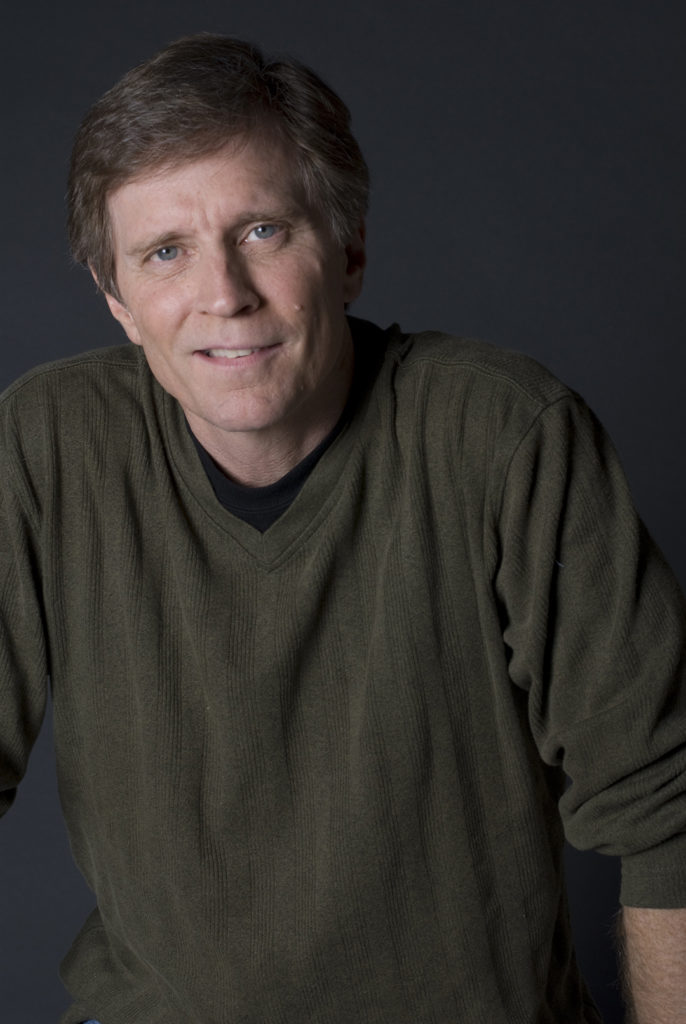 Ticheli is well known for his works for concert band. In 2012, he received the Arts and Letters Award from the American Academy of Arts and Letters, and the University of Michigan Alumni Society bestowed their highest honor in 2018, the Hall of Fame Award, in recognition of his career as a composer. Many of Ticheli’s compositions have become standards in the repertoire, and he gives some of the credit to his students.

“There is no question that my interaction with the students has made me a better composer,” he said. “When I’m walking out to my backyard studio on a day when I’m not teaching, I’m walking back there with the energy and the enthusiasm and the ideas that were exchanged the day before at USC. I’m walking out to that studio with all of that inside of me, and so it’s informing the notes I’m putting on the page.”

A passionate teacher who earned USC’s Virginia Ramo Award for excellence in teaching, Ticheli started thinking about how he could do more for the students, something that would last beyond his years as a teacher, which number 29 this year, and impact every composition student at Thornton.

He established the Frank Ticheli Guest Artists Endowed Fund at the USC Thornton School of Music with a gift of $100,000.

“Most of us reach that point in our lives where we want to give back,” he said. “So it comes from a place of gratitude.”

The Sky’s the Limit

The Frank Ticheli Guest Artists Endowed Fund enables the Composition Department to bring in guest artists and ensembles to give concerts on campus and/or read and record student works at the Composition Forum, with all of the Composition majors in attendance.

“The Composition Program at USC Thornton is delighted with professor Ticheli’s endowment gift for the Frank Ticheli Guest Artists Endowed Fund,” said Department Chair Don Crockett. “This is a powerful learning experience and career boost for our students.”

The Ticheli Fund has been in place at a more modest level for a number of years for a different purpose, but the change to the Guest Artists Endowed Fund happened within the past couple of years, Crockett said. “This represents a strong commitment to future projects with core resources coming from the Ticheli Fund.”

Proceeds from the endowed fund were first used in spring 2018 for a residency by the acclaimed new music group, NOW Ensemble, with readings of student works and an evening concert on campus. This spring 2020 semester, the fund will be used to bring the Los Angeles-based Lyris String Quartet to campus for a reading/recording session of student works at a Composition Forum in March. Plans are underway for the next student reading/recording session with a guest quartet of violins led by Thornton faculty violinist Lina Bahn in fall 2020.

With the curriculum redesign, which encourages interdisciplinary study, Ticheli sees even more opportunities. For instance, his Orchestration course will be combined with the Conducting course in the fall. “I can’t wait to see how these two disciplines cross-fertilize each other,” he said. “It’s possible to bring in a guest who fits that interdisciplinary profile, who is both a composer and a conductor.

“The sky’s the limit in terms of what kinds of guest artists we could bring in with this fund.”

During his nearly three-decade tenure with Thornton, Ticheli composed the bulk of his catalog, including the Symphony No. 2, winner of the 2006 NBA/William D. Revelli Memorial Band Composition Contest, and Blue Shades, a piece for concert band which has been performed hundreds of times worldwide and recorded two dozen times. Angels in the Architecture, a composition for wind ensemble, premiered at the Sydney Opera House. The Shore, a choral symphony on four poems by prize-winning poet and USC Professor of English David St. John, premiered at Carnegie Hall. 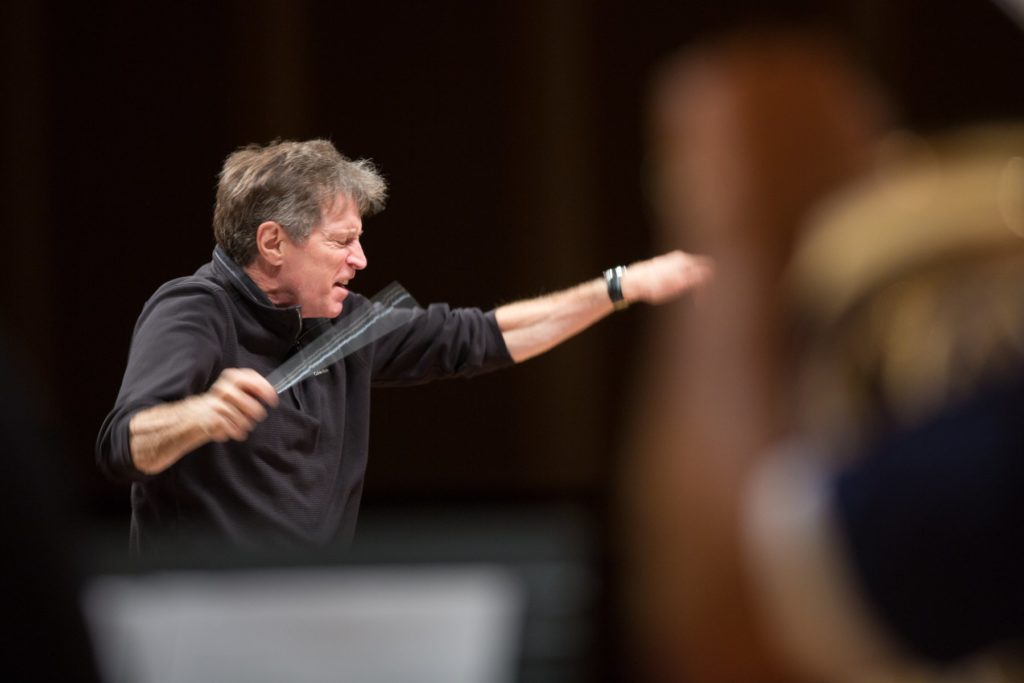 From 1991 to 1998, Ticheli was composer-in-residence with the Pacific Symphony, conducted by Carl St. Clair, who became artistic leader and principal conductor of the USC Thornton Orchestras in 2012. The two colleagues had first met in at the University of Michigan in the early 1980s when Ticheli was a graduate student and St.Clair a young professor. “Now he is a champion of my music,” Ticheli said. “So I say to my students all the time, you never know how your mentors and fellow students will impact your life. The future champions of your music could be right here in this classroom with you.”

The endowed fund became Ticheli’s enduring thank you to those students, who have impacted his own life so indelibly. He said, “There is nothing more rewarding as a composer than being able to share my ideas with the ideas of young composers in a positive setting.”

As music has changed over the past three decades, so have those ideas. “Music has evolved. There’s more technology now, and there’s a wider stylistic range of music being written now by our students,” Ticheli said. “We are in sort of a post-style period, to use John Adams’ words, where just about anything can happen in a piece of music. Contemporary classical, jazz, hip-hop, electronica, all kinds of music can be reflected in a single five-minute piece of music, and nobody even bats an eye at that now.

A Program With Passion

Another thing Ticheli has enjoyed is witnessing the growth and the accomplishments of the Composition Department, which has always enjoyed a stellar reputation. The most-performed American choral composer Morten Lauridsen retired in 2019, but recent hires include Andrew Norman, Ted Hearne, Nina Young and Sean Friar.

“It seems like just last week I was the young guy here,” Ticheli said. “All of a sudden I’m nearing retirement, and there are all these exciting young people here. The talents and passion that these young colleagues have brought has just been a huge part of the explosion in our department’s reputation.”

Thornton faculty, like the students, are full of that enthusiasm that breeds success, and that will be fueled by the Frank Ticheli Guest Artists Endowed Fund.

“Nobody goes into this profession, or should, with any sort of self-delusion,” Ticheli said. “You have to understand that it’s competitive and you do this because you have a passion for it, because you can’t imagine doing something else.”