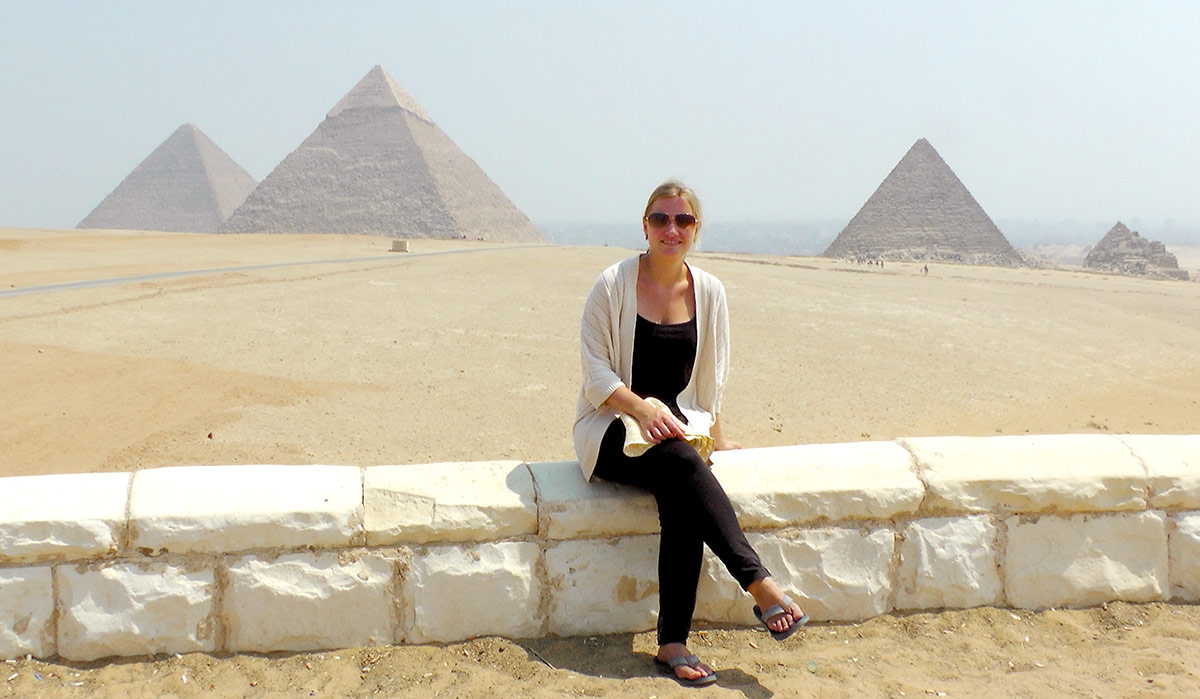 Eva Schaumkell during her September visit to Cairo, Egypt.

It’s not every residence hall assistant who has to leave her post for a few days to debut with the Cairo Symphony Orchestra in Egypt. But Eva Schaumkell, a DMA student at USC Thornton who studies with acclaimed professor Daniel Pollack, was far from her utilitarian Troy Hall dorm when she performed Beethoven’s Concerto No. 1 with Maestro Ahmed El Saedi and the Cairo Symphony Orchestra at the Cairo Opera House. The Sept. 5 concert opened the symphony’s 2015-2016 season.

“This was a wonderful opportunity,” Schaumkell said. “I was so excited to play with them.”

She spent the day after her triumphant debut soaking up Cairo’s history at the pyramids, the Sphinx and the Egyptian National Museum. “It was a manic day of sightseeing. It has always been a dream of mine to travel there,” she said. “It was all very overwhelming.”

The German-born Schaumkell, who won 1st Prize at the 2014 International Siegfried Weishaupt Piano Competition in Germany, has since returned to her daily routine at USC Thornton which includes coursework, lessons with professor Pollack, preparing for recitals and learning to acclimate to American culture after a lifetime of schooling in Germany and the United Kingdom.

Despite her jam-packed schedule, Schaumkell faces another challenge this year: finding her rhythm as a resident assistant (RA).

At home at the piano 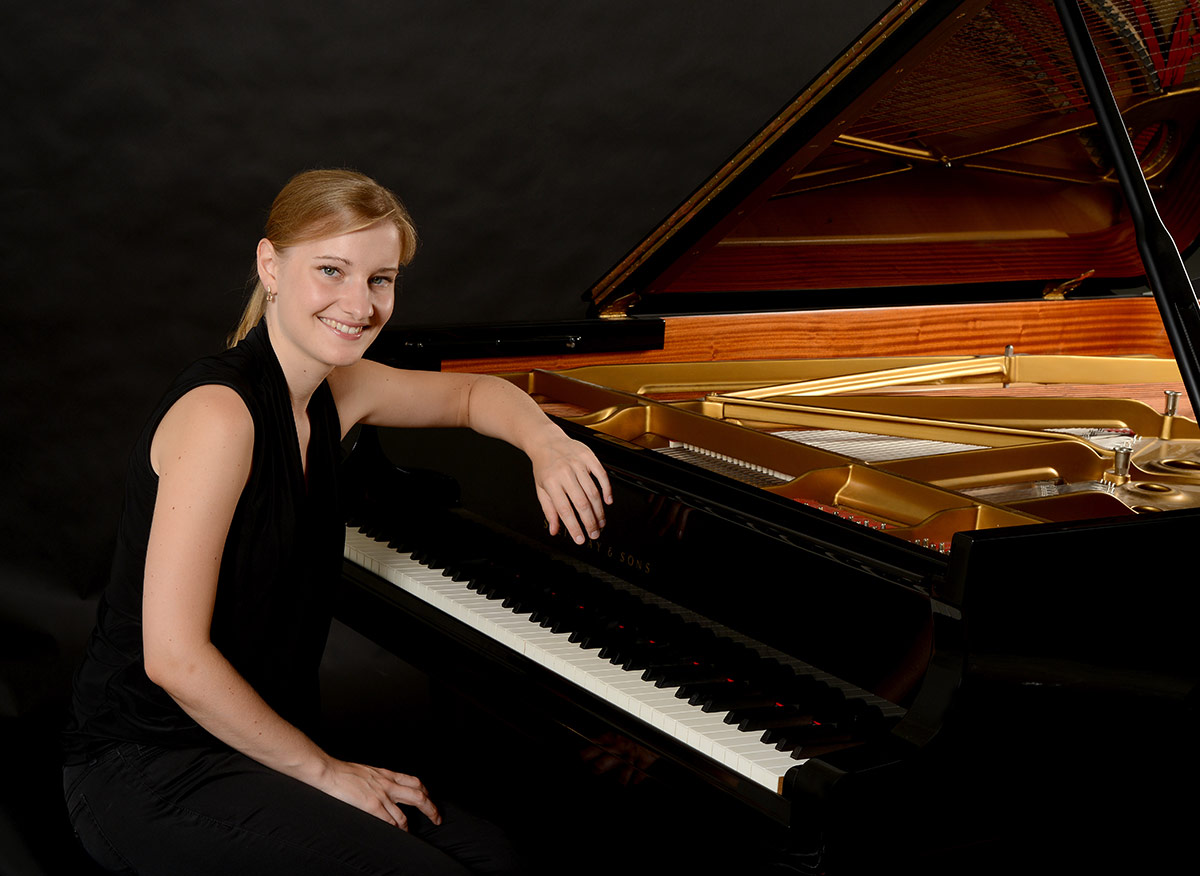 The idea to apply for an RA position occurred to Schaumkell during her first visit to campus in October 2014. Becoming an RA, with its housing and meal plan perks, seemed like an excellent funding option to make it possible for her to study with Pollack, a longtime USC Thornton faculty member whom she met in Dresden at the Hochschule für Musik in 2014.

“We had great chemistry and I learned a lot from him during his visit to Germany,” said Schaumkell.

When USC offered her the job, Schaumkell was surprised but happily accepted the position. “I didn’t really know what to expect at all. A lot of the job is helping others find their way around, creating a comfortable living environment and helping people adjust.”

After a few months of engaging in nightly rounds through the residence halls and planning events for her residents, Schaumkell has realized that the Residential Education department selected her for a reason. “I don’t have the American or Los Angeles background that a lot of [the other RA’s] do, but I have other experiences to draw on and things to offer,” she said. “The position is a great learning opportunity for me, too.”

A quick study, she’s already mastered one of the RA essentials of organizing events for students, having planned a “sushi night” for her 56 Troy Hall residents. The lesson she’s learned? “People show up when there’s free food,” she said.

Schaumkell credits her piano as the stabilizing force that allows her to feel at home even in the face of unfamiliar circumstances.

“You can get a little lost, especially if you’re on your own,” she said. “Whenever I’m new to a place, as soon as I sit down at the piano, I feel grounded.”

“I didn’t really know what to expect at all. A lot of the job is helping others find their way around, creating a comfortable living environment and helping people adjust.”