All they Needed was Love… and a Certain Music Class 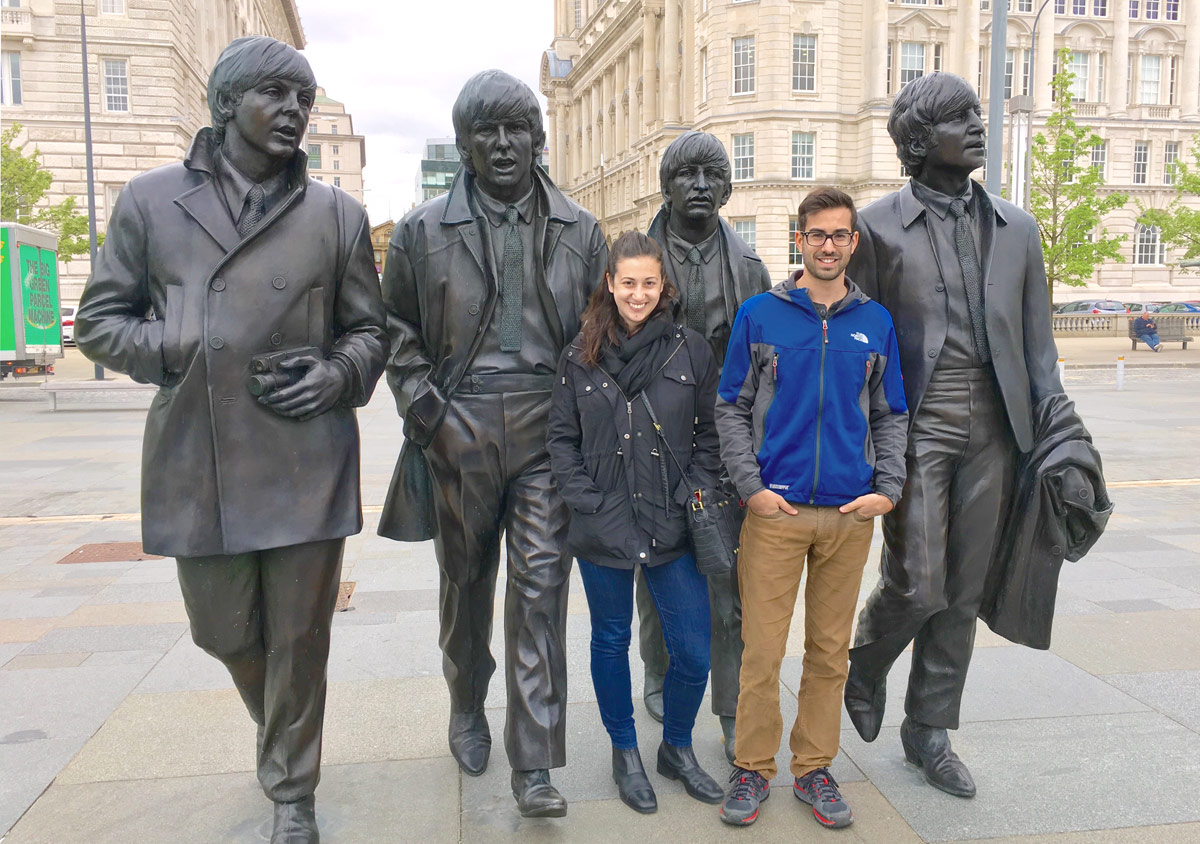 One of Vivian Tomkovicz’s (BA ’11) fondest memories from her days as an undergraduate psychology major was a class that allowed her to spend two hours listening to great music. Bill Biersach’s “Classic Rock: Popular Music of the 1960s” was so much fun, it barely felt like a class, she recalled.

“It was something I looked forward to,” recalled the 2011 graduate. “We learned so much about the history of the 60s and 70s. The music in that era was so tied with what was going on in the world at that time. I was learning a lot about American and British history, and the way Professor Biersach tied it all together was really cool.” 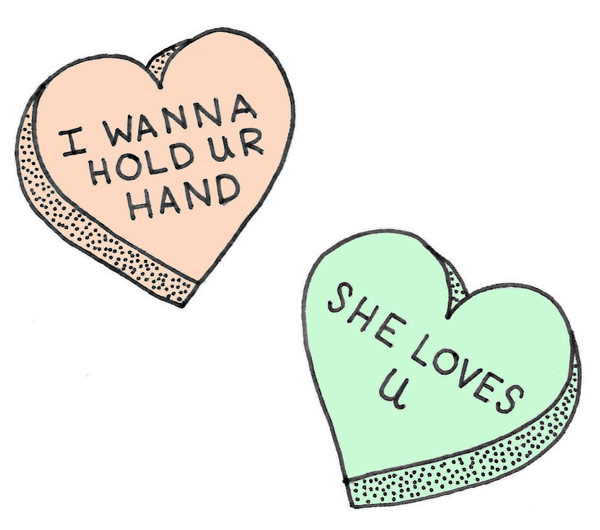 A jazzed up Tomkovicz sang Biersach’s praises to Tommy Sardone (BA ’12), the biology major she was dating. He also took the class as well as Biersach’s equally popular “The Beatles: Their Music and Their Times.”

Through the songs they heard in those classes, the two students fell more deeply in love with the music, and with each other. “Our relationship bonded over the music of the Beatles,” Tomkovicz said.

Tomkovicz graduated a year before Sardone, and returned to Iowa for a job. The two lived half a country away from each other, but the music kept them bonded.

“We had a lot of phone conversations, and even though it was hard to maintain the relationship, we found that talking about the Beatles always made us happy,” Tomkovicz said. “Tommy did all this research, bought all these anthologies, and got every single album, every music video. So, I started learning more and more and we’ve kept this thing going.” 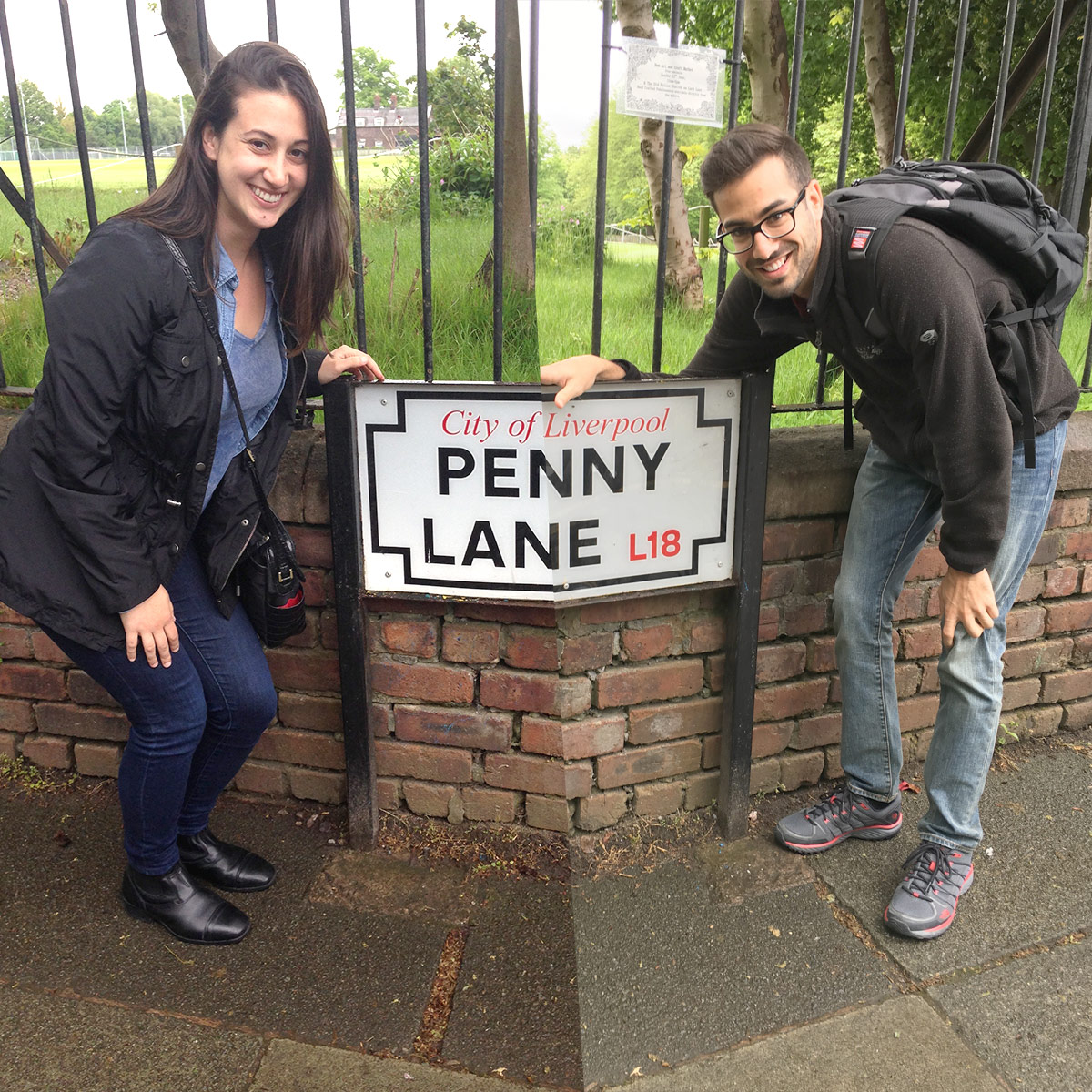 Reunited, the couple took a trip to Liverpool together. They sought out Paul McCartney’s house, dropped in on Penny Lane, stood at the gates of Strawberry Fields and caught a Beatles tribute band at the Cavern Club. Last June, the two got married and had their first dance as husband and wife to John Lennon’s version of “Stand by Me.”

Shortly after their wedding, they sat enraptured in the 11th row during McCartney’s summer visit to Des Moines. They now live in Iowa where Tomkovicz is an MD candidate at the Carver School of Medicine and Sardone works in the research lab at the University of Iowa Hospital.

“I have so many friends who met at Beatles concerts or met because they love the same songs or fell in love over the same songs,” Biersach said. “I like to tell my classes that in 1987, 20 years after ‘Sergeant Pepper’ came out, we used to get these class rosters printed out on computer and I’d go into my classes and I’d look down these rosters. The name that kept popping out all over the place as a first or 2nd name for women was Lucy, and, I mean, what can you say? 20 years ago, what do you think mom and dad were listening to?”

For those two or three people unfamiliar with the song, he’s referring to “Lucy in the Sky with Diamonds.” You can find women’s names across their catalog. 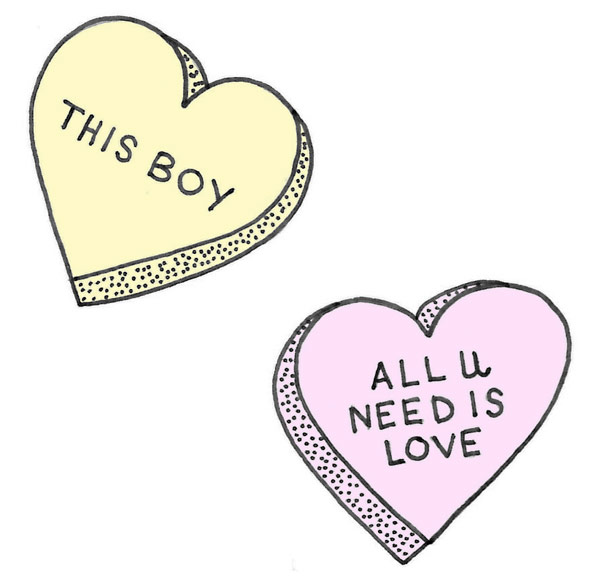 “It isn’t so much that they wrote great love songs. They wrote songs that make people happy,” Biersach said. “If you’re in love, you’ll sing ‘Good Day, Sunshine’ even though it isn’t specifically about loving somebody in particular. ‘I Wanna Hold Your Hand’… what can you say? It’s not a full blown relationship yet. It’s just that initial rush of meeting someone and wanting to hold their hand. Music has gotten so brash over the years we forget that it’s all made up out of little moments.”

Tomkovicz’s favorite Beatles song isn’t a love song or even necessarily a happy song. “It changes a lot,” she said. “Right now it’s probably ‘Back in the USSR.’ Paul played that at the concert. Tommy’s is ‘The Fool on the Hill.’ It has been for a long time.”

“The Beatles made us feel so good about so many things in a way that no other band did,” Biersach said. “Even a song like ‘Can’t Buy Me Love’– although it isn’t about a specific girl, every man knows that feeling. Every man who’s buying his wife a special coat or something can start singing that song, and you know they’re both going to start laughing.”