Andrew Zaro is the founder and chairman of Cavalry Investments Holdings LLC and its subsidiaries (“Cavalry”). He has been at Cavalry (and its predecessor) for approximately 25 years and is responsible for the strategic direction and growth of the company.

Cavalry is an investment company specializing in the acquisition and collection of charged-off consumer receivables. Cavalry purchases a variety of consumer receivables, including, but not limited to, credit cards, installment loans and automobile loans. The company was formed in 1998 and has offices in Valhalla, NY; Phoenix, AZ; Tulsa, OK; and Roseville, MN. Cavalry’s founders were pioneers in the debt-buying industry and have built one of the largest and most successful companies in the industry.

Prior to establishing Cavalry, Andrew owned and operated successful auto finance and mortgage companies (Zirgo Acceptance and Zirmak Mortgage). From 1975 to 1990 he served as the president of Zaro’s Bread Baskets, a chain of retail fast food/bakery operations in the New York metropolitan area.

Zaro is chairman of the board of Lancewood Capital LLC. Lancewood is a specialized investor in first mortgages secured by multifamily, retail, office and industrial properties throughout the United States.  Lancewood invests in two primary channels: the acquisition of performing, sub-performing and non-performing loans; and the origination and purchase of bridge and special situation loans. Lancewood was founded in 2014 and maintains its headquarters in Valhalla, NY.

Andrew is currently the president of the Board of Trustees of Columbia Grammar and Preparatory School, which is the largest private school in New York City; he is a member of the Board of Councilors of the USC Thornton School of Music; and he is a board member of Town Tennis in New York.

Andrew is married to Lois Robbins and they have four children: Alexander, Olivia, Stephen and Victoria. 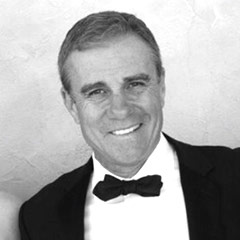