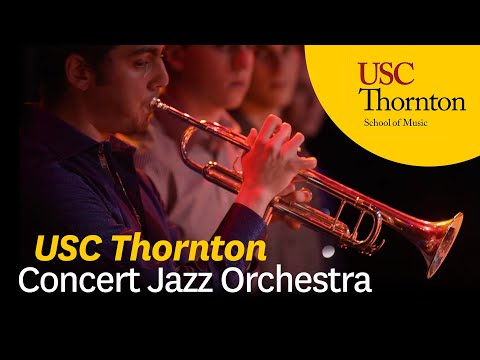 Jason Goldman led the USC Thornton Concert Jazz Orchestra last March in a performance of the Miles Davis standard, “Freddie Freeloader,” at USC’s Carson Center. The piece, arranged by Corbin Jones, is from Davis’ iconic album, Kind of Blue, originally released in 1959 and regarded by many critics as one of the best jazz albums of all time. Featured in the orchestra were soloists Josh Ginsburg on trumpet, Zachary Hernandez on piano and Aaron Reihs on tenor sax.

You can catch the Concert Jazz Orchestra on Monday, September 25th at 7:30pm, in an evening of big band standards and original compositions at Carson Center.