Bryan R. Simms is a professor emeritus of musicology at the USC Thornton School of Music. He was appointed to its faculty in 1976 and served there for 38 years prior to his retirement in June 2014. Before coming to USC, he taught at the University of Denver and at Yale University, where in 1971, he received a Ph.D. in musicology. He was formerly editor of the Journal of Music Theory and Music Theory Spectrum, and he has served on the council of the American Musicological Society and the executive board of the Society for Music Theory.

He specializes in music and musical theory of the 20th century, and his books include The Atonal Music of Arnold Schoenberg: 1908–1923 (Oxford University Press), Music in Western Civilization (with Craig Wright, Thomson-Schirmer Books), Alban Berg: A Research and Information Guide, second edition (Routledge), and Pro Mundo – Pro Domo: The Writings of Alban Berg (Oxford University Press, 2014), which is an English edition of the complete writings of this composer. 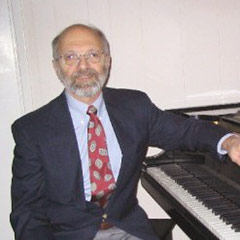