Carol Henry received her Bachelor’s and Master’s of Arts in Education from Stanford University in 1961 and 1962, and taught in the Manhattan Beach City School system until 1966, when she married Warner Henry. Carol’s volunteer career began with her involvement with the Junior League of Los Angeles in 1970, and since that time she has served on many community boards, including the KCET Women’s Council, The National Council on Alcoholism, Cate School, Teach for America, the Los Angeles Opera League, the Pasadena Art Alliance and the Art Center College of Design. She has served on the board of the Los Angeles Opera since 1985 and is currently a vice chair. On the Opera board, she has chaired the Development Committee, the Patron Committee, the Nominating Committee and the 20th Anniversary Committee, and she began a term as president of the board of the Los Angeles Opera in July 2005. 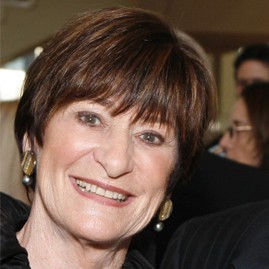