Christopher Trapani is a Visiting Assistant Professor in Composition at the USC Thornton School of Music for the 2021-2022 school year. The American/Italian composer maintains an active career in the United States, the UK and in continental Europe. Recent commissions have come from Ensemble Modern, JACK Quartet, The BBC Scottish Symphony Orchestra, and Radio France, and his works have been heard at Carnegie Hall, Southbank Centre, Ravenna Festival, Ultraschall Festival, IRCAM, and Wigmore Hall.

A native of New Orleans, Trapani earned a Bachelor’s degree from Harvard, then spent most of his twenties overseas: a year in London, working on a Master’s degree at the Royal College of Music with Julian Anderson; a year in Istanbul, studying microtonality in Ottoman music on a Fulbright grant; and seven years in Paris, where he studied with Philippe Leroux and worked at IRCAM. Trapani earned a doctorate in 2017 from Columbia University in New York City, where he studied with Tristan Murail, George Lewis, Georg Friedrich Haas, and Fred Lerdahl.

Waterlines, his debut portrait CD, featuring performances by Talea Ensemble, JACK Quartet, and others, was released on New Focus Recordings in 2018. A second recording of Waterlines by ICTUS was released in 2020.

Projects for the 2021-22 season include commissions from Klangforum Wien and Ensemble Modern, a new work for the Grossman Ensemble at the University of Chicago (Fromm Foundation Commission), and a new song cycle for a consortium of sopranos, commissioned in conjunction with the 2020 Barlow Prize. 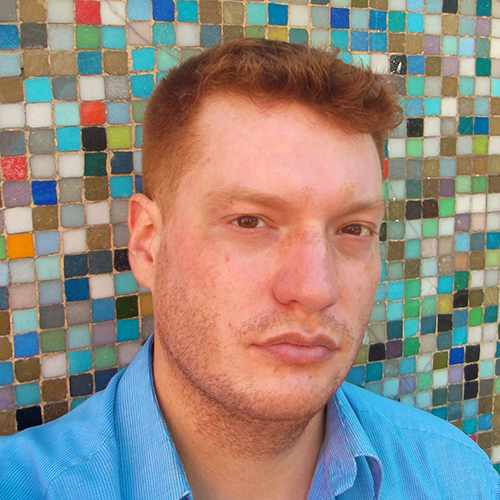