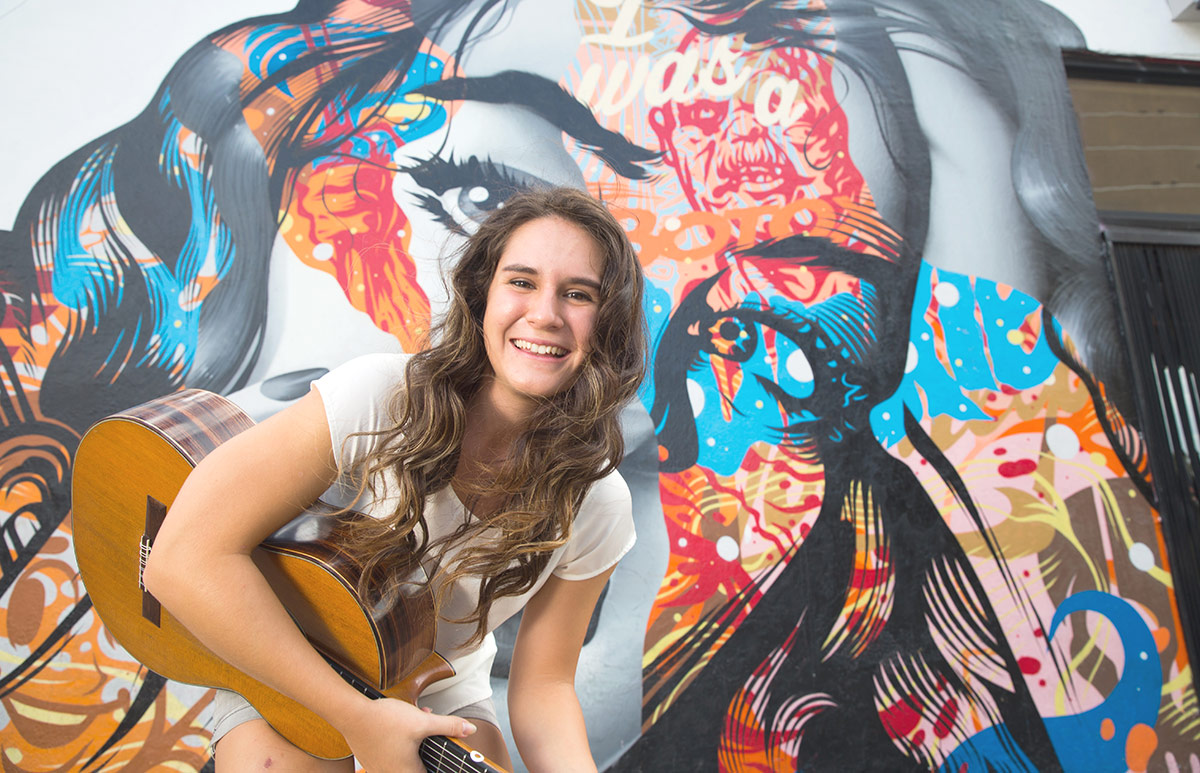 We caught up with senior Deanna Romo in the Los Angeles Arts District. (Photos/David Johnston)

Classical Guitar major Deanna Romo is the perfect student to help launch our new @USCThornton campaign. Not only is the Alhambra-born senior a terrific musician, but she’s discovered a passion for production through the USC Thornton Music Industry program.

In fact, Deanna is quickly becoming a go-to sound engineer for shows and recording sessions around town, while also contributing to Tom Tom Magazine, a publication dedicated exclusively to female drummers. When she’s not at the mixing board or in the practice room, she often hosts informal jam-sessions with other Thornton students at her house near campus.

We asked Deanna about a few of her most memorable experiences @USCThornton.

Deanna: One of my favorites was during Guitar Orchestra when we were invited to perform at LACMA. Another was during Computer Assisted Recording and Editing Techniques (aka ProTools B) when we had to conduct a full recording session with a singer-songwriter. 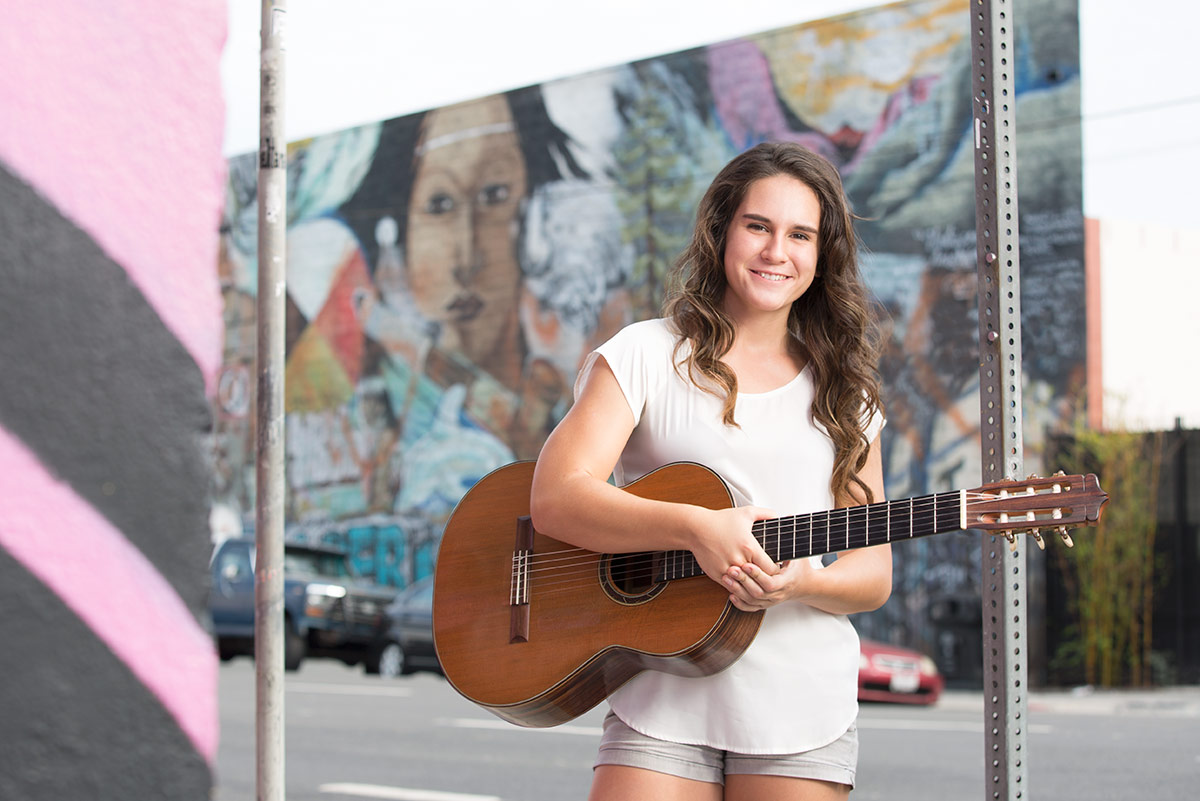 Definitely Veronika Krausus of the Composition program. She not only taught me theory, but also became one of my mentors when I was unsure about the future.

And I have to shout-out to my guitar instructor, Scott Tennant! Somehow, he manages to tour with the GRAMMY-Award winning LAGQ and his solo work on top of teaching and mentoring guitarists at Thornton.

Classical would be J.S. Bach and Antonin Dvorak. Otherwise, Flume and Muse.

What are your goals for the future?

Right now, I’m trying to figure out whether I want to pursue the live sound or recording, since both can take very different directions. Some plans include working larger festival venues such as Coachella or Outsidelands, or even being a head engineer for film scoring sessions.

And something not many people know about you?

I was in a production of “The Lion King” as a kid and played Timon!

Stay tuned for more profiles of amazing USC Thornton students. You can catch Deanna on Instagram @deannaromo – and be sure to follow us there @USCThornton.