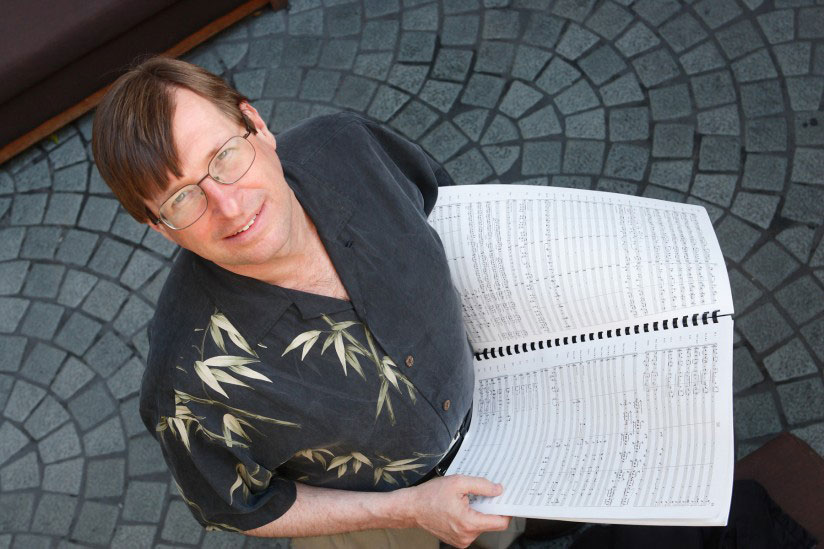 Stephen Hartke was named in 2009 to the American Academy of Arts and Letters. (USC Photo/Philip Channing)

When the spring semester ends, USC Distinguished Professor of Composition Stephen Hartke will retire after nearly three decades at the USC Thornton School of Music.

He has been designated USC Distinguished Professor Emeritus of Composition and will return to USC Thornton this fall for a series of residencies, continuing to work with graduate composition students.

This summer, Hartke will be moving to Oberlin, Ohio, to be closer to family and will become a professor of composition and department chair at the Oberlin College & Conservatory.

Hartke, one of three professors at USC who are members of the American Academy of Arts and Letters, said he was looking forward “to the challenge at Oberlin that awaits” in building a new team. At the same time, he said he “loves what we’ve done here in this department” at USC Thornton.

“We went from a place that was a little bit provincial,” he said, “with students mostly from our region, to one that is national and international in profile, drawing students from all around the world.”

Noting that he has been involved in curriculum design, Hartke said that USC Thornton students “are happy here and will keep flourishing.”

He pointed out that since 1980 he has lived in a different time zone than his family members and felt that it was time to move closer. He said he will miss seeing the mountains — but not the freeway traffic — and is looking forward to rain and the change of seasons in Ohio. 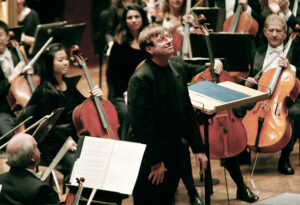 Stephen Hartke bowing with New York Philharmonic, after the world premiere of Hartke’s Symphony No. 3 in September 2003. (Photo/Chris Lee)

“Since arriving on campus in 1987, Stephen has been at the core of many of the exciting initiatives at USC,” said Robert Cutietta, dean of USC Thornton.  “We are thrilled that he will continue to influence the school and our students as he has been designated a Distinguished Professor Emeritus and will return to service at Thornton in a series of residencies, working closely with our graduate students in composition.”

A key figure in composition

Donald Crockett, chair of the composition department at USC Thornton, said: “Stephen Hartke has been a central figure in our composition program, and close friend, for many years. We all deeply appreciate his unique combination of creativity, wide-ranging knowledge, wit and not least of all his very, very special music.

“Stephen has given our students so much over the years, and their growth has been remarkable,” Crockett added. “I congratulate him on his new position at Oberlin, and I’m delighted that he will continue to mentor graduate students at Thornton as Distinguished Professor Emeritus.”

Hartke returned the compliment by saying how much he would miss all his colleagues, new and old, “but especially my dearest friend, Don Crockett, whom I have known since our graduate student days together at UC Santa Barbara. He was responsible for bringing me to USC, has been an indefatigable champion not only of my music but all new music, especially that of our students here.”

Hartke’s work is wide-ranging, varying from the medieval-inspired piano quartet, “The King of the Sun,” and “Wulfstan at the Millennium,” an abstract liturgy for 10 instruments, to the blues-inflected violin duo “Oh Them Rats Is Mean in My Kitchen.” In 2013, he won the Grammy Award for best contemporary classical composition for a surreal sextet, “Meanwhile: Incidental Music to Imaginary Puppet Plays,” commissioned by the new music ensemble eighth blackbird.

He has composed concerti for clarinetist Richard Stoltzman and violinist Michele Makarski. His collaboration with the internationally celebrated Hilliard Ensemble has resulted in three substantial works, including his Symphony No. 3, commissioned by Lorin Maazel and the New York Philharmonic. 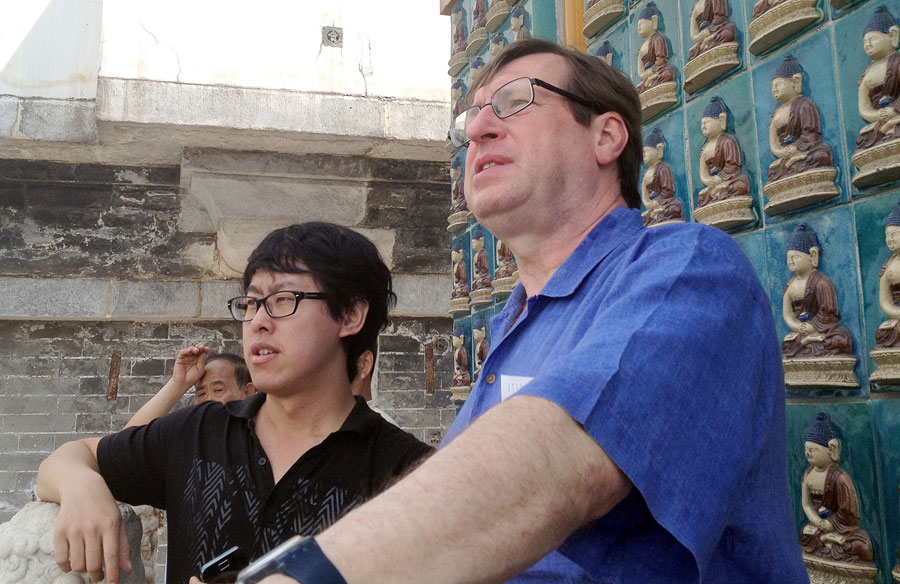 Hartke has had major works commissioned by many other leading institutions around the world, including the Chamber Music Society of Lincoln Center, Carnegie Hall, the Library of Congress, the Los Angeles Philharmonic, the National Symphony Orchestra and the National Endowment for the Arts, among others.

His 2008 opera, The Greater Good, was awarded the first Charles Ives Opera Prize from the American Academy of Arts and Letters.

“We went from a place that was a little bit provincial, with students mostly from our region, to one that is national and international in profile, drawing students from all around the world.” – Stephen Hartke