Eleonore Schoenfeld: A Life of Elegance 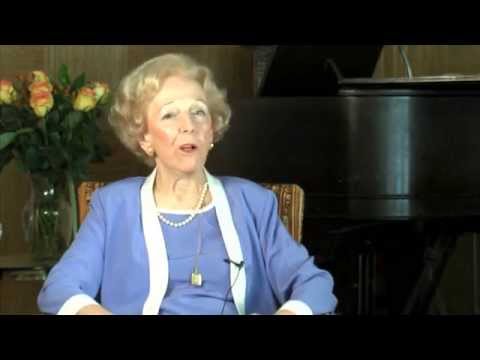 Eleonore Schoenfeld is regarded as one of the leading cello pedagogues of the 20th century, and served on the faculty of the USC Thornton School of Music for nearly 50 years. Renowned as an expert teacher in music, Schoenfeld continuously attracted talented students from all over the world.

This tribute film traces Eleonore’s remarkable life as a performer, sister, and teacher, with interviews from former students and colleagues including Midori Goto, Lynn Harrell, Daniel Pollack, Alice Schoenfeld, and others.

Born in Maribor, Slovenia, to a Russian mother and Polish father, Schoenfeld soon moved to Berlin, where at age 6 she began as a ballet dancer with the Berlin State Opera. She switched to cello at age 11 and earned her artist diploma at the famed Hochschule für Musik in Berlin, where she studied with Karl Niedermeyer and Adolph Steiner. The Schoenfelds immigrated to Los Angeles in 1952.

Schoenfeld performed in concerts on four continents as soloist with leading philharmonic and radio orchestras, in recitals and in a violin-cello duo known as the Schoenfeld Duo with her sister Alice.

She made more than 200 recordings of the solo and chamber music literature, including works especially written for the Schoenfeld Duo, for top television and radio stations in Europe and the United States. The recordings have all been recorded by the BBC in London.

In addition to her full-time teaching position at USC, Schoenfeld was a master teacher at the Colburn School of Performing Arts in Los Angeles, and she worked on the faculty of the Arts Academy in Idyllwild, Calif. She died on January 1, 2007 at the age of 81.