Eric Small believes in giving back to his community. Currently, he is on the board of the USC Doheny Eye Institute and is a member of the board of trustees of Saint John’s Health Center in Santa Monica, the LA Opera and Pepperdine University. He serves on the board of the National Multiple Sclerosis Society, Southern California Chapter; and is a trustee of the Flora L. Thornton Foundation. Previously he served on the boards of Big Brothers of Greater Los Angeles and the City of Hope and the Board of Governors of Cedars-Sinai Medical Center.

Born in Avalon, Catalina Island, Eric Small completed his Bachelor’s at UCLA and earned a Master of Fine Arts at Otis Institute. He was diagnosed with multiple sclerosis (MS) at 22 and soon after became a serious student of Iyengar Yoga, which helped him with the effects of his illness. He has been teaching Iyengar Yoga since the mid-1970s and has instructed for the Los Angeles Unified School District, the Beverly Hills Adult Education Department and the Iyengar Yoga Institute, Los Angeles. He has served on the teaching staffs of Iyengar Yoga conventions, most recently in Paris. He frequently travels throughout the U.S. conducting Iyengar Yoga workshops and seminars for both MS and non–MS students and instructors. In December 2003, B.K.S. Iyengar personally awarded Eric with a Senior Teacher credential in Iyengar Yoga.

Through his Stress Control Systems Trust, centered at Beverly Hills Iyengar Yoga Studio, Eric creates programs specifically for clients diagnosed with MS and other neurological conditions. The programs enhance MS clients’ ability to carry on with their lives. A video of his multiple sclerosis program was produced in 1999, and in 2003 a DVD was also produced in cooperation with the Northern and Southern Chapters of the MS Society in California. Programs are under the guidance of B.K.S Iyengar of Puna, India, and are based on his teachings and philosophy.

Eric has also published a book, Yoga and Multiple Sclerosis: A Journey to Health and Healing, co-authored with Loren M. Fishman, M.D.

With the support of the Southern California Chapter of the MS Society, the Eric Small Yoga Program has, for the past five years, served hundreds of clients at 13 different sites; it is an important part of the regular program offered at the Marilyn Hilton Achievement Center at the UCLA Department of Rehabilitation and Neurology as well as the Veterans’ Hospital, Westwood Campus, in Los Angeles.

His work was recognized in 1999 with the Hope For MS Award and in 2001 by his induction into the National MS Society’s Volunteer Hall of Fame. He was the 2002 Dorothy Corwin Spirit of Life Award recipient for Outstanding Volunteer Service to MS patients, presented at the MS Dinner of Champions on September 17, 2002. Eric — and his work through the Flora L. Thornton Foundation — was recognized by the MS Society as the Outstanding Philanthropist for 2006. 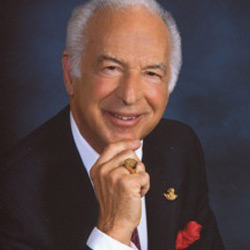