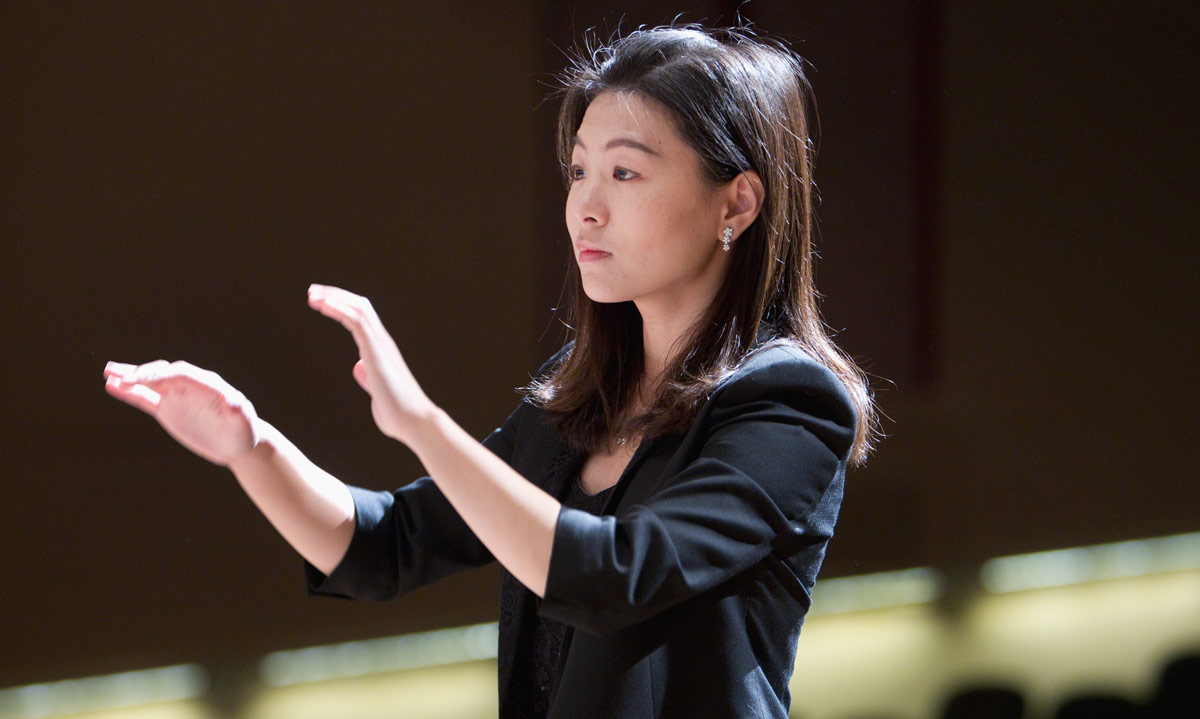 This year is proving to be an exceptional one for female conductors at the USC Thornton School of Music, as three Choral and Sacred Music DMA candidates are earning plaudits on the podium in this country and internationally.

Jenny Wong is thriving as the assistant conductor of the Los Angeles Master Chorale, a position she received in 2016 and one previously held by Lesley Leighton (MM ’91, DMA ‘12). Irene Apanovitch, lead conductor of the Oriana Women’s Choir, was one of eight semi-finalists representing the U.S. in this year’s American Choral Directors Association Graduate Conducting Competition. Shou-Ping Liu, conductor of USC’s University Chorus, was recently appointed as the conductor of both the orchestra and chorus at Union College in New York. One of the first representatives from the U.S. to participate in the Nordic Masterclass for Conductors in Denmark, she’s also been invited to conduct the Bohuslav Martinů Philharmonic Orchestra in a masterclass in Zlín, Czech Republic.

“I’m so proud of the students, and I’m proud of the program,” said Jo-Michael Scheibe, chair of the Choral and Sacred Music department. “Our students are rising to the top and it is not based on gender but on talent, scholarship, hard work and intuitive musicianship.”

Wong, Apanovitch, and Liu each credit USC Thornton’s innovative and comprehensive DMA program with preparing them for the opportunities they have had. The coursework, combined with invaluable guidance from USC Thornton faculty members, has aided them in their professional endeavors, they said.

“The DMA at Thornton is a very comprehensive program,” said Liu. “You have to have three additional fields on top of your own major. So it really equips you, not just as a musician, but also as a musician in the 21st century. I think that’s very special, because not every school offers that.”

“We don’t close doors at Thornton,” said Scheibe. “Our DMA curriculum allows students to pursue options in numerous fields, and many of our conductors, male and female, are choosing instrumental conducting as one of their specializations.”

When Liu, originally a pianist, was first asked to conduct the University Chorus, the feeling of making music with other people resonated with her. “I really didn’t realize how lonely I was as a pianist,” she said. “For pianists, it’s maybe once every year you play with some kind of chamber group. But once I’m in front of a group, I say, ‘Wow, that’s so much fun! I’m sharing what I think is right with other people.’”

The Demands of the Podium

“There have always been students in our program interested in conducting, but Jenny, Irene, and Shou-Ping are representative of our recent students who have found success both in choral and orchestral conducting,” said Scheibe. “They have great role models in our own faculty and nationally.”

Gender is not the most challenging aspect of these women’s work. It’s the demands of conducting itself, but all three are aware that they are entering a field where women are far in the minority.

Wong believes it is critical for female conductors to advocate for one another if greater numbers of females are to succeed in the male-dominated field. “I think it’s so important in any industry, but especially in an industry where women are really emerging into leadership positions, that we cheer each other on and create opportunities for each other and recommend each other,” she said.

“You owe it to yourself and to the people you make music with to give your best in anything that you do,” Apanovitch explained. “If you get caught up thinking about the negative context of your work, it could preclude you from actually doing a good job and being a professional.”

Said Liu: “I don’t think I’m a female conductor when I conduct. I just go up, and then I start doing it.”

Wong agreed. “I personally feel that—male conductor/female conductor—it doesn’t matter. It matters what kind of person you are. You bring everything and everyone that’s ever been in your life—every emotion, every studied score—all of that goes up to the podium with you.” 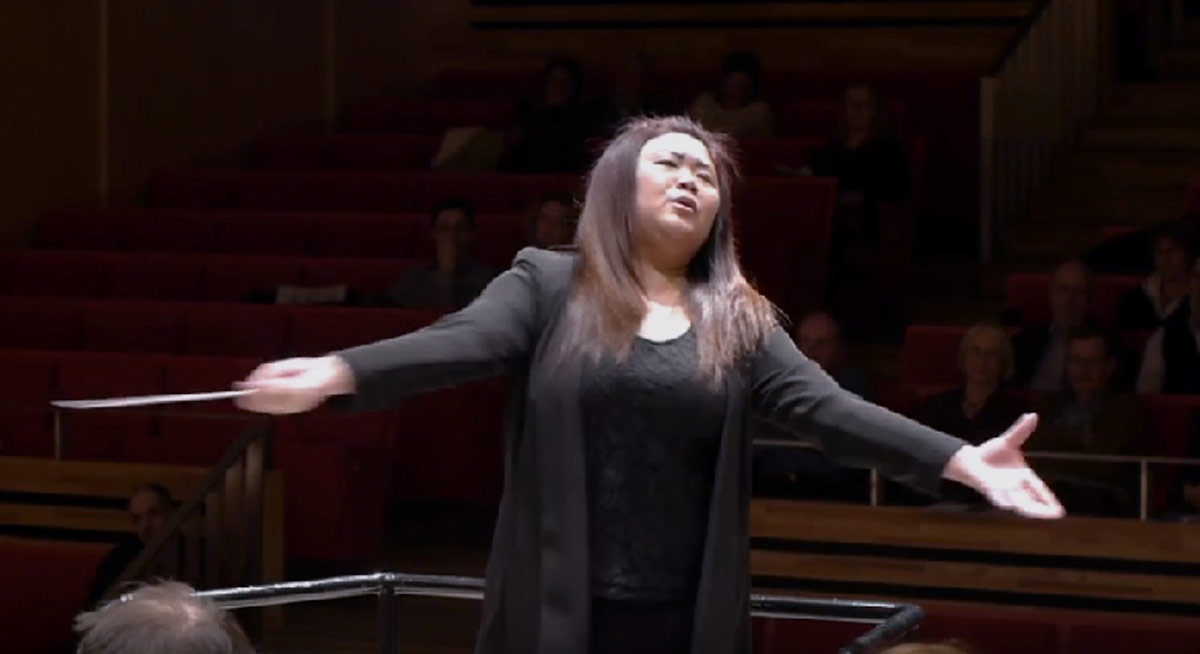 “I hope that as more female conductors get out there and do their thing, it will become the norm to be a female on the podium,” said Apanovitch. “Then, we will start to talk about differences in gender when it comes to conducting in a more nuanced way where we’re considering trends that stem from the music rather than the people.”

“There is a great quote from Esa-Pekka Salonen about ten tips for a conductor,” said Scheibe. “His final tip is to be a man or a woman, but be a conductor. It’s something I share with my students at the beginning of the year. Be you regardless of gender. Don’t be an imposter. Be who you are.”