Finding the Sound of Your Time in a Laptop 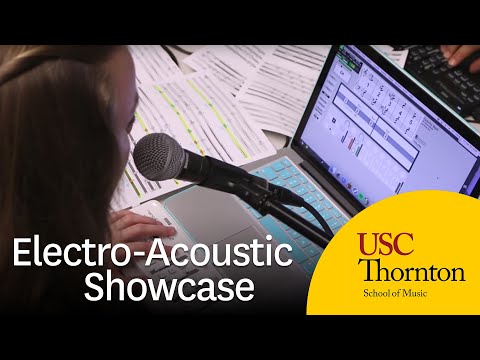 In the video above, Electro-Acoustic Showcase organizer Eric Pham prepares students for the performance.

For the composers in USC Thornton’s annual Electro-Acoustic Showcase on Mon., Feb. 27, computers are more than tools to aid the composition process. Their laptops are also their instruments.

“True modernity requires the sounds and language of your time,” said Composition DMA student Eric Pham, who leads the event. “Laptops are so central to our lives. We need to figure out what they mean to us as artists.”

“I have made electronic music using Logic and other sample enhancing and editing tools, but in the ensemble I am operating at an entirely different wavelength,” said Maia Thomas.

When composing with a laptop, students must challenge themselves to think about sound worlds rather than harmonies.

“There is a much broader realm of possibilities as to the types of sounds you can create with electronic music,” said Sophie Mathieu. “Performing laptop music requires a lot more creativity and awareness and I love that the pieces we perform are never exactly the same each time.”

Dan Caputo agreed. “The collaborative setting of working in an electro-acoustic ensemble allows for a totally different approach to sound creation, one that is perhaps more human and communicative,” he said. 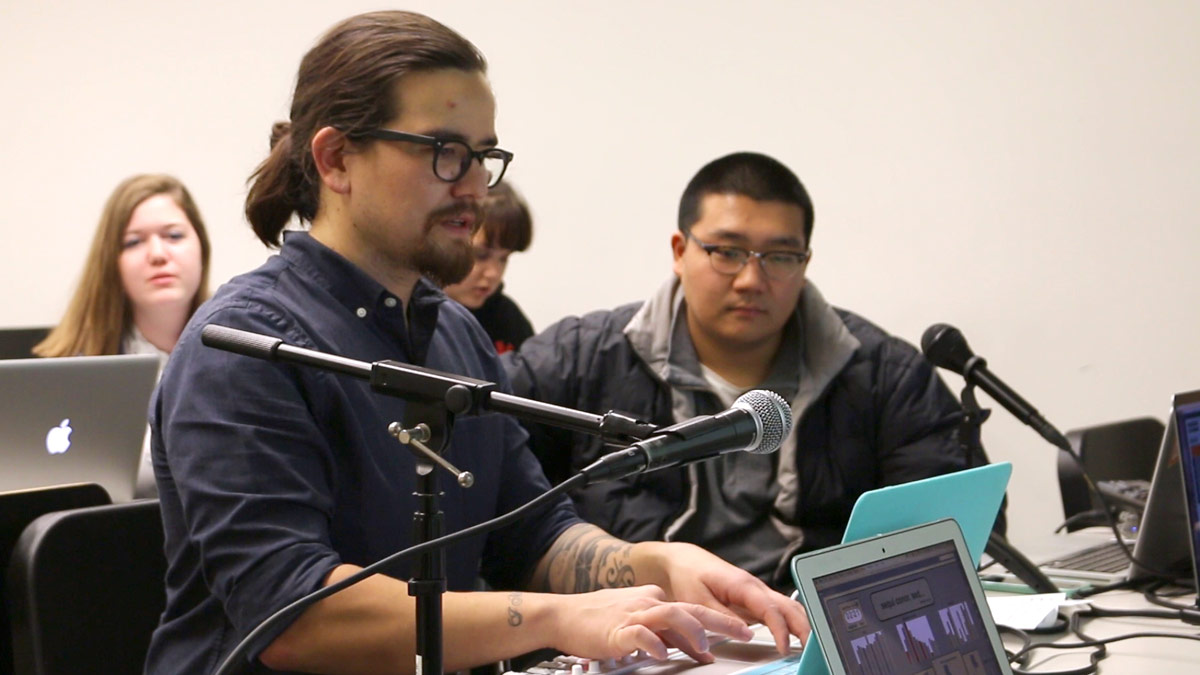 Performance Can Be A Conversation

Most of the students in the laptop ensemble are busy musicians in their own right, performing in everything from choirs and orchestras to Taiko drum ensembles.

“As a comparatively traditional composer and performer, this ensemble has taught me that performance can be a conversation,” said Thomas.

“I think the most interesting difference between those more traditional ensembles and the electro-acoustic ensemble is that I didn’t need to be particularly skilled in an instrument or practice to participate,” Composition student Richard An added. “Anyone can communicate their musical ideas more immediately, directly, and purely.”

Part of the appeal of electronic music is that anyone can turn a knob or press a button. But the musicianship required in an electro-acoustic context is often as demanding as that of traditional ensembles and sometimes requires special improvisational techniques.

“There is a lot that is left up to the performer, yet you still need the basic ensemble skills that you would use in chamber music or in a large ensemble,” said Mathieu, who regularly performs in choirs and as a cellist. 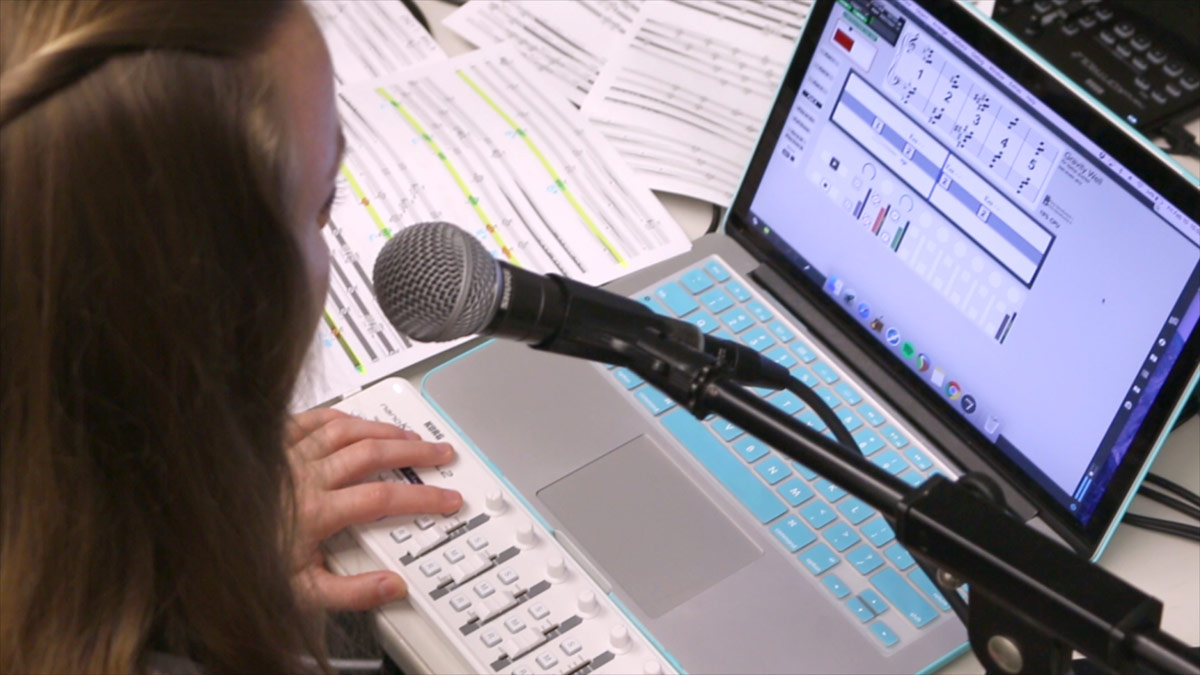 “I’m interested in adding these new sounds and devices to our common practices as composers and performers,” said ensemble leader Pham. “It’s not about replacing people or instruments with computers. It’s about using every tool available to express yourself, just as any musician has done in their own time.”

This is especially relevant in the digital age. Composers today must be able to interact with electronics in many different ways, whether making orchestral mockups out of synthesized samples, uploading music to YouTube, collaborating with musicians from afar or producing an album.

“Technological advancements and globalization have already lead to so much genre crossing in the music world that the skill set of a composer needs to be more varied than it used to be,” Pham said. “The outcome won’t be better or worse, but it will be different.”

These elements of hybridity are what Pham hopes to reflect in the showcase. Both popular and classical genres will be featured and the performances will include the use of fixed media, laptop quartets played on MIDI controllers, live musicians, dance and even video.

“I couldn’t be prouder to be part of a team that challenges the boundaries of music with every knob turn, fader slide and button punch,” said Thomas.

The Electro-Acoustic Showcase will take place on Monday, February 27th at 7:30pm in Newman Recital Hall.