PICF ’16: From the Piatigorsky Archives – Part 1 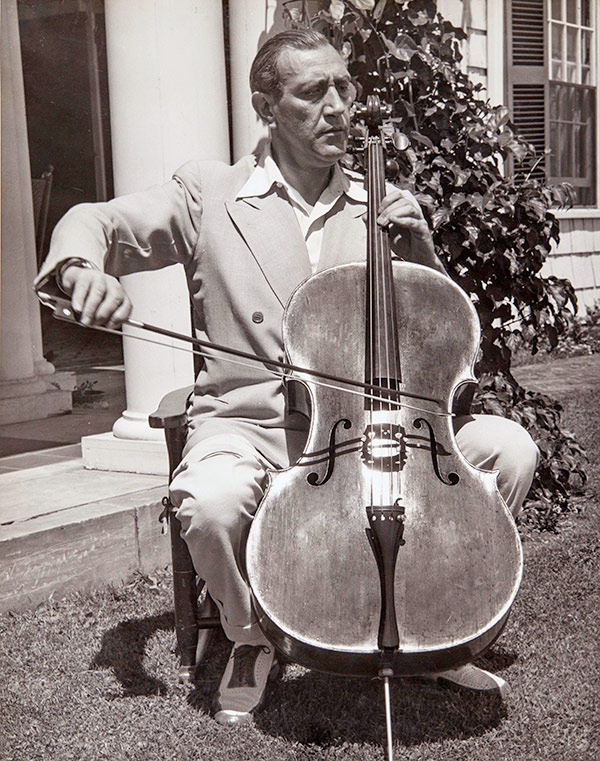 When Jacqueline Piatigorsky died at the age of 100, much of Gregor Piatigorsky’s personal archive was donated to the Colburn School in downtown Los Angeles. Over a hundred boxes of correspondence, orchestral scores, original manuscripts, concert programs, clippings, recordings, films, books and ephemera needed to be sorted, inventoried and properly stored.

As the former archives and museum director for the Los Angeles Philharmonic and Hollywood Bowl, I was asked to come in and help. With the support of the Piatigorsky Foundation, I brought in Clarice De Veyra, a professional archivist; Meagan Mason and Alison Maggart, both Ph.D. candidates in musicology at USC Thornton School of Music; a French translator, Nicolas Gruter, a USC Thornton alumnus; and Irina Osetinskaya, a musicologist and Russian translator who formerly worked at the Mariinsky Theater in St. Petersburg.

Together the Piatigorsky Archives team at Colburn has read thousands of letters, examined hundreds of scores, listened to hundreds of recordings, watched dozens of films, and made detailed inventories. Three thousand items have been professionally digitized, and a website is in progress. It’s been a fantastic journey, full of fascinating moments, like discovering Piatigorsky’s letters home from concert tours, full of funny stories about bad orchestras (and good ones), having to sleep in an upper berth with his cello or meeting up with old pals from Russia in unlikely Midwestern towns. 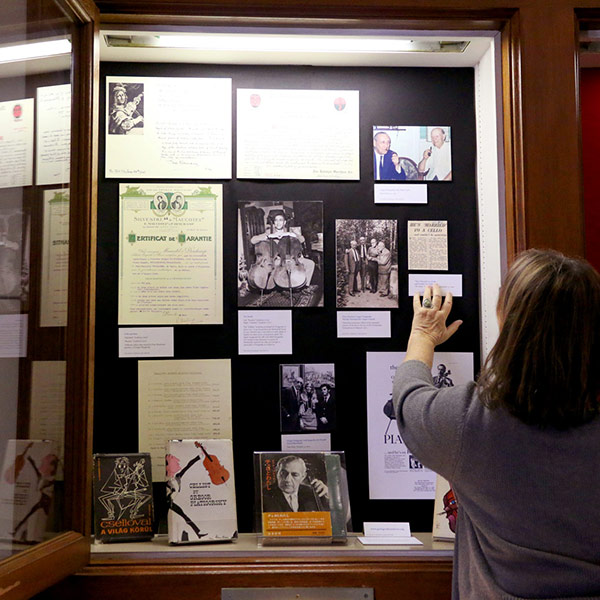 There are photos of Piatigorsky swapping violin and cello with Isaac Stern and laughing on the beach with Heifetz; letters from Casals, Milhaud, Walton, Castelnuovo-Tedesco, and many more; and test pressings of recordings with Heifetz and others.

I was lucky enough to be a graduate of the USC Thornton School of Music in the nineteen-sixties, when Piatigorsky and Heifetz were on the faculty. When I went to my lessons with Madame Alice Ehlers at Clark House, I often saw Piatigorsky on the stairs, looking like a giant with his cello. Recalling these moments makes it a joy, both personally and professionally, to work on the Piatigorsky Archives.

Examples from the archives will be displayed outside of Alfred Newman Recital Hall at USC during the Piatigorsky Festival. A website for the Piatigorsky Archives is due to be launched soon.

Stay tuned for future installments in our exploration of the Piatigorsky Archives. The Piatigorsky International Cello Festival runs May 13-22 on the campus of USC.