Gail Eichenthal is senior director of Community Engagement for the USC Radio Group, which includes KUSC Los Angeles and KDFC San Francisco. She oversees community engagement and live concert broadcasts, and contributes to KUSC’s arts magazine program, “Arts Alive,” which she created in 2006. As an on-air host, she’s heard Sundays 4–6 p.m. on KUSC.

A graduate of UCLA in Music and English, Gail began her association with KUSC as Abram Chasins Intern in 1976, joining the staff the following year as a programming assistant, on-air host, and documentary producer. She began her 20-year association with the Los Angeles Philharmonic in 1978, becoming the first woman to host the national radio broadcasts of a major American orchestra. She also served as the on-air co-host, along with Gene Parrish, for the LA Opera’s inaugural production, Otello, on October 7, 1986.

From 1994 to 2005, Gail expanded her career into broadcast news and was a staff reporter and news anchor at KNX-AM, the CBS news station in Los Angeles. At KNX, she picked up 13 Golden Mikes, the Bill Stout Enterprise Award, Associated Press awards, and other regional and national honors.

Gail is a proud member of the USC Thornton Board of Councilors and a director of the Colburn Foundation. 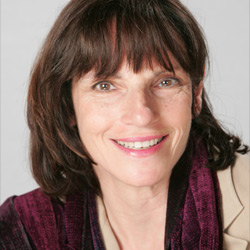