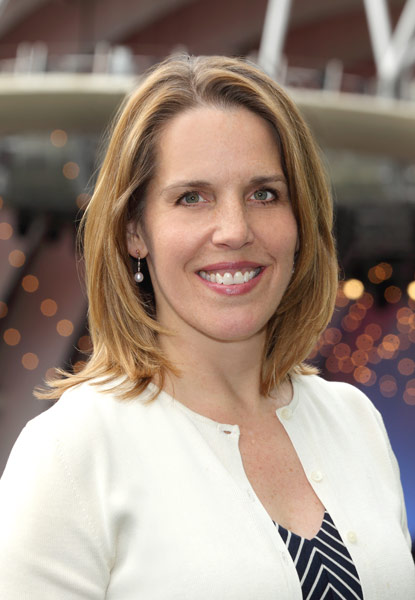 The 134th Commencement at the University of Southern California will take place on Friday, May 12th, and Gail Samuel, the acting president and chief executive officer of the Los Angeles Philharmonic, has been named as USC Thornton’s Commencement speaker. The Thornton School ceremony begins at 10:45 a.m. at the south lawn of Ramo Hall.

“I’m so touched by Dean Cutietta’s invitation to speak at the USC Thornton School of Music commencement,” said Samuel. “It’s meant so much to me to be a part of the Thornton School family and I look forward to being present with the graduates on this exciting day.”

Samuel has advanced through the Los Angeles Philharmonic (LA Phil) to her current position as acting president and chief executive officer. Her previous titles have included executive director, chief operating office, and vice president and general manager, philharmonic and production. In those capacities, she managed the orchestra, production, Hollywood Bowl, marketing, programming, PR and community/governmental affairs.

“We are thrilled that Gail will join us and speak to our exceptional graduates,” said Robert Cutietta, Dean of the USC Thornton School of Music. “Gail is not only an esteemed alumna of USC, but a trusted and respected colleague. I look forward to hearing the lessons and advice she will offer to our students.”

Samuel’s tenure at the LA Phil began 25 years ago when she first joined the organization as orchestra manager. Prior to coming to the Philharmonic, she held positions with the Minnesota Orchestra, Yale University, Tanglewood Music Festival and the Young Musicians Foundation.

A USC alumna, Samuel studied violin and earned undergraduate degrees in music from USC Thornton and psychology from USC Dornsife as well as an MBA from USC Marshall. She was honored with the 2014 Alumni Merit Award at the 81st Annual USC Alumni Awards. She has also served on the USC Thornton Board of Councilors since 2009.