Gary Glaze is a professor emeritus of vocal arts at the USC Thornton School of Music.

Gary Glaze, tenor, gained the attention of the music world during his 14 seasons with the New York City Opera at Lincoln Center, the Los Angeles Music Center and the Kennedy Center, in addition to regular concert appearances at Carnegie Hall, Avery Fisher Hall, Alice Tully Hall, the Metropolitan Museum of Art, Town Hall and the Caramoor Festival. After performing in the Metropolitan Opera parks series as Don Ottavio in Don Giovanni, he joined the Met roster and was engaged by opera companies across America. Of his acclaimed European debut as Count Almaviva in Rossini’s Il Barbiere di Siviglia with the Netherlands Opera, Het Parool wrote of him: “A discovery of importance; an agile lyric tenor with the silken-like brilliance of the pure bel-canto.” Re-engagements in Amsterdam followed, along with successful performances at the Prague State Opera as Tamino and as Tom Rakewell at the Teatro Colon in Buenos Aires.

Well-known for his stylish singing, Glaze has been heard on NPR and PBS broadcasts from Tully Hall at Lincoln Center. He performed with the New York Philharmonic under Leonard Bernstein, the Minnesota Orchestra under Scrowaczewski and Leppard, and with Arthur Fiedler in his famous pops concerts. In demand as a concert artist, Glaze has sung with orchestras and choral societies throughout the U.S., highlighted by performances under Sir David Willcocks in Bach’s St. Matthew Passion and title roles in Britten’s St. Nicolas and Elgar’s Dream of Gerontius. Chamber music collaborations are a particular love of Glaze’s, with performances at the Marlboro, Newport, Luzerne, San Luis Obispo and Mohawk Trails music festivals, as well as at the Library of Congress.

As a professor emeritus of vocal arts and opera at the USC Thornton School of Music, Glaze is known as a devoted teacher and mentor. During the 2013-14 season, his former USC students performed at the Metropolitan Opera, the New York City Opera and the Santa Fe Opera. Others have pursued significant careers throughout the U.S. and in major opera houses in Milan, Berlin, London, Rome and Copenhagen. Many have taken top honors in the Metropolitan Opera National Council auditions, Placido Domingo’s Operalia, the Zachery Competition, the World Music Masters Competition and NATS competitions.

Born in Pittsburgh, Glaze joined the Thornton faculty in 1992 and served as the chair of the vocal arts department and opera program for four three-year terms. As a compliment to his teaching, Glaze has acted as adjudicator for the Metropolitan National Council auditions, Bel Canto auditions and Zachary Society and Liszt competitions. He has given master classes in cities across America and in Guadalajara (Mexico), Beijing (China), Hvar (Croatia), Viterbo (Italy), and Qualicum, Vancouver Island British Columbia in Canada. 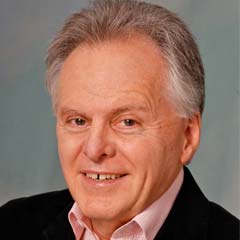