Henry Choi is the co-founder of Matiere, an emerging men’s fashion brand that reflects his passion for music and travel in its contemporary designs. In recognition of his garment and textiles expertise, Choi was recently initiated into the Council of Fashion Designers of America (CFDA), a not-for-profit trade association whose membership is comprised of more than 50 of America’s foremost womenswear, menswear, jewelry and accessory designers.

Born and raised in Hong Kong, Choi came to Los Angeles as a teenager. After graduating from Occidental College with a degree in Mathematics, he earned his Master of Music in violin performance from the USC Thornton School of Music in 1992. Choi worked as a classical violinist before he started his own garment manufacturing business in 1999.

He lives in South Pasadena with his wife Queence and their two daughters. 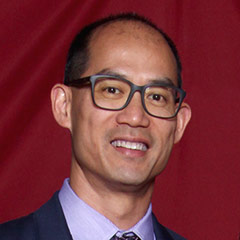