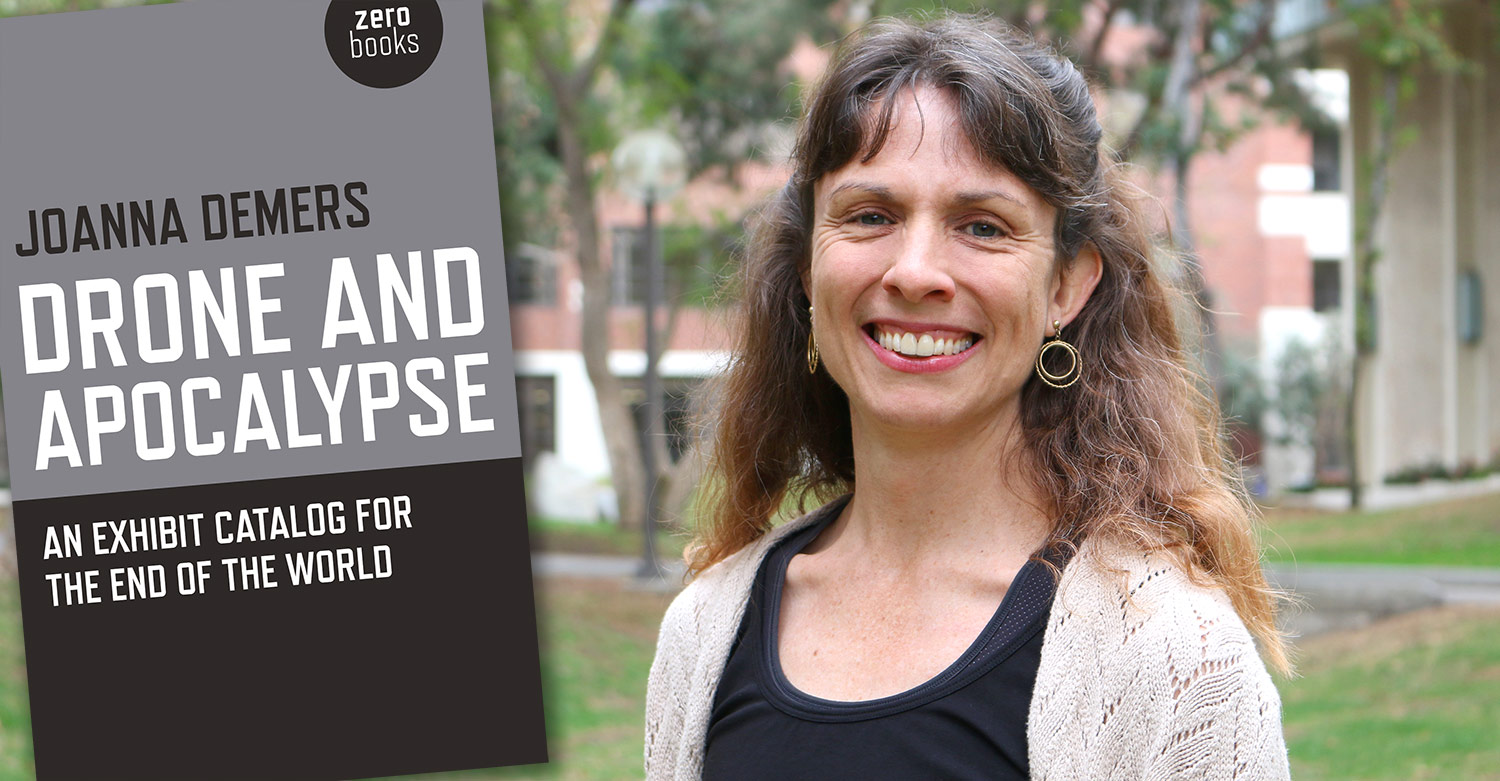 USC Thornton Musicology chair Joanna Demers brings together philosophical and musical commentary in her latest book, “Drone and Apocalypse: An Exhibit Catalog for the End of the World.” Released in December, the cultural retrospective uses an imaginative literary style to delve into 21st Century philosophy, art, and music.

The book marks a new approach for Demers, whose previous titles – “Listening Through the Noise: the Aesthetics of Experimental Electronic Music” and “Steal This Music: How Intellectual Property Law Affects Musical Creativity” – were purely musicological. Instead, “Drone and Apocalypse” utilizes a fictional plotline to frame a collection of cultural commentary.

“The thing about the book is that it has a fictional premise, but it’s not a novel. It’s not a fictional story,” Demers said. “It just invents a couple of fictional details in order to function as the kind of book you might expect to get if you were to go to LACMA or MOCA.”

“Drone and Apocalypse” focuses on imagined narrator Cynthia Wey, a failed artist whose belief in the impending apocalypse compels her to write a series of essays grappling with humanity’s demise. Drone music — a minimalistic genre — plays a central role in the book as a pre-occupation of the narrator and a metaphor for cultural deterioration.

The story takes place largely in the future, allowing Demers to pose questions about how contemporary art will fare after the 21st Century. Moving beyond theoretical scholarship into questions of social, cultural, and even personal catastrophe, Demers sees the book as an opportunity to share her artistic fascinations in a more accessible way.

“I think a lot of people, not just in musicology, but in the humanities broadly, are taking [new styles of writing] very seriously and are trying to write beautifully because they can interest anyone who is interested in music or art,” Demers said.

“Drone and Apocalypse” received a rave review from the British journal “The New Cross Review of Books,” which said that in taking risks, Demers’ has rewritten the rules for scholastic writing about modern music. In the words of reviewer Steve Hanson, “This is so very far from dry academic autopsy.” He called the book “delightful.”

Demers garnered inspiration for the project from the late German writer and literary scholar W.G. Sebald, who transformed his research into raw material for his novels and poetry. Riding high on the positive critical response to “Drone and Apocalypse,” she is already at work on another book that will append history with artistry.

“More of us [academics] should be doing that too, so that we’re not just doing scholarship,” Demers said. “So that we’re adding something to this body of work that we’re all studying.”

“I think a lot of people, not just in musicology, but in the humanities broadly ... are trying to write beautifully because they can interest anyone who is interested in music or art.”
—Joanna Demers