John Perry, distinguished artist and teacher, earned his bachelor’s and master’s degrees at the Eastman School of Music, where he was a student of Cecile Genhart. During those summers, he worked with the eminent Frank Mannheimer. Recipient of a Fulbright scholarship, he continued studies in Europe for four years, where he worked with Wladyslav Kedra, Polish concert artist and professor at the Akademie für Musik in Vienna; and Carlo Zecchi, renowned conductor, pianist and head of the piano department at the Santa Cecilia Academy of Music in Rome.

Perry has won numerous awards including the highest prizes in both the Busoni and Viotti international piano competitions in Italy and special honors at the Marguerite Long International Competition in Paris. Since then, he has performed extensively throughout Europe and North America to great critical acclaim. Also a respected chamber musician, Perry has collaborated with some of the finest instrumentalists in the world.

His recordings are available on the Telefunken, Musical Heritage Society, CBC, ACA and Fox labels. 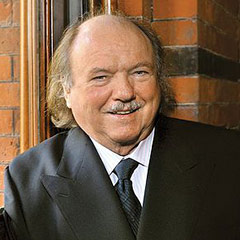