Ludwig Göransson and the Power of Collaboration 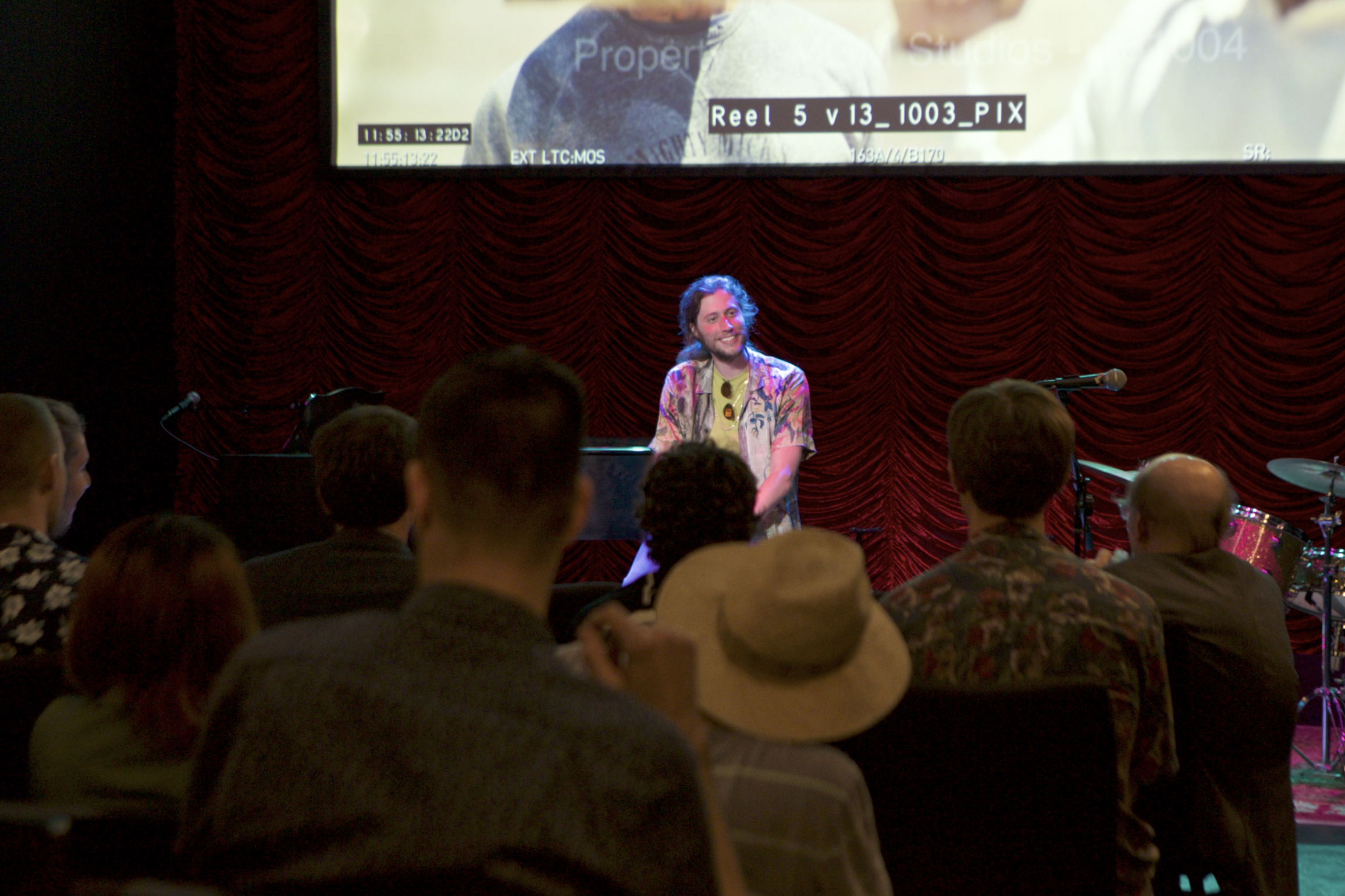 Screen Scoring alum Ludwig Göransson (GC ’08) spoke to students at an event in April about his work, and building a career. (Photo: Will Proctor/USC)

It’s been a good year for Ludwig Göransson. In 2019, the composer, record producer and USC Thornton alumnus won an Oscar and three GRAMMYs. He also scored the new high-profile Star Wars TV series The Mandolorian.

Last spring, as part of the Screen Scoring program’s Composition Forum, Göransson came back to USC to talk to students about his incredible journey.

It started when he typed “best school for film scoring” into his web browser and came across the USC Thornton Screen Scoring program. In 2007, he left his native country of Sweden and came to Los Angeles to earn his graduate certificate.

“For me, moving from Sweden, it was a challenge to kind of get situated and figure everything out,” Göransson said. “Especially in Los Angeles, such a big city. And the school is very supportive in terms of that. I feel like the school helped me find my place in this town.”

Part of finding his place was being open to collaboration. The Screen Scoring faculty encouraged him to work with filmmakers at the School of Cinematic Arts. Göransson took this advice to heart and scored between 20 to 30 student films.

During his time at USC, two fateful things happened to Göransson that changed the trajectory of his career.

One was meeting director Ryan Coogler. Of all the student films Göransson scored, Coogler’s 5-minute short stood out as something special. The two worked well together, and they struck up a lasting friendship.

The second thing occurred a couple weeks before graduation. Göransson sent his resume, along with an animated film he’d scored, to Professor Brian King, then director of the Screen Scoring program. The timing was serendipitous. Accomplished film composer Theodore Shapiro was looking for an assistant and had reached out to King for recommendations. Göransson interviewed and got the job.

Working Hard For His Money

Göransson obviously had talent, but it helped that he was willing to work incredibly hard and seize every opportunity.

He toiled as Shapiro’s assistant for a couple years before getting his first big professional break. Shapiro was offered a new TV project titled Community, but he was too busy to accept. So he suggested Göransson, but more importantly, he vouched for him.

“It helped,” Göransson said, “that Teddy [Shapiro] was a super nice guy who supported me.”

Then he got hired on two more projects, New Girl and Happy Endings. At one point, he was scoring three TV shows and still working full-time as Shapiro’s assistant. Needless to say, Göransson didn’t sleep much.

It was around this time that Donald Glover—aka Childish Gambino—who Göransson met on the set of Community, asked him to produce his mixtape Culdesac. Despite his brimming schedule, he agreed, and Culdesac was downloaded a couple million times within 24 hours of its release.

The duo got signed to a record label and became frequent collaborators. Now they’ve worked on four albums together, including This Is America, for which they won two GRAMMYs this year.

When asked how he managed so many projects at once, Göransson shrugged it off: “I’m pretty good at not taking things too seriously. It was never like life or death.”

You’re Too Big For This

Göransson kept this up until 2011, after he scored his first feature film, 30 Minutes or Less, and then he resigned as Shapiro’s assistant. Of course, before leaving, he reached out to his contacts at the Screen Scoring program and replaced himself with a recent graduate.

Not long after, he got a call from Ryan Coogler about Coogler’s first feature film, Fruitvale Station. Göransson recalls that Coogler was nervous to ask. “You’re too big for this,” he said. “It’s only a $5,000 composer fee.” But Göransson said yes. He knew if there was someone to take a risk on, it was Coogler. 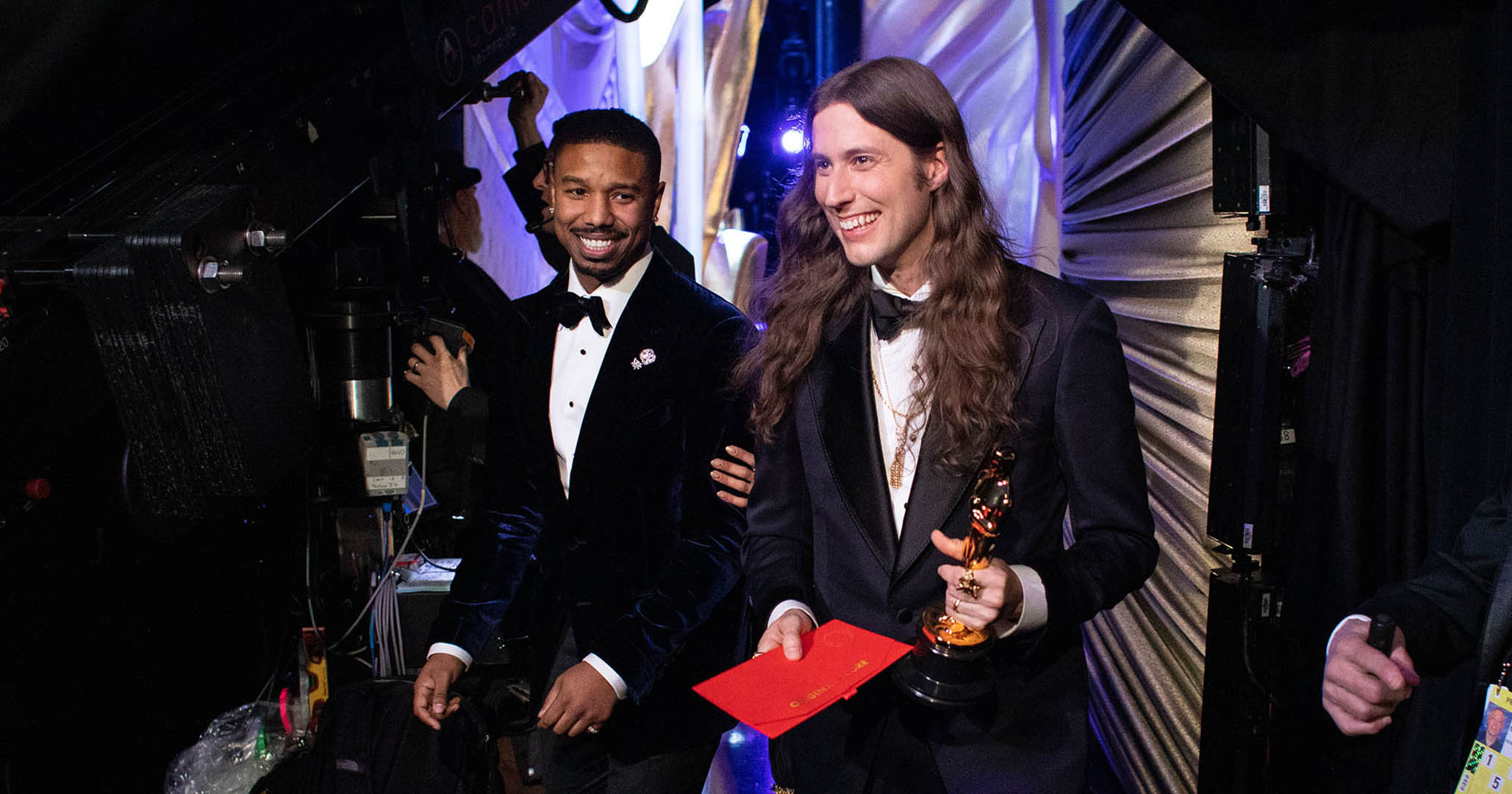 Ludwig Goransson poses backstage with the Oscar® for achievement in music written for motion pictures (original score) during the live ABC telecast of the 91st Oscars® at the Dolby® Theatre in Hollywood, CA on Sunday, February 24, 2019. (Photo by Matt Sayles / A.M.P.A.S)

Fruitvale Station won the Audience Award and Grand Jury Prize at the Sundance Film Festival in 2013. It found a theatrical release, garnered widespread critical acclaim, and made a strong profit. In Göransson’s words, “It changed Ryan’s life.” It also changed his own.

Göransson and Coogler went on to collaborate on Creed, another critical and financial success, and Black Panther, which smashed box office records and won three Academy Awards. Göransson took home an Oscar and a GRAMMY for the film.

Every Door is Open

Now at the height of his career, Göransson is giving opportunities to those just starting out. Toward the end of his talk, he introduced his assistant Joseph Shirley, also a USC Thornton Screen Scoring alumnus (GC ’15). He called Shirley, “a chameleon, like me,” and emphasized how important it is that “he knows all kinds of styles and instruments, can write a song, and understands tech.” 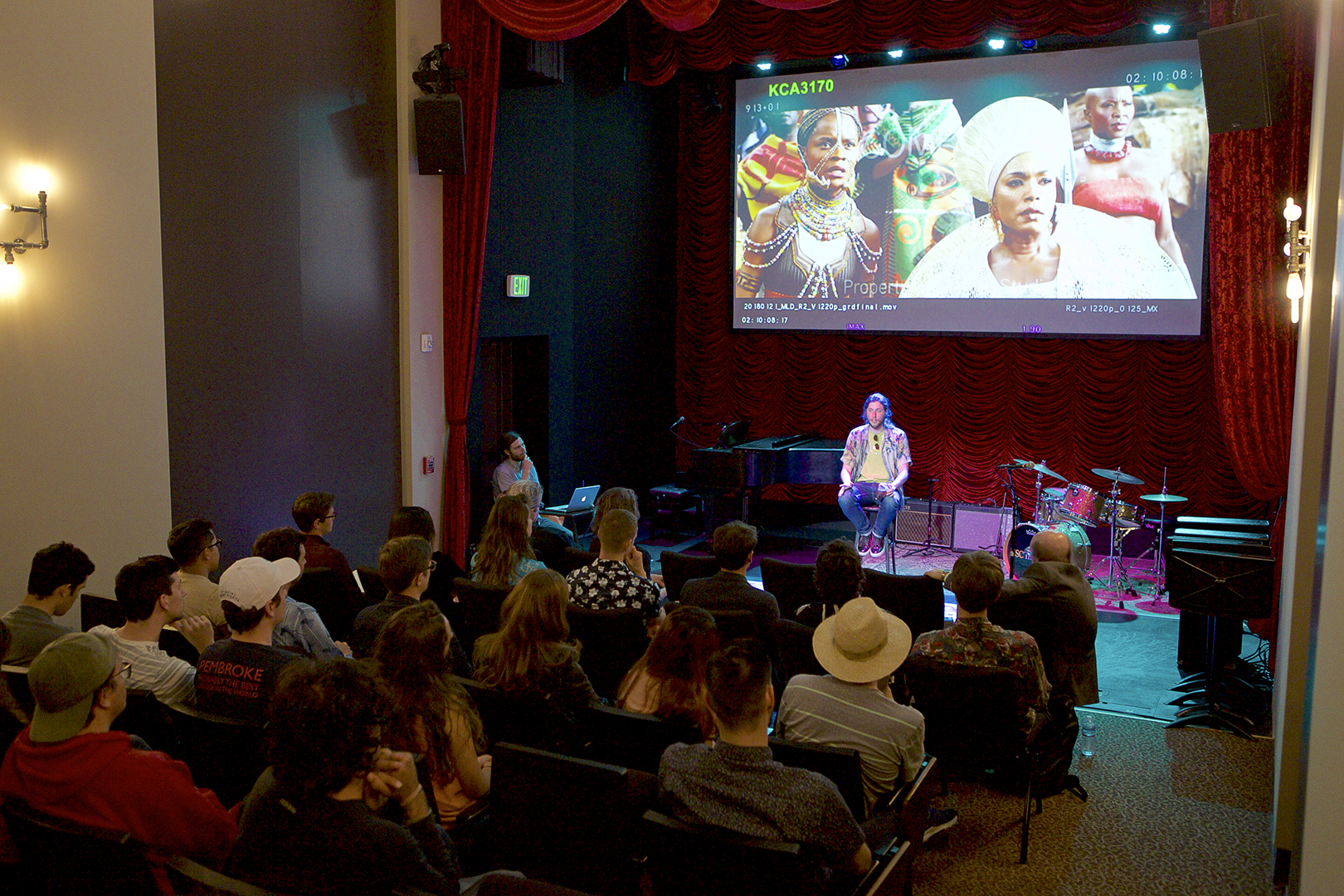 Göransson stressed the value of branching out, meeting people, and learning different mediums and approaches.

“Be as open as possible, and don’t just try and do one thing,” he told students. “You need to be good at many things. But you need to find your own sound.”

“I think with USC,” he continued, “what’s so incredible, being here, studying here, is the mass of creativity. As a student, every door is open. There are so many avenues for you. Animation, film, dance, theater. Being able to work with so many incredible people, it’s an awesome opportunity.”

In other words, get out there and collaborate.