When Thornton alum Carlos Rafael Rivera (MM ’04, DMA ’10) got the gig of a lifetime – scoring his first feature film – he had an impressive mentor to turn to for advice: Randy Newman, Academy Award-winning songwriter and composer. The two met as part of the USC Thornton School of Music’s Board of Councilors Mentorship program.

Last year, the young composer scored his first feature film, A Walk Among The Tombstones, starring Liam Neeson. While writing the score, Rivera reached out to Newman for advice and guidance in his work. 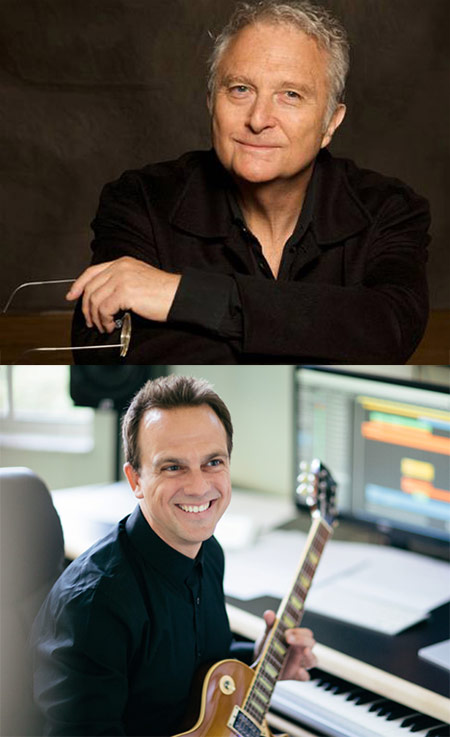 “When I’m writing something, I’ll send it to him or if I’m going to visit Los Angeles, I’ll go by his house and show him what I’m working on,” Rivera said. “It just goes to show what kind of a person, and mentor, he is.”

Thornton’s Board of Councilors is an advisory panel that helps plan the school’s strategic direction and features composers, Grammy-winning record producers and esteemed professionals in a variety of artistic fields. Each year, members are paired with current students in a mentorship program.

“Many students who apply are interested in making professional connections,” said Alison Maggart, who is pursuing a Ph.D. in Historical Musicology at Thornton. “For me, it was simply about meeting someone who also enjoyed talking about music. I wanted an intergenerational friendship, and that’s what I got!”

“MaryAnn is a wonderful sounding board for ideas,” Maggart said. “Her musicological interests were in Italian Renaissance and Baroque, while mine are in the 20th century. She’s always able to give me a fresh perspective.”

“I fell in love with teaching music history,” she said.

Maggart recently presented her research at the national conference of the American Musicological Society, a considerable achievement for a graduate student. Intent on pursuing a career in academia, her friendship with Bonino, who converted a career in musicology into the creation of an inventive series of concerts in historically significant places, has helped open possibilities for her own career.

“Ideally, I want to be a professor, but there are only so many positions that open each year,” said Maggart. “Seeing what MaryAnn has been able to accomplish has encouraged me to consider other potential careers involving producing or curating concerts.” 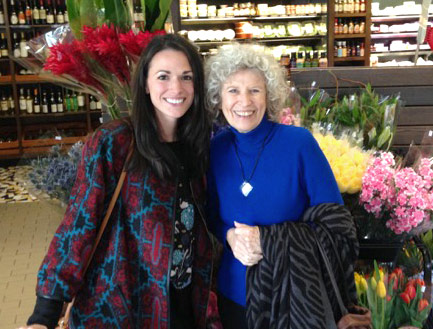 Musicology doctoral student Alison Maggart has found a striking personal connection with her Board of Councilors mentor, MaryAnn Bonino.

“Alison is so phenomenally talented that no matter which path she pursues – and there may be many – she will flourish and do great things for classical music,” Bonino said. “She has certainly opened new perspectives for me.”

The relationships that develop in the mentorship program are never the same. A mentor might help guide a student on what career path to pursue, or help them take their first steps into a chosen profession.

“I’ve been tremendously impressed by the students I’ve met through the program,” Newman said. “They’re extremely well prepared for a career in music and I no doubt have learned more from them than they have learned from me. Just kidding. Seriously, I’ve liked each one of them personally and each one of them loves music and deserves to earn a living from it.”

When Rivera was selected for the program, he was paired with Newman.

“You don’t get better preparation than that,” said Rivera. “It was like a dream come true.”

Though the initial meeting seemed daunting, Rivera was quick to limit his expectations and try to learn as much as he could from the time he had with the famed artist.

“This fifteen-minute meeting turned out to be a two-hour visit,” Rivera remembers. “It was a big surprise for me. Newman was terrifyingly honest, exactly what I imagined an ideal human being would be.”

Though the program is intended to run the course of a student’s time at Thornton, the relationship often endures for years afterwards. For Rivera, his decade-long friendship with Newman has helped shape his career.

“None of this would have happened had I not gone to USC,” he said.