Emily Cooley (MM, ’14) won $1000 and second prize in the MacDowell Club of Milwaukee’s 2012 Young Composer Competition. Open to composers aged 25 or younger, the competition was for a 6 to 8-minute classical chamber music work for three to six instruments. Cooley’s entry, entitled Variations on a Theme from “Wit”, was scored for violin, cello, and piano.

Jonathan Dormand (GCRT, ’14) was the fourth prize winner of the Isang Yun International Cello Competition. He was awarded prize money and performed the Prokofiev Sonata in the prize-winner’s concert.

Composition student Georgi Dimitrov (MM, ’14) was awarded with the Graduate Arts Award by the Jack Kent Cooke Foundation. The award provides individuals who display exceptional creative or artistic talent with a scholarship to be put toward graduate studies.

Sean Gehricke (MM, ’12) played in the first national tour of Elf, The Musical.

Hans Kristian Goldstein (MM, ’15) won the Schmidbauer International Competition for Strings in Nacodoches, Texas. The prize included a cash award, a performance with Orchestra of the Pines, and a solo recital at the University of Missouri-Kansas City.

Guk Hui Han (DMA, ’14) and Alina Roitstein (MM, ’14) participated in the finals of the Wigmore Hall Song Competition finals in London. Out of 170 applicants, Han and Roitstein were among the 26 accepted.

Ben Hopkins (BM, ’12) was chosen to perform the 1st movement of Beethoven Piano Concerto No. 3 with at the Valencia International Piano Academy in Valencia, Spain.

Shabnam Kalbasi (MM, ’12) won first place and the “Artist of the Year” award in the National Association of Teachers of Singing (NATS) Young Artist Competition. Kalbasi was awarded cash plus a professional recital. She also won the Brentwood-Westwood Symphony Orchestra Competition, and was the only singer to win. Included in her win was a concert with the Symphony Orchestra in its 60th season. 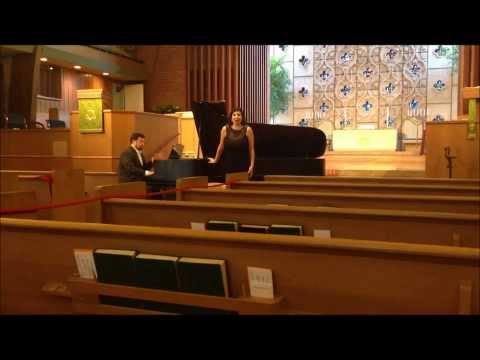 Michael Kaufman (DMA, ’14) was awarded the USC Thornton Performance and Presentation Award. Assessed for both performance and oral presentation skills, the winners are given a very unique opportunity to perform public recitals while sharing with the audience varied information regarding the repertoire. Kaufman performed his recital at the Richard Nixon Library.

Vimbayi Kaziboni will take his talents to Uzbekistan in 2014 as a part of the internationally renown Fulbright Program.

Vimbayi Kaziboni (BM, ’10) was awarded a Fullbright Award and will spend 2014 in Uzbekistan. He also was one of a handful of conductors chosen internationally for “The 21st Century American Contemporary Ensemble Workshop” at Carnegie Hall, where he worked with John Adams and David Robertson.

Jason Lo (DMA, ’16) won his division of the solo piano competition for the Music Teachers’ Association of California for the entire state.

Yoshi Masuda (DMA) was awarded the first prize and the John Hopkins Memorial Award at the Australian Concerto & Vocal Competition. Masuda won prize money and a concerto and recital tour in Australia. He also won the strings division and came in second place overall at the 40th National Young Artist Competition, hosted by the Midland Symphony Guild, in Texas. 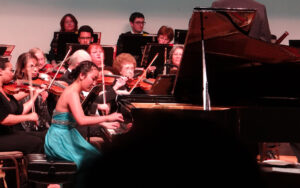 Jules Pegram (BM, ’13) was named the winner of the Marilyn Glick Young Composers Competition. Each of the 11 top music composition programs at schools nationwide were asked to submit one student composition, and Pegram’s work, “Neon Nights,” was named the winning entry. The Indianapolis Symphony Orchestra performed the work on three subscription-series. Pegram was also asked to participate in educational outreach programs throughout the week of rehearsals.

Alina Roitstein (MM, ’14) performed, with the Toomai String Quintet, in New York on the Carnegie Hall Neighborhood Concert Series to a sold out audience. A recording contract will yield a CD release of this performance and other songs.

Frédéric Rosselet (DMA, ’15) was named as a nominee for the Violoncello Foundation (VCF) Listeners’ Choice Award, following a public nomination round.

Tomomi Sato (BM, ’15) was named the winner of the California MTNA (Music Teachers National Association) Competition’s “Senior Performance.” As a result, she will represent the state of California at the Southwest Regional Competition in Utah. Sato also attended the Music Teachers National Association (MTNA) National Conference, participating in a masterclass at the Disneyland Hotel.

Jason Saunders (MM, ’14) was selected as a finalist for the 10th Annual Competition for Young Composers. As a finalist, Jason was commissioned to compose an original work to be premiered by YNYC at their June 2014 concert.

Rachel Siegal (MM, ’13) won a position with the President’s Own Marine Band in Washington, D.C.

Peter Walsh (BM, ’07; MM, ’09, DMA) was one of five pianists chosen nationwide for “The Song Continues” program at Carnegie Hall, where he was coached by Marilyn Horne, Jessye Norman and Dalton Baldwin.

Grant Yosenick (BM, ’16) recently claimed the grand prize of the Pacific Symphony Orchestra’s “OC Can You Sing” competition, securing a solo spot in a Pacific Symphony pops concert and vocal coaching with Broadway veteran Lisa Vroman. He also performed as a finalist with the Pacific Symphony as part of their Valentine’s program, featuring Kenny G, at the Segerstrom Center for Performing Arts.

Qi Zhang’s (DMA, ’14) Symphony in the Teapot, which was inspired by the history and culture of Chinese tea, was published by Edition Schott. This is the first time that this publisher has released an organ work by a Chinese composer.

Malia Civetz (BM, ’16) sung the National Anthem at the Staples Center for the LA Kings on March 7, 2012, and again on March 22, 2012, for the LA Dodgers at Camelback Ranch in Arizona. She also sung for the season openers for the Dodgers and Angels. 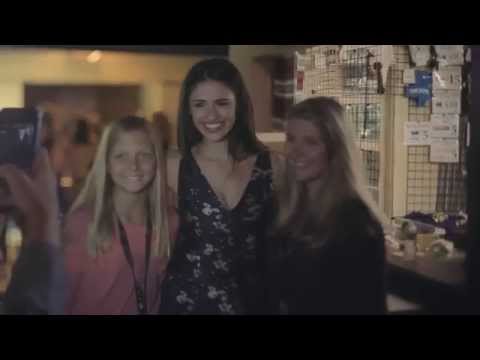 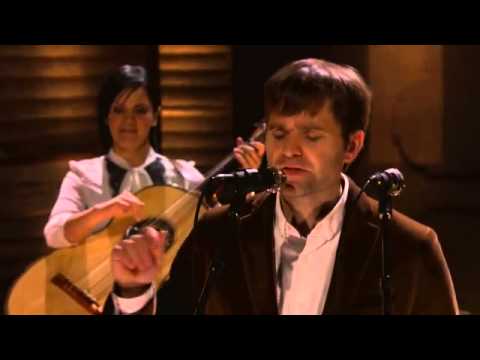 Reggie Grisham (MM, ’11) and J.G. Miller (DMA, ’13) performed with the legendary rock band The Who, in Montreal. Footage of the performance can be viewed here.

Jose Gurria (DMA, ’13) won the Jazz Educators Network (JEN) Composition Competition. Gurria’s composition was performed and acknowledged at the annual JEN congress during the first week of January 2013, in Atlanta.

Barry Harris (BM, ’13) was appointed to serve as the musical director for GRAMMY Foundation’s GRAMMY Camp Alumni band for a second consecutive year. The band features 11 GRAMMY Camp alumni who are currently students at USC Thornton. 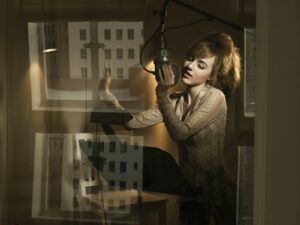 Lara Johnston’s songs “K.I.S.S. and “Here At The End Of The World” were chosen from over 20,000 entries as finalists in the famed International Songwriting Competition. K.I.S.S. went on to win first place in the Adult Contemporary division. 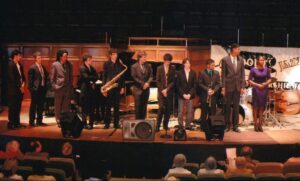 Luke Walton (BM, ’13) and Brandon Woodward (BM, ’14) and their band Exist Elsewhere won a competition to perform at the MacWorld/iWorld Indie Innovation Conference in San Francisco where they competed against another finalist. 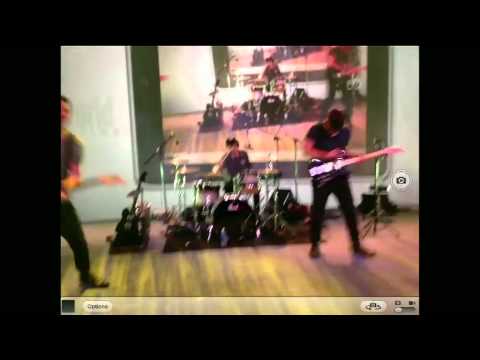 Lisa Crawford (DMA, ’15) was selected to present at the 2013 California All State Music Educators Conference in Fresno. Her session was titled “Improvisation and Composing Opportunities in the K-12 Music Classroom.”

Coreen Duffy‘s (DMA) article, “So Wild and Strange a Harmony,” was published in the April 2013 issue of the Choral Journal.

Huei-Yuan Pan’s (DMA) abstract submission, “Music and Aging: A literature review,” was accepted for presentation at the 2013 National Association for Music Education Northwest Division Conference.  Pan traveled to Oregon to present his poster, which addressed the effects of prior musical skill acquisition on cognitive function in advanced stages of life and therapeutic and educational musical practices with implications for improvements in the quality of life of aging populations. Eun Cho (music education) and Lisa Crawford (music education) were also accepted to present.