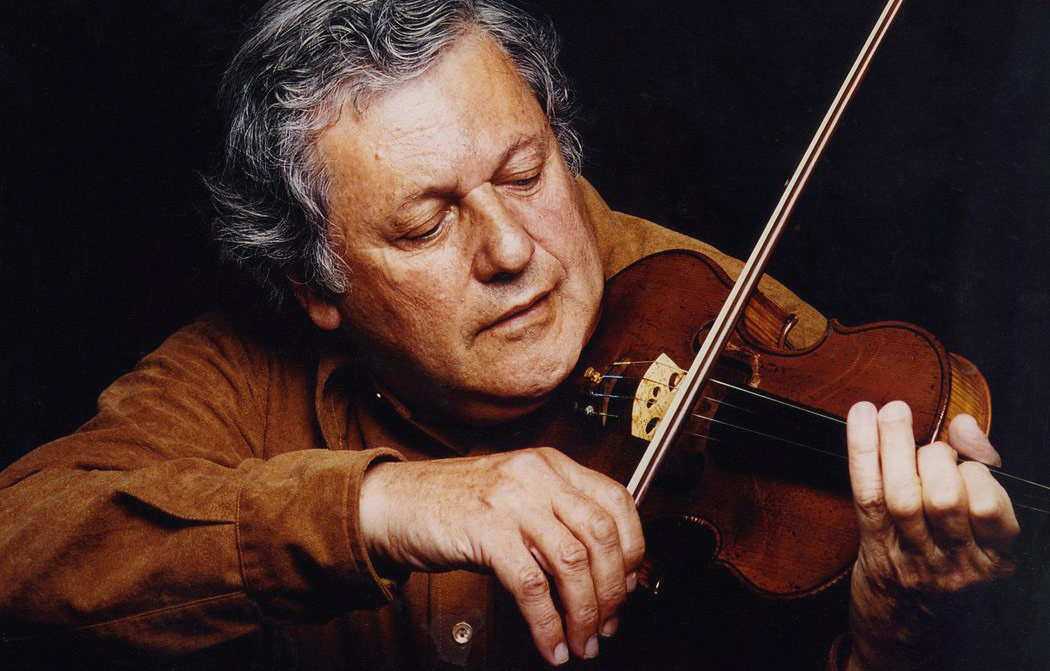 Robert Mann, photographed for the documentary “Speak the Music: Robert Mann and the Mysteries of Chamber Music” by Accentus Music

Robert Mann, violinist and one of the founders of the Juilliard String Quartet, died on Mon., Jan. 1 at home in New York. He was 97 years old.

At USC Thornton, celebrated violinist Glenn Dicterow returned to his native Los Angeles after more than three decades as concertmaster of the New York Philharmonic to become the first holder of the Robert Mann Chair in Strings and Chamber Music at the school.

“Robert Mann was a musical icon whose legacy spanned two centuries,” said Dicterow, now a full-time professor of violin at USC Thornton. “His music making was always thoughtful and profound. I was fortunate to be able to study sonatas and chamber music with him at Juilliard and was always inspired by his unique ability to convey his ideas of musical phrasing and subtle rhythmic timing so articulately.”

Performing well into his 90s, Mann last visited the USC campus three years ago to perform as first violinist with members of the American String Quartet as part of the celebration for the endowed chair in his name.

“It was an inspirational performance,” Dicterow added. “He played with such exuberance. His recordings of the works of Bartok, Beethoven and many others are legendary and definitive. We will miss this brilliant musician greatly.”

At USC, the endowed chair joins three other chairs that honor legends of the string world and former USC faculty: Jascha Heifetz, Gregor Piatigorsky, and Alice and Eleonore Schoenfeld.

“We are so excited and honored to add Robert Mann’s name to this impressive list to act as an inspiration to our students,” said Robert Cutietta, Dean of USC Thornton, in the gift announcement. “Robert and his wife Lucy stand as a testament to what can be accomplished when talented people devote their lives to music in an uncompromising search for excellence.”

After his army service in World War II, Mann was invited in 1946 by Juilliard’s then-president William Schuman to form the Juilliard Quartet. Along with two army friends, violinist Robert Koff and cellist Arthur Winograd, and violist Raphael Hillyer, the celebrated quartet began a remarkable career. For more than 50 years, Mann remained the constant in the quartet, inspiring generations of musicians while teaching at both Juilliard and the Manhattan School of Music and mentoring countless ensembles, among them the Emerson and Brentano string quartets.

In a 1993 interview NPR program Performance Today, Mann discussed his pitch to Schuman to create the quartet. “I told him,” Mann said, “that I hoped our quartet would play the classical music as if it had been just composed, and the contemporary music as if it were classical.”

Mann is survived by his wife, Lucy Rowan Mann; his children, Nicholas and Lisa Mann Marotta; and five grandchildren.