Richard serves as a member of the board of the LA Opera, Bet Tzedek Legal Services and St. Barnabas Senior Services; on the USC Thornton School of Music Board of Councilors; and on The Music Center Leadership Council. Richard was named to Barron’s “Top 100 Financial Advisors” every year from 2005 to 2018, as well as having been named on the Financial Times’ “Top 400 Financial Advisors” (2013-2018) and REP’s “Top 100 Wirehouse Advisors in America in 2017.” Richard was also named to Forbes Shook Research’s “America’s Top 100 Wealth Advisors” in 2017 and 2018. In 2015, Richard received the Humanitarian Award from the Holocaust Museum LA. Los Angeles Business Journal named Richard one of the “500 Most Influential People in Los Angeles” in July 2017 and one of most influential wealth managers in 2018. 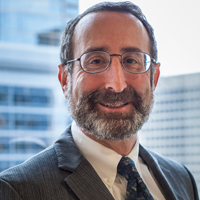