Rob Cavallo is chairman of Warner Bros. Records (WBR) and oversees all of the label’s creative operations and artist relations. One of the top-selling producers in the world, Cavallo has produced or had creative involvement in albums that have sold more than 130 million units. Cavallo has produced or worked with many Warner Music Group (WMG) artists, including Black Sabbath; Eric Clapton; Phil Collins; Fleetwood Mac; Goo Goo Dolls; Josh Groban; Gary Clark, Jr.; LP; Tegan & Sara; Chris Isaak; Jewel; Kid Rock; Alanis Morissette; My Chemical Romance; Paramore; Shinedown; and Green Day, which he signed to WBR and produced nine albums with. Cavallo has also worked on recordings for Avril Lavigne, David Cook, Adam Lambert, Less Than Jake, Meat Loaf, and Dave Matthews Band, as well as on numerous movie soundtracks.

Before joining WMG as chief creative officer in 2009, Cavallo spent two years as managing partner at Level 7/Broadcom and four years as senior vice president of music at Disney Studios and Hollywood Records. Prior to that he worked at Warner Bros. Records (since 1987). He landed his first job in the music business at The Complex Recording Studio and worked as a local musician and engineer in Los Angeles in the mid-’80s training with studio legends including George Massenburg and Nelson Riddle. Over the course of his career, Cavallo’s work has won 21 Grammy Awards, including “Producer of the Year” and “Record of the Year” (he has been nominated for Producer of the Year a total of four times); an Oscar; a Golden Globe; and numerous other honors. 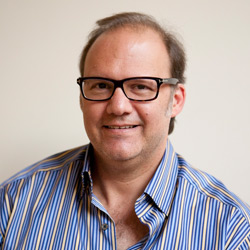