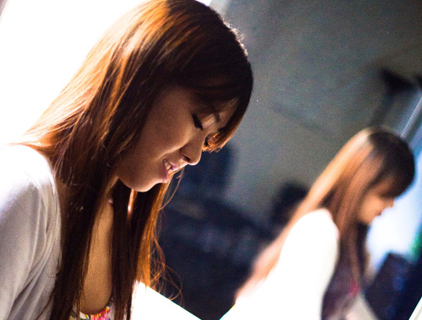 When Senior Keri Hui (BM’ 15) first arrived on campus, she had her sights set on graduating with a degree from USC Thornton’s Music Industry program. Now in her final year of her undergraduate career, the Keyboard Studies major has repeatedly flown across the country to perform – and win – piano concerto competitions, and earned a runner-up award in an international songwriting contest.

“What’s interesting to me is that after four years, I realized I would never give up piano because I just love it so much,” said Hui. “I look back on my time here and I feel like there’s just a super healthy and supportive atmosphere.”

Hui credits her professor, Norman Krieger, for showing her the possibilities of the piano when she first came to USC Thornton.

“I had always thought that the piano was just a percussion instrument,” explained Hui. “He taught me how to really imagine it as an orchestra, with different sounds, textures and layers.”

Hui reflects on the progress she has experienced both as student and performer, thanks in no small part to Krieger.

“A lot of people say he’s like a father figure,” said Hui. “Professor Krieger really takes care of not only your piano lessons, but in every aspect of life, and he’ll talk to you about anything.”

Though she admits she still experiences stage fright, even after winning a handful of competitions in the United States and abroad for piano, Hui has a clear and commanding stage presence, as seen by her taped performance at the Aloha International Piano Competition in Honolulu, Hawaii. 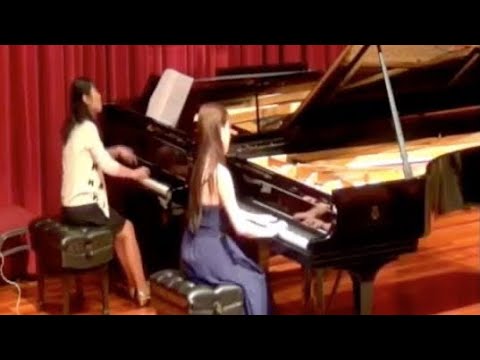 As the winner of the competition, Hui will perform as a guest artist of the Hawaii Youth Symphony’s 50th anniversary season on Dec. 7.

Last summer, after the competition in Hawaii, Hui traveled to Washington, D.C. and earned an Honorable Mention at the International Young Artist Piano Competition. While adding these accolades to her list of accomplishments, she feels that her music education has been a holistic one, and not just centered around piano.

Getting the chance to take a variety of courses at USC Thornton meant exposure to areas of study that would otherwise be unexplored. For Hui, that meant enrolling in a songwriting course as a freshman and later writing a song, submitting it and becoming a runner-up in the Song of The Year contest, an international song and lyric writing competition.

“When I go home, I’ll just randomly sing songs to relax. It’s more creative sometimes, and I feel like songwriting is more accessible to people because classical music demands a lot of patience,” said Hui.

Only two students in her songwriting class were music majors – a testament to the diverse blend of students who engage with a USC Thornton education, and a major reason why Hui was drawn to the program initially.

“Some people like to go to conservatories to study music, but then they can’t meet other people, or pursue other majors,” said Hui. “In terms of the growth of a student, I think that it really makes a difference to be able to meet not just musicians but other types of people.”