The Making of a Hit 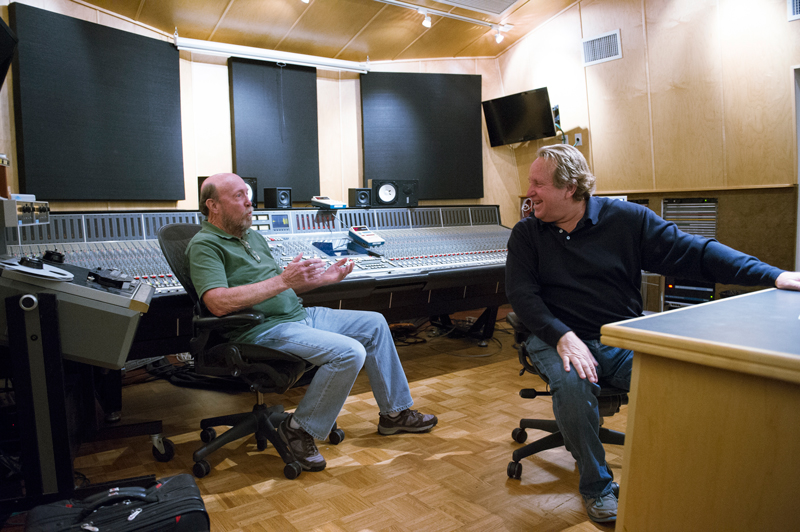 More than 30 years ago, the USC Thornton School of Music had an idea that became a major hit: a degree program focused on the music industry. In 1985, Thornton’s Recording Arts degree (which evolved into the Music Industry program) emerged as the first of its kind, immersing students in the recording arts in classrooms and state-of-the-art studios with major producers and engineers in Los Angeles.

Richard McIlvery (BM ’80, MM ’82), a successful touring guitarist, studio musician and recording engineer, had recently joined the faculty and was doing research on what the curriculum for such a groundbreaking program would look like and what resources were needed. He tapped his colleagues for input on program design — and later to teach classes.

“From the beginning, involving industry professionals was important in our vision for this program,” McIlvery said. “There were a few programs in the country, but they were ‘school’ recording arts programs: the people teaching them had read a book, and the school had no professional facilities and no defined goal for outcomes.”

McIlvery envisioned two programs covering the creative and production side (recording arts) and the business side (music industry), and when the Recording Arts program opened, it filled immediately. McIlvery said, “I realized a lot of people wanted to do this and were looking for a place.”

USC Thornton was the perfect place for such a program because it’s located in Los Angeles, the biggest market in the nation. And it didn’t hurt that McIlvery had an address book full of major players from his two decades in the business.

“People in the industry thought this was a good idea, and that really kickstarted the program,” McIlvery said. “I think that sets us apart from most schools. Where do you find somebody with the credentials that will come down on a Wednesday night to teach one class? The geographic location of USC gives us a license to steal.”

The Right Place, the Right People

Not all the professionals taught in the classroom. Some were more behind the scenes, consulting, advising and facilitating connections. Ed Cherney was one of the professionals who helped launch the program and stayed involved over the decades. 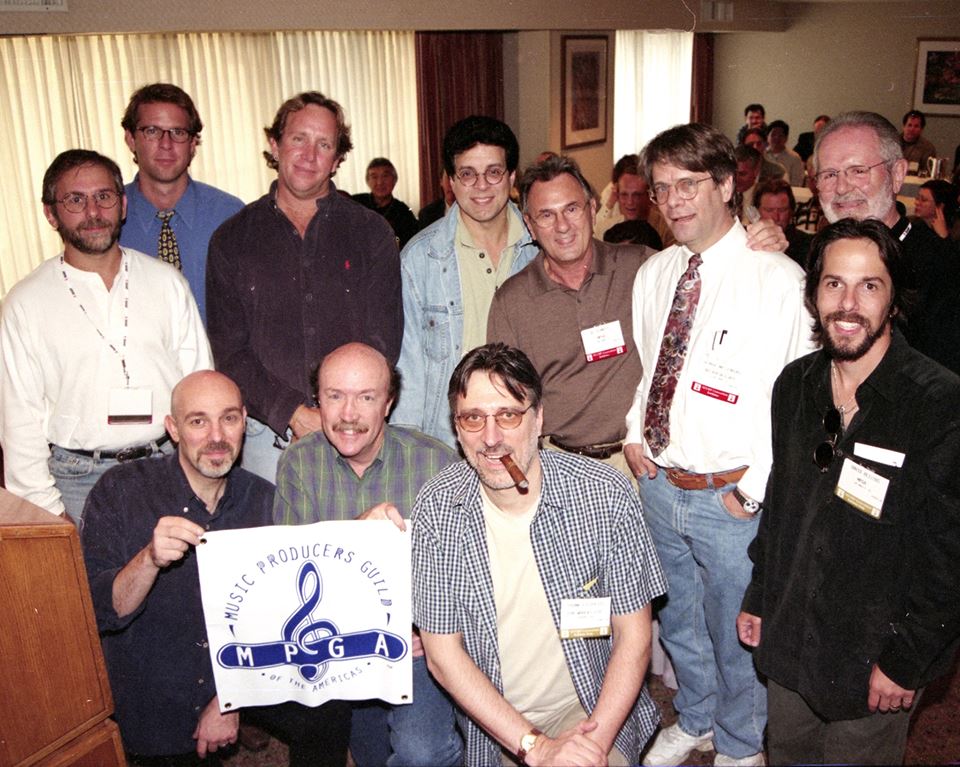 Cherney, a four-time GRAMMY-winning (and Emmy-winning) producer and engineer, was considered one of the best in the business. He engineered, mixed and produced albums with all the biggest artists: the Rolling Stones, Bob Dylan, Bonnie Raitt, Sting, Elton John, Willie Nelson. He died on Oct. 22 at the age of 69, occasioning an outpouring from the music community that so admired him.

“Ed was on board 100 percent,” McIlvery said. “He wanted to involve everybody he knew with USC. He would come to any class; he just loved education. The program wouldn’t have been as successful without him.”

Alumni at the Top

Alumni are now standouts in the industry. “Our very first graduate has won six GRAMMYs,” McIlvery said of Fred Vogler, head of audio at Disney Hall and the Hollywood Bowl, “It’s a feat that I don’t understand to win one, but six? Holy cow!”

Graduates come back to talk with current students all the time or provide tours of their facilities. “It’s been a great friendship and a great collaboration,” McIlvery said.

In 1995, the program moved into its second phase. The focus gradually shifted to a curriculum focusing on the business side of the music industry, including artist management, music publishing, live promotion, artist branding and marketing, and production and touring.

“A focus on the music business was such a large topic,” said Ken Lopez, who was appointed Chair in 2012 when USC Thornton launched the Contemporary Music Division. “It required specificity and focus and individual tracts that students could follow.”

Students wanted business skills and industry training while also having the option of pursuing electives in performance or other academic subjects. In the new curriculum, they were able to zero-in on the specific aspects of the industry they wanted to study. 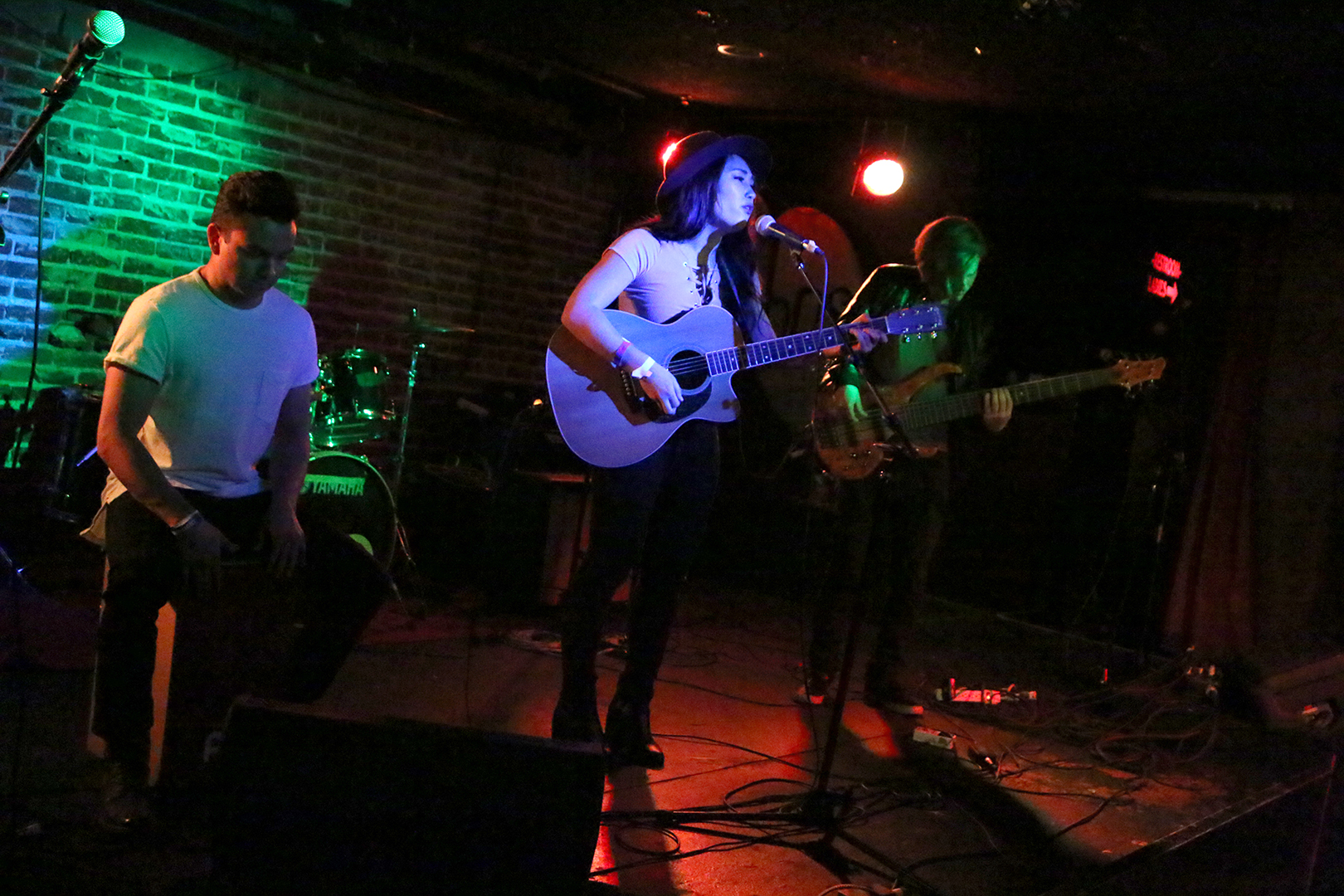 “The appealing aspect of the program as it stands now is its inherent flexibility and ability to absorb new trends,” Lopez said.

From those early days, there are now close to 500 students, including undergraduates, graduate students, and music minors. Current Chair Mike Garcia said about a third of Music Industry students are performers themselves and want to understand the business and the technologies in order to become better professional musicians, and the other two-thirds are looking to work on the business side, whether producing or managing other talent.

“Having both populations helps the Music Industry program because we understand every aspect of it,” said Garcia, the former senior VP and COO for Live Nation who has over 40 years of experience in the entertainment, concert promotion and venue management industries.

By the very nature of the industry-artist-school collaboration USC Thornton envisioned, the Music Industry program has continually evolved to keep pace with the business over the past three decades.

“We don’t sit still, we don’t rest on our laurels,” Garcia said. “We’re constantly refreshing our classes because the music business is constantly changing. As we develop cutting-edge classes, we seek first-rate faculty by reaching out in Los Angeles.”

Some of the top professionals most recently added to the faculty include Trudy Green, who has managed top artists like Michael Jackson and Aerosmith. Lindsay Wolfington, a music supervisor for the past 15 years, won the 2018 Guild of Music Supervisors Award. Kevin Lyman, best known as founder and producer of the Vans Warped Tour, received Billboard’s Humanitarian Award in 2018 for his work with FEND, an opioid education and prevention campaign.

While faculty are racking up impressive credits and awards, they are also writing definitive books. Emmy Award-winning composer and multi-Platinum RIAA-awarded record producer Richard Wolf wrote the book on mindfulness and music. Adjuncts Jeff and Todd Brabec wrote the book on publishing. “These are foundational books and techniques used across the country and the world,” Garcia said, “and they’re developed right here at USC in the Music Industry program.”

A model for music industry education, the program underscores how USC Thornton continually rethinks what it means to train musicians for successful careers.

“We’re trying to be ahead of the curve, trying to anticipate those changes in the Music Industry,” Garcia said. “We have a bright future ahead.”