Thom Mason founded the USC Thornton School of Music Jazz Studies Department in 1983 and was its chairman from 1983 to 1996. During that period, he created the bachelor of music, master’s of music and doctor of musical arts programs in jazz studies. He taught both undergraduate and graduate courses and served as academic advisor for all jazz studies doctoral students.

Mason has appeared as a soloist at jazz concerts throughout the world. As a sideman, he has played with such notable artists as Sarah Vaughan, Ella Fitzgerald, Tony Bennett, Shelly Berg, Steve Houghton, Jack Sheldon, Louis Bellson, Ndugu Chancler and Ernie Watts. Since coming to Los Angeles in 1977, Mason has worked actively in recording studios around L.A. playing numerous motion picture and television dates. He is a saxophone, clarinet and flute specialist and an artist/clinician for Jupiter Band instruments (Austin, Texas) and the Synthephone Wind Synthesizer Company (Bern, Switzerland). He has recorded four jazz albums under his own name and has appeared as a sideman on several other jazz and pop music albums.

In 1996, he received the Jazz Educator of the Year Award from the Los Angeles Jazz Society, both for his work in promoting jazz education and for his work in the community as executive director of the Jazz Arts Foundation, a non-profit organization dedicated to helping talented inner-city youths learn about jazz.

Mason is a trained composer with a strong interest in jazz pedagogy and the teaching of jazz ear training. He is the author of two books on aural skills for jazz musicians, an ear training computer software program, a middle-school band method for teaching jazz improvisation and several articles dealing with teaching and performing jazz music. 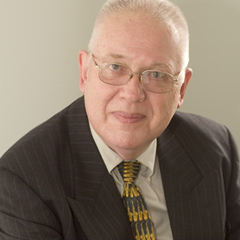