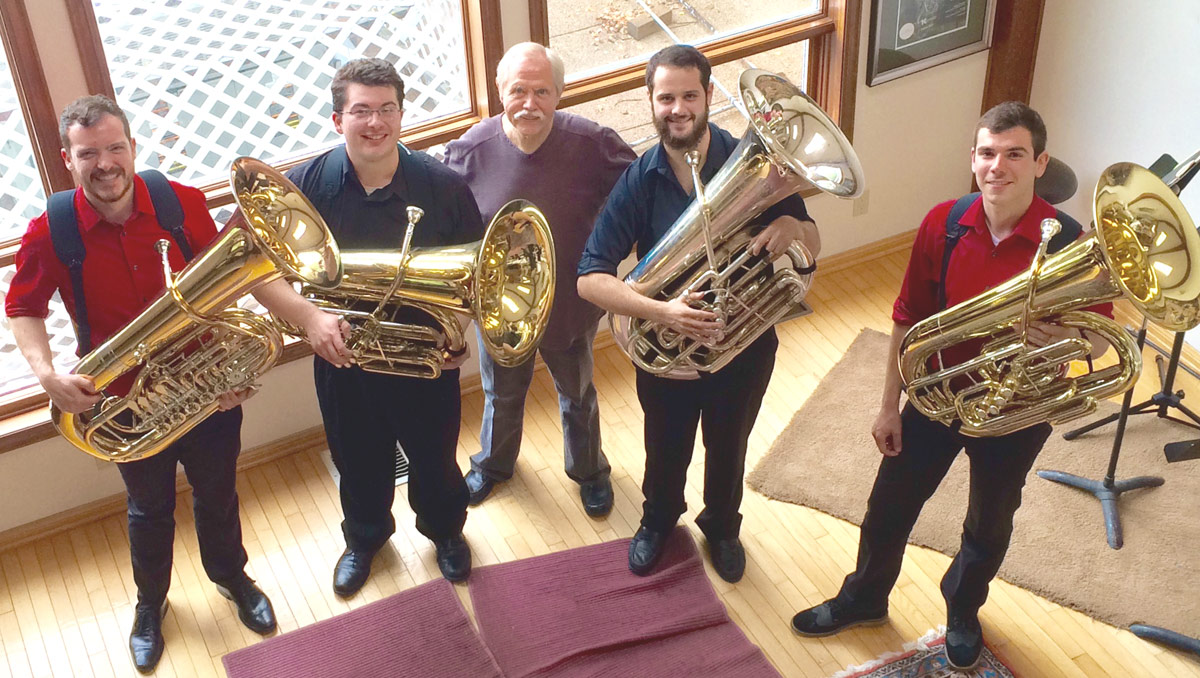 “There’s only one tuba player in an orchestra,” said Jim Self, head of the USC Thornton tuba studio. “But tuba players are clannish, and we keep in touch with one another.” And why not? According to Self, “most of the working professionals around Los Angeles have their degrees from Thornton.”

“In the ten years that I’ve been in charge of the tuba program I’ve tried to encourage our alumni to stay involved,” said Self. “For example, when our ensemble goes to play at a conference, I always invite our alumni to join in.”

Adding to the sense of intimacy and camaraderie is the small size of Thornton’s tuba program — there are only six students. This allows for a strong bond between teacher and student.

“My first year studying with Jim as my private teacher was a fun experience week to week,” said undergraduate student Cameron Holt. “He’d always make a point to ask how I was doing outside of playing the tuba and kept a constant, vested interest in how I was doing outside of Thornton. I wouldn’t be where I am today without those band directors and professors in my life, because they really do become life coaches in addition to music instructors.”

In addition to Self, the tuba faculty is rounded out by Norm Pearson of the Los Angeles Philharmonic and Doug Tornquist, a prominent studio musician and principal tuba of the Long Beach Symphony.

“ You would be hard-pressed to find such a line-up of tuba teachers all in one place anywhere else.”

“When you step back and really think about who the three of them are in the tuba world, it’s remarkable that consistently being around and learning from all three of them felt like normal,” said alum Kyle Richter MM ’16. “You would be hard-pressed to find such a line-up of tuba teachers all in one place anywhere else.”

“Here at Thornton we have an emphasis in chamber music, and it’s a great thing — very few schools have it,” said Self. “So every tuba student plays in a brass quintet. And every semester, we have a Brass Bash concert where all the brass chamber ensembles get together for a performance.”

Yet there is also an opportunity for Thornton tuba players to play with one another: the USC Bass Tuba Quartet. “It’s a mix of graduate students and the top undergraduate players,” said Self. “It’s an outgrowth of a professional group we had back in the 70s called the Los Angeles Tuba Quartet.”

In addition to Self, the Los Angeles Tuba Quartet featured Roger Bobo, Don Waldrop, and tuba legend Tommy Johnson, who was Self’s predecessor as head of Thornton’s tuba studio. “He was my teacher when I came to do my doctorate here,” said Self. “He was my mentor; he helped me a lot.”

Because very little music had previously been written for tuba quartet, the Los Angeles Tuba Quartet commissioned “a lot of music back then.” The USC Bass Tuba Quartet has continued that tradition.

“I’ve commissioned really good music from our faculty here, like Bruce Broughton, who’s a famous film composer. He wrote a great piece for us last year, and we premiered that,” said Self. “I’ve written music for them and done some tuba quartet arrangements. We’ve done lots of cool things over the years, so by now we’re getting quite a library of music for four tubas.”

An all-tuba ensemble challenges the students. “It makes them play beyond what they thought were their capabilities,” said Self.

The hard work was has paid off. Two years, ago at the International Tuba and Euphonium Conference, the quartet took first prize in the chamber music competition and appeared again at the conference in 2016. 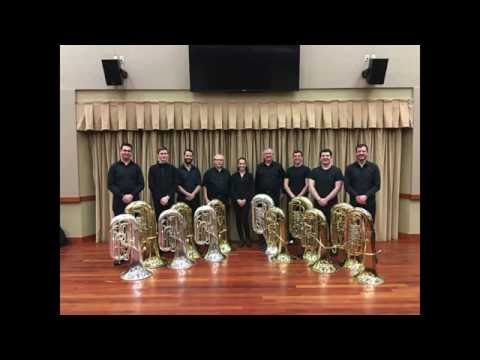 In 2016, the tuba studio recorded an original work by Self, entitled Snajort.

Self works tirelessly to ensure that the Thornton tuba students have every opportunity to improve their skills through performance. “We have a concert every spring at my home. We call it ‘Live from Bassett Hall,’” said Self. “It’s a private concert for 70-80 people, but it’s really a nice affair.”

Every winter, the tuba quartet gives a free holiday concert to the public as part of an event called TubaChristmas, in which hundreds of tuba players play free concerts in cities around the globe. “It’s become a worldwide Christmas tradition, but it was started by one of my teachers, Harvey Phillips,” said Self. “We’ve been doing it in LA for 40 years now.”

Thornton tuba students also learn the ropes of studio recording. Last year, all six tuba students recorded Snajort, an original piece by Self, and an arrangement of Polkadots and Moonbeams.

“Each year I try to give them a real studio experience, and we record really challenging music,” said Self. “I’ve always found throughout my teaching career that students like to be challenged. I always tell them, ‘prove to me that you can do it,’ and they like that.”