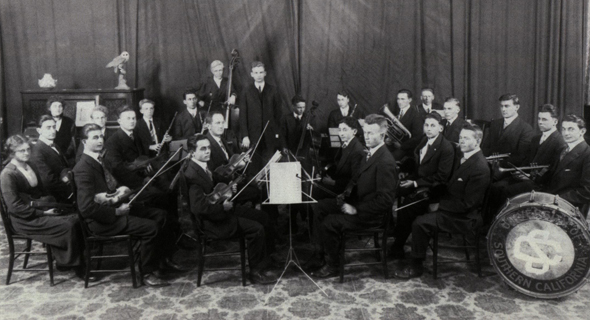 Founded over a century ago, the USC Thornton Symphony is one of the school’s oldest student performance ensembles. Here is an early iteration of the symphony in 1909. This photograph was likely taken in the Music Annex building, an old Victorian mansion that formerly occupied a plot of land at 30th Street and Figueroa several blocks north of campus. (The building has since been demolished.)