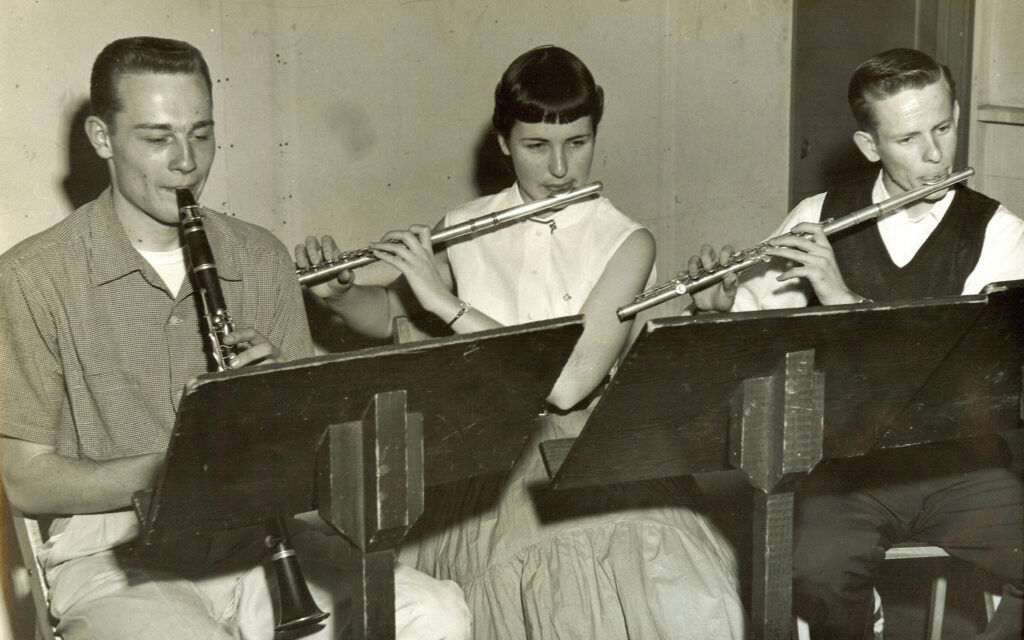 Since opening its doors in 1884, the USC Thornton School of Music has been the home of countless student performance ensembles, allowing USC students the opportunity to gain real-world performance experience in a professional, yet supportive setting. Over time, some of these ensembles have developed or transformed into entirely new performance groups, reflecting the dynamic nature of music performance and education. Others, such as the USC Thornton Symphony, have become flagship ensembles for the school.

The University of Southern California Concert Band, now the USC Thornton Concert Orchestra, is one of the school’s older ensembles. The group was led by Clarence Sawhill beginning in 1947, when Sawhill was named Director of Bands at USC. He remained at USC until 1952, when he moved across town to serve as Directors of Bands at the University of California, Los Angeles. In the photograph above, USC Concert Band students rehearse in an unidentified classroom in 1953.