Tony Woodcock places Thornton at the forefront of music education 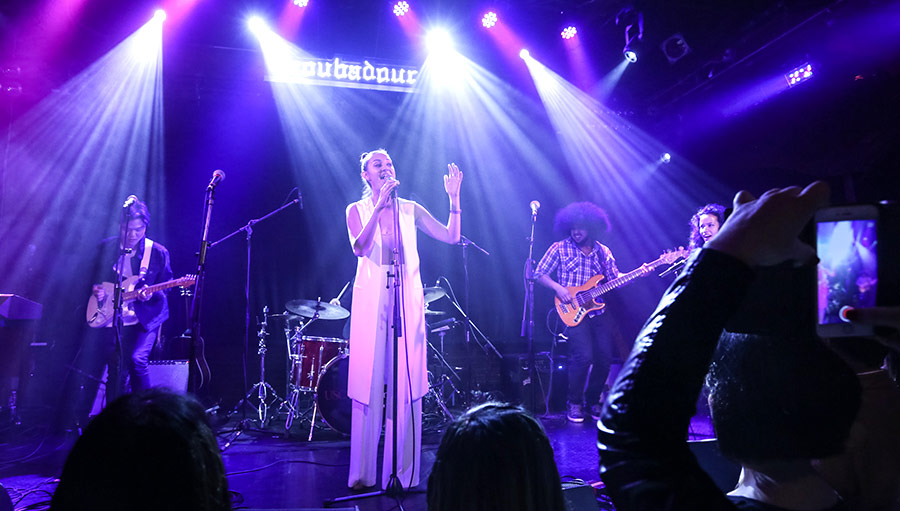 Popular Music is one of the fastest growing programs in the Division of Contemporary Music. Here, singer Brooke Randol performs at the program’s annual Senior Showcase at the Troubadour nightclub. (USC Photo/David Sprague)

Last month, Tony Woodcock, a pioneer in the fields of arts management and music education, visited the USC Thornton School of Music to consult with the next generation of professional musicians. Inspired by the innovations he observed at USC Thornton, he has published a two-part story on the school and its programs for the Huffington Post (Part One & Part Two).

“ [Dean Robert Cutietta] is a committed and passionate educationalist with a reputation as one of the most creative and innovative thinkers in the field.”

Formerly president of the New England Conservatory of Music, Woodcock has managed orchestras around the world from Minneapolis and Oregon to Liverpool and Bournemouth. He has organized international tours, forged agreements between major orchestras and collaborated with classical and popular artists, from Paul McCartney to Yakov Kreizberg.

At the forefront of Woodcock’s articles was his enthusiasm for the innovative educational structure of USC Thornton, which is subdivided into three divisions — Classical Performance & Composition, Contemporary Music, and Scholarly & Professional Studies. Robert Cutietta, Dean of both the USC Thornton School of Music and USC Glorya Kaufman School of Dance, was highly praised by Woodcock as “one of the most creative and innovative thinkers in the field.” 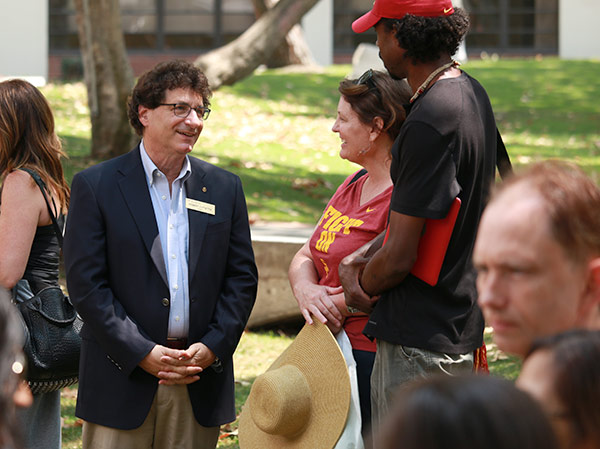 Woodcock’s admiration extended not only to Cutietta, but to the faculty, students and ensembles of the school’s Division of Classical Performance & Composition. “In classical music terms alone,” he noted, the school “can rival the best in the world.” Woodcock also commended Thornton’s community engagement programs, which have grown to become among the largest at USC.

“ My approach can best be described as ‘the joy of the unexpected outcome,’ which quite simply allows musicians to develop in all directions.”

“It’s serpentine-like, which the old model does not allow for,” Sampson told Woodcock, of his non-linear approach to curriculum in the Division of Contemporary Music. “My approach can best be described as ‘the joy of the unexpected outcome,’ which quite simply allows musicians to develop in all directions.”

Woodcock noted that the Popular Music Program has “quickly established a vital place for itself in the music world,” and emerged as one of the most selective at USC, with an acceptance rate on par with Harvard University’s, of approximately 6-7% of the more than 400 applications received each year. 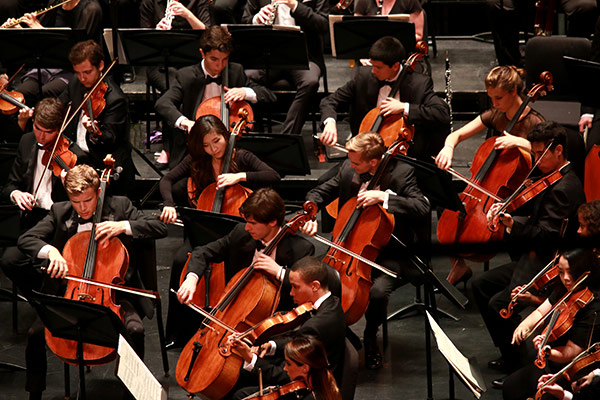 At the heart of Woodcock’s story is the question of whether USC Thornton’s innovative Classical and Contemporary structure will, as he hopes, “have the effect of creating a new paradigm for the teaching of music in Higher Education.” With the “revolutionary new ideas” championed by Dean Cutietta, Woodcock seemed optimistic about the new approaches to professional musicianship now flourishing across both of Thornton’s performance divisions.

“The nexus between [the Classical and Contemporary music] worlds may be at USC and the Thornton School with its balanced emphasis on both,” he concludes. “Given the thoughtful and intentional processes that the Thornton School has demonstrated over many years it is probably the best positioned school in the States at the moment to take this forward.”
“It’s exciting stuff.”