Trust Your Own Timing

USC Thornton celebrates its 136th Commencement with a speech from Gregg Field, whose multifaceted career is a model for professional musicians everywhere. 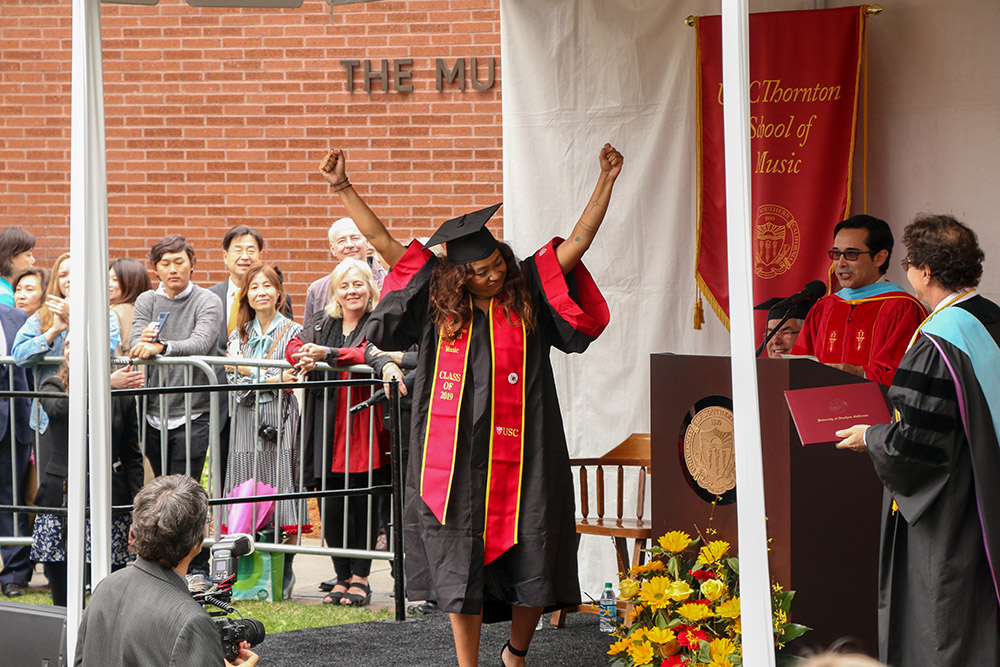 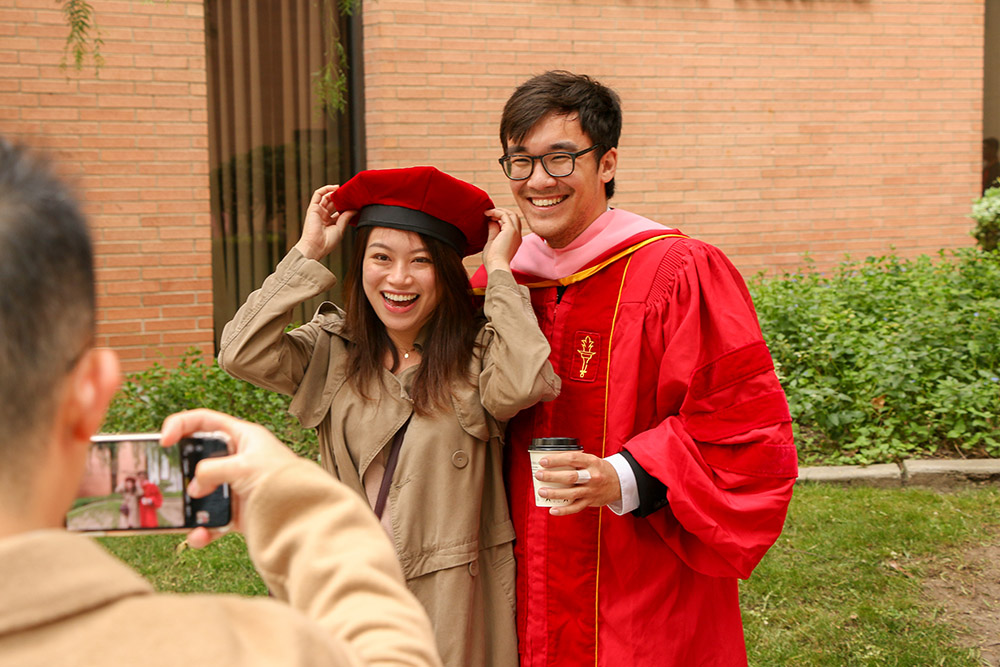 Photos from the 2019 USC Thornton Commencement Ceremony. (Photos by Will Proctor) 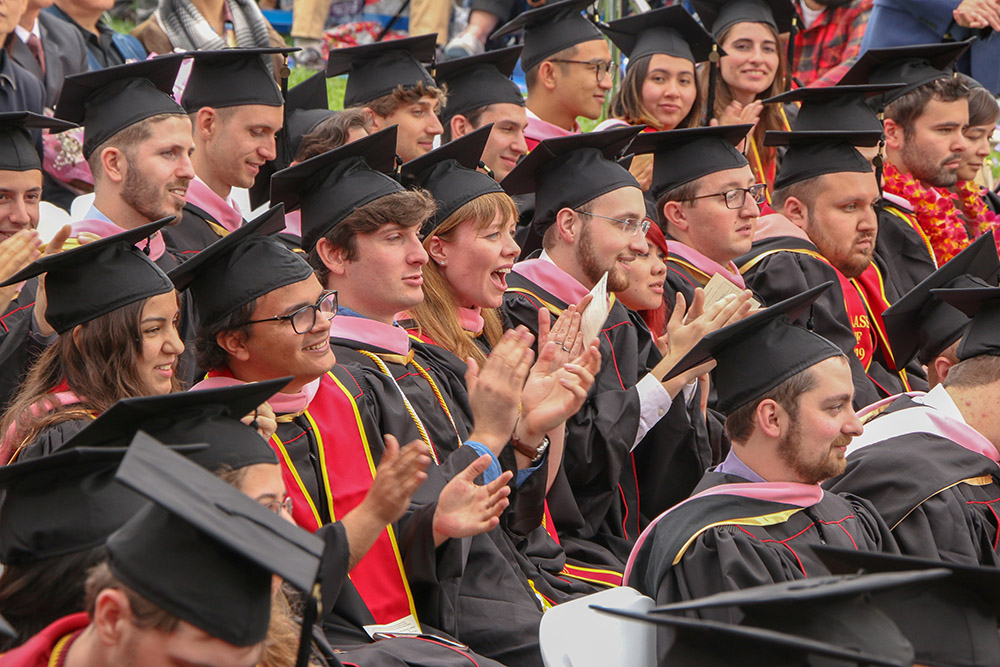 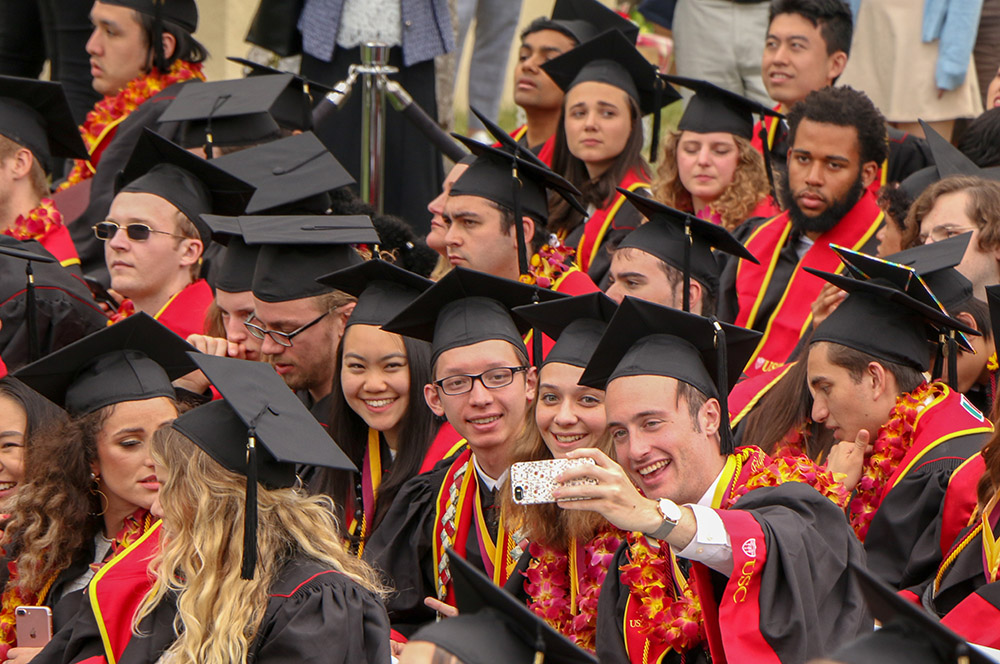 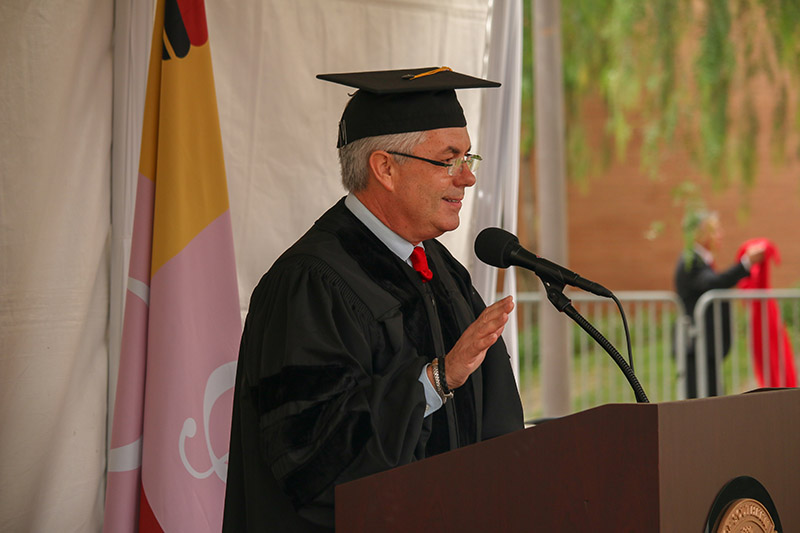 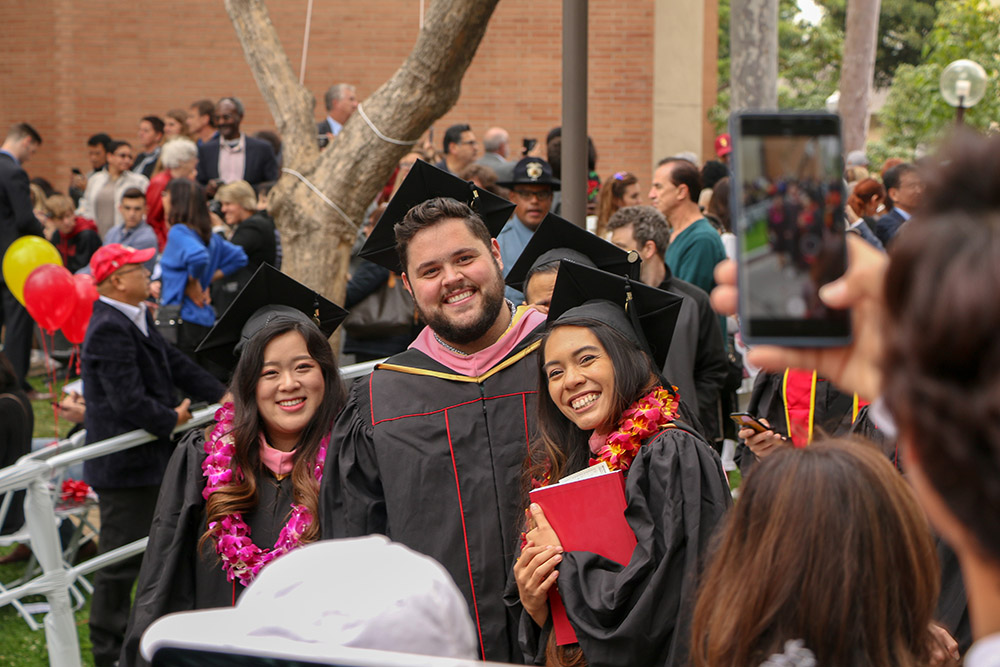 Dean Cutietta prepares to shake the hand of a Thornton graduate.

“It sounds like I can’t keep a job,” quipped Gregg Field after a rousing introduction from Robert Cutietta, Dean of the USC Thornton School of Music.

Not true at all. The eight-time GRAMMY Award winner and 2010 Producer of the Year has more accolades than he can count in his storied career as a drummer, producer, educator, entrepreneur and chair of USC Thornton’s Board of Councilors.

“This is my normal, and it can be yours, too,” he told the 2019 USC Thornton graduating class, highlighting what is increasingly becoming the norm for musical careers large and small: being a professional musician means having a multifaceted career. And who better to describe one than Field? 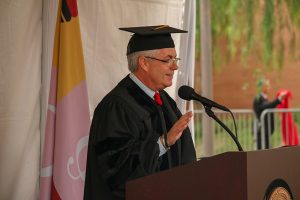 At age 24, he got the phone call from Count Basie that changed his life, and he went on to play over a thousand shows with Basie’s celebrated jazz orchestra. The call didn’t come from out of the blue, he told the graduates. He’d played with the band years before as a senior in high school at a gig south of San Francisco. An obsessive fan, he’d learned every trumpet part, every trombone lick, and spent hours in his bedroom playing along to the great drummers who have held that chair.

In other words, he’d put in the work. For the week of gigs featuring the Count Basie Orchestra and Ella Fitzgerald, Field went every night, waiting by the backstage entrance before the show to watch the musicians arrive and load in. After seeing him at the door multiple times, one of the musicians introduced himself and invited Field to the green room where he met the band.

Before the gig was to start, drummer Sonny Payne was nowhere to be found. Field had introduced himself as a drummer, and Basie approached him and asked him if he wanted to play. Field knew every arrangement, and he played the entire gig. He couldn’t play as well as Payne, not be a longshot, but he held his own.

His life changed in ways he wasn’t equipped to understand at the time. So many coincidences had to take place to put him backstage in that theater.

Looking back on the career that followed, he offered this advice to the graduates: “Stop believing in coincidence as some random happenstance,” he told them. “Your passion and your dreams are powerful activators and like concentric circles on water. They stretch in all directions. They are the tools that will open doors and create pathways to your success you can’t even imagine.”

Of course, being a drummer, he had one final piece of advice: “And trust your own timing.”

USC Thornton celebrates its 136th Commencement with a speech from Gregg Field, whose multi-faceted career is a model for professional musicians everywhere.