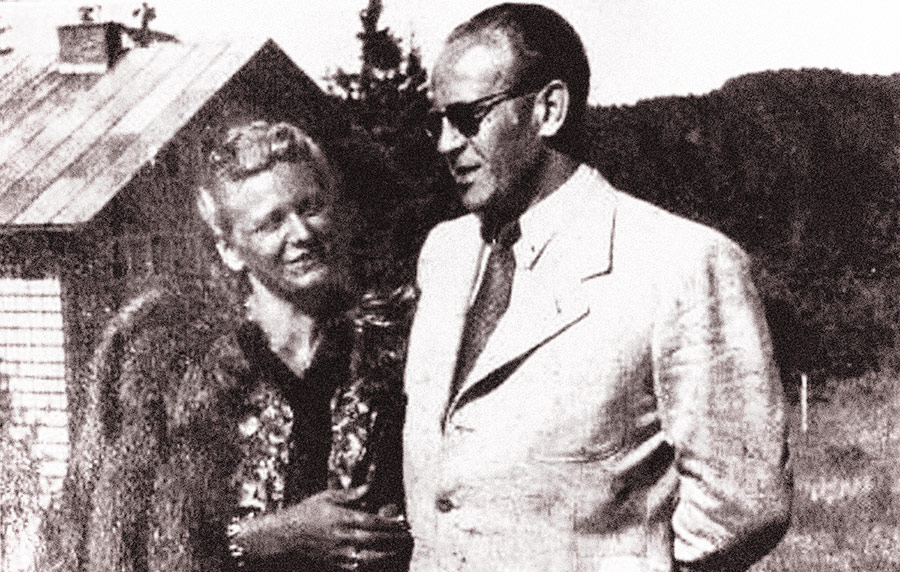 On February 5th, the USC Thornton Opera will present a concert reading of “Frau Schindler,” a new opera written by composer and alumnus Thomas Morse, in collaboration with librettist Ken Cazan, chair of the Vocal Arts & Opera program. The piece, set in Nazi-occupied Europe, explores the social and moral dilemmas faced by Oskar Schindler’s wife, Emilie, and her role in their attempts to save the lives of more than a thousand Jewish prisoners-of-war during the Holocaust.

Morse, a USC Thornton alumnus and an accomplished film composer, first moved to Germany in 2003, where he began to research the project. In his program notes, he explains, “[Frau Schindler] is about the psychology of the times—how people were able to turn things around in their minds, in order to rationalize and live with their actions.”

“It shows how two people in the exact same set of circumstances can see things from entirely different perspectives.”

Cazan, who is resident stage director of USC Thornton Opera, first became involved with the project several years ago, when a colleague approached him about Morse’s plans for an opera based on the life of Emilie Schindler. The subject resonated with the director, who is well known for bringing strong and resilient female characters to the forefront of his productions.

“The idea for the project thrilled me because I come from an intensely matriarchal family,” said Cazan.

In the original libretto they created for the opera, Cazan and Morse sought to shed light on the enigmatic relationship between Oskar and Emilie and the many ordeals that women faced during World War II. The opera’s story emphasizes Emilie’s crucial role in the struggle against the Holocaust, examining historical dimensions of the Schindler’s lives that scholars have only recently uncovered.

“[Emilie] is fighting to maintain her own identity,” Cazan explained. “It’s always the women who pick up the rubble within this structure of war.”

The title role will be sung by mezzo-soprano Blythe Gaissert, who will sing alongside baritone Troy Cook as Oskar Schindler. Both are accomplished international artists who have worked with Cazan in the past.

The talented artists of Thornton’s Vocal Arts program will undertake the remaining roles, a combination of both historical and fictionalized characters. Graduate student Alyssa Wills will perform the role of Marthe Marker, a Jewish prisoner who is assigned to work as a housekeeper for the Schindlers.

“[Marthe Marker] is one of the few fictional characters in the opera,” Wills said, reflecting on the demands of learning a brand new piece. “Not having a recording to work off of is definitely challenging.”

Although the February 5th performance at USC’s Alfred Newman Recital Hall will be a concert reading, Morse and Cazan will relish the opportunity to hear the entire opera, with orchestra, for the first time. Details of Frau Schindler’s fully-staged world premiere with a major European opera company are currently being finalized.

“It has been a very long journey,” noted Cazan, looking ahead to the reading. But the journey for this stirring new opera has just begun.

“Frau Schindler” – A Concert Reading will take place Friday, February 5, 2016. A pre-performance discussion with Morse and Kazan will take place at 7:00PM, followed by the performance at 8:00PM. The event is free, but an RSVP is required – Click Here to RSVP.

“It's is about the psychology of the times—how people were able to turn things around in their minds, in order to rationalize and live with their actions.”
—Composer Thomas Morse