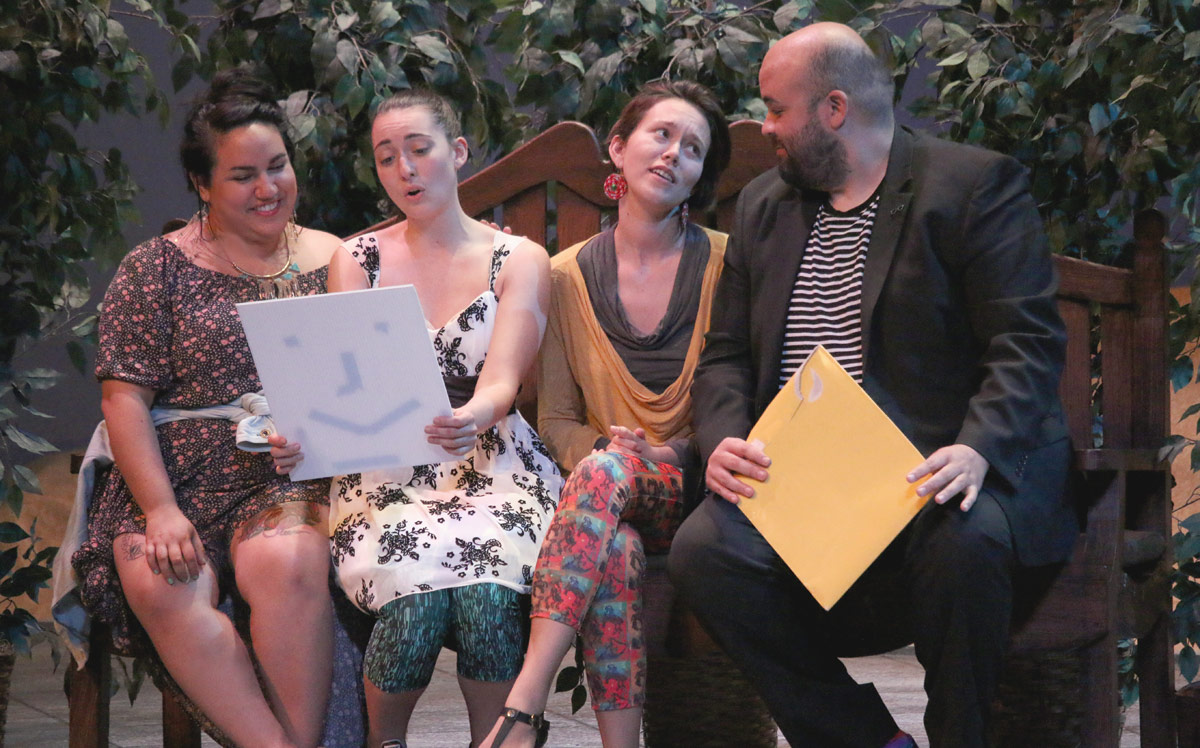 This week, USC Thornton’s celebrated Opera Program will bring a new production of Hector Berlioz’ sparkling comedy, Béatrice et Bénédict, to the Los Angeles stage. In a contemporary twist, the opera, which is based on Shakespeare’s Much Ado About Nothing and originally set in 16th Century Italy, has been charmingly updated to the setting of a Southern California beach wedding.

“Much Ado About Nothing is maybe Shakespeare’s most famous comedy and makes for a delightful opera,” said Schamberger, who also created new English dialogues for the production based on Shakespeare’s original text. “Our contemporary approach will show how our confusions about love, our lively arguments and clever schemes, are timeless.”

“Or, as Shakespeare put it, ‘Thou and I are too wise to woo peaceably.’”

The boisterous prelude to a summer wedding provides the perfect backdrop for the will-they-or-won’t-they romantic entanglement between the headstrong Béatrice and a Sicilian soldier, Bénédict. Two alternating casts of Thornton Vocal Arts & Opera students will present the French-language work in four performances at USC’s Bing Theatre, from April 20-23.

“Ever since first seeing Béatrice et Bénédict in Santa Fe in 1998, I’ve wanted to do it,” said conductor Brent McMunn. “This year we have two mezzos and two tenors who are perfect for the lead roles.”

“For Berlioz’ last work, he turned to a comedy, and the music is, in a word, enchanting. There are mesmerizing ensembles for the women, big comedic ensembles, and solo scenes that are both deeply felt and virtuosic.”

For the New York City-based Schamberger, who has directed operas throughout the U.S. and Europe, the production has offered a chance to cultivate talented student artists. “The level of Thornton students is really high,” he said. “We are having a great time finding and developing these characters.”