USC Thornton Strings faculty on the magic of a Stradivarius

With only approximately 650 surviving Stradivarius violins, violas, cellos, harps and guitars in the world, the remnants of luthier Antonio Stradivari’s are among the world’s most celebrated musical treasures. So, it’s no surprise that, when asked to speak about playing one of the priceless instruments, several members of the USC Thornton String faculty were rendered speechless by the experience. 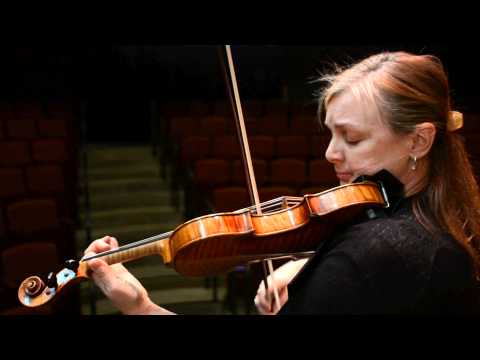 “The first time that I picked up this violin and began to play it, I just started to cry,” said USC Thornton faculty and Los Angeles Chamber Orchestra (LACO) Concertmaster Margaret Batjer. “I felt like I connected with that instrument in a way that words don’t really do justice.”

Batjer, along with fellow faculty Midori Goto and Bing Wang, shared their love of Stradivarius violins in a promotional video for LACO’s Strad Fest – an event that brought together eight of the world’s most celebrated and rare Stradivarius violins for the first time ever in Los Angeles in March, 2014.

“It’s not easy to describe,” said Goto of the instrument. “I don’t think it’s possible to describe with words. There’s this energy, this special vibe you get from a Stradivarius.”

Watch the video above to see Batjer play a Stradavarius, and to hear more from the USC Thornton faculty.

"I felt like I connected with that instrument in a way that words don't really do justice."