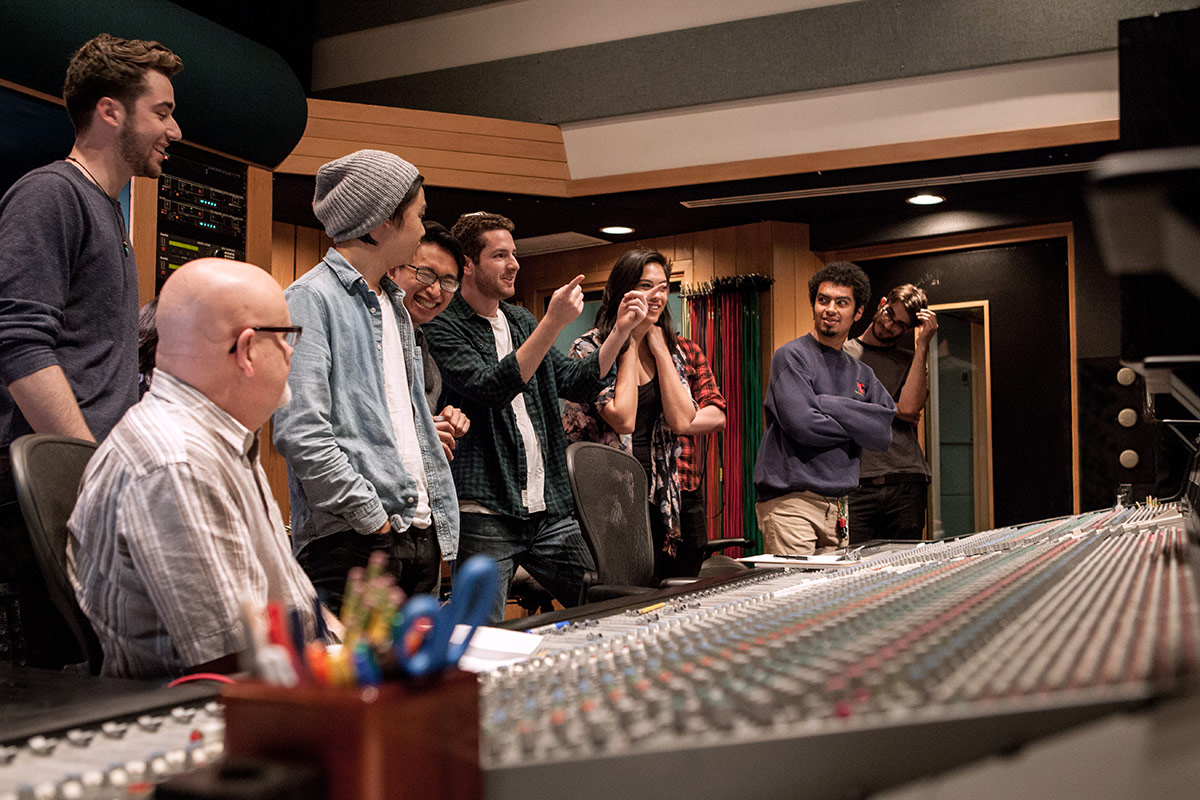 The USC Thornton Division of Contemporary Music has introduced a new bachelor’s degree in Music Production that encompasses the creative, technical and business aspects of professional music.

As a complement to the highly successful Popular Music major and Music Industry degree program, the inaugural class of Music Production students will enroll in the fall of 2015.

The Music Production degree reflects the evolving nature of music-making in the digital age, in which professional musicianship often includes composing and arranging, live and studio performance, audio engineering/editing and mastering, music synthesis and programming, as well as the many business responsibilities related to music. 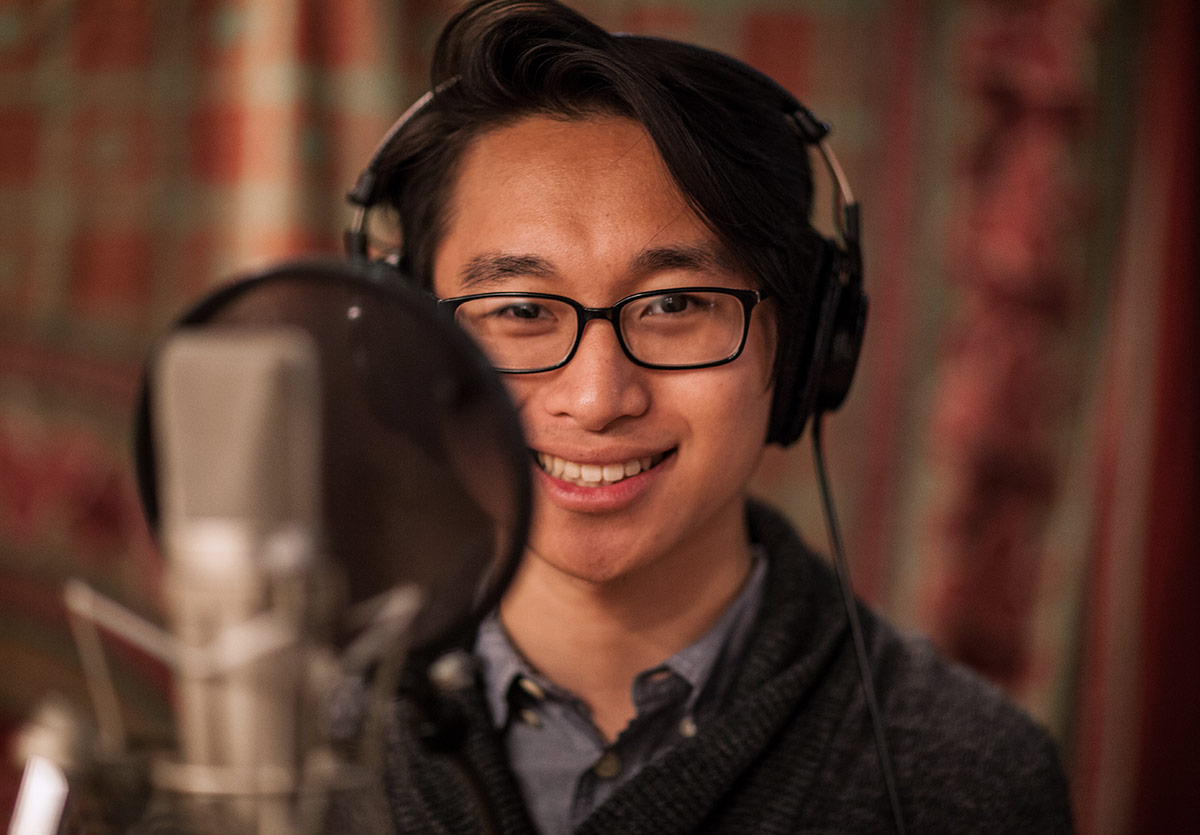 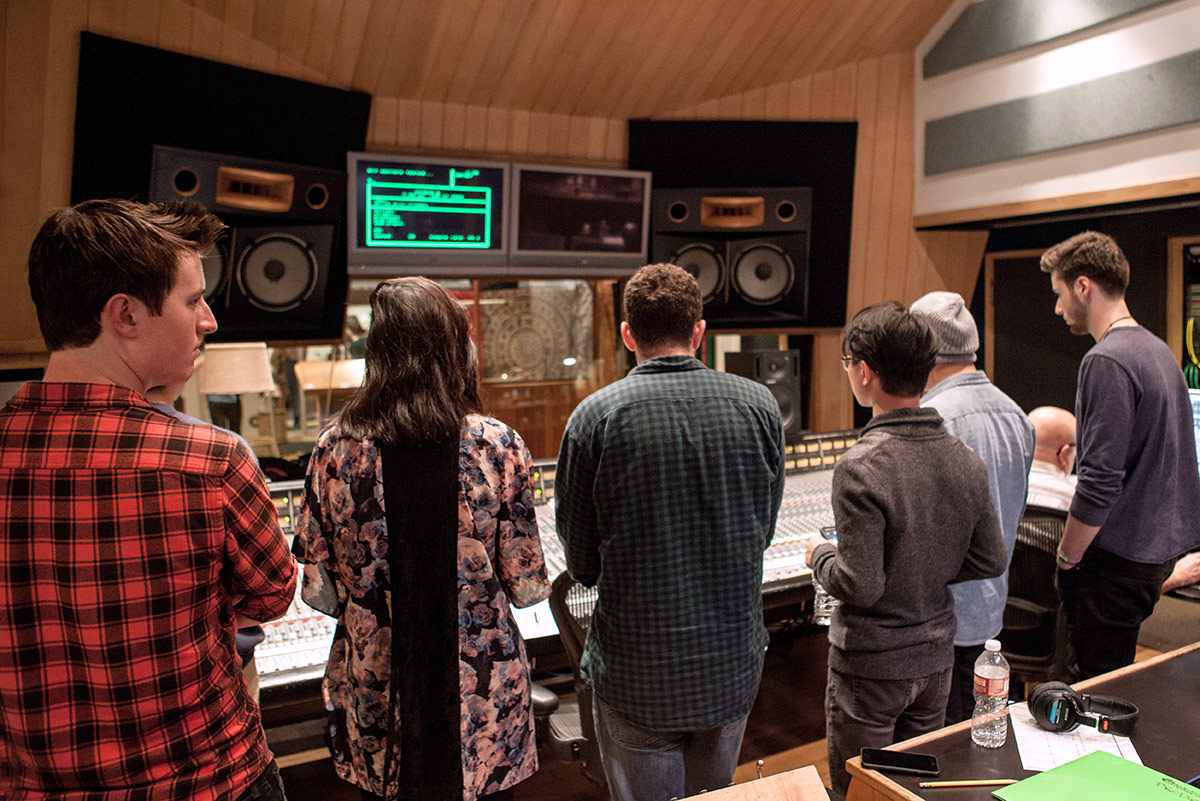 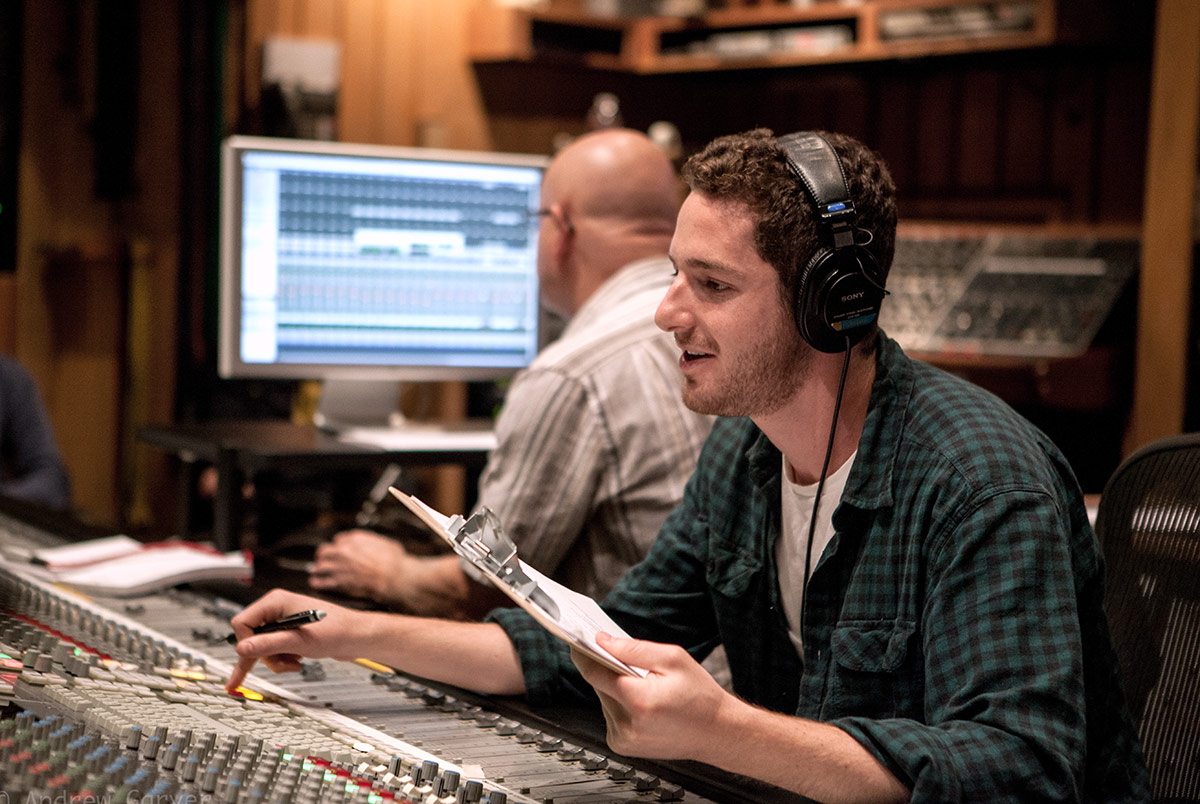 “We’ve seen first-hand the power of creating a highly collaborative music community at USC Thornton,” said vice dean Sampson. “Adding musicians from the new Music Production major into this community will greatly enhance the experience for all our students.”

The inaugural class consists of seven accomplished students from across the country. Incoming freshman Jeremy Siegel, a native of Philadelphia who was named a Presidential Scholar at USC, said the program was exactly what he was looking for. “It has a great combination of composing and producing computer and studio-based contemporary music,” he said. “I’ll be learning to be a better musician, working in collaboration with musicians, and not just sitting at a computer.”

During the spring 2015 semester, USC Thornton invited a handful of students in the Popular Music program to be part of a pilot class in Music Production. They raved about their experience.

“The first week they sat us down and said, ‘Here’s an artist, here’s a couple of the artist’s songs, now you have to make a record, and it’s due in a couple of weeks,’” said Brian Jones, who was named USC Thornton’s outstanding undergraduate for 2015. “We never had access to the studios to produce stuff before. We all were just so excited.”

Students enrolled in the program will develop skills in the recording studio and in live performance. New technologies have expanded innovative opportunities for live performance, allowing for real time filtering, manipulation and combination of tracks to create more elaborate live experiences.

Music Production students will collaborate with songwriters, artists and bands at USC Thornton, as well as video directors and video game designers in USC’s School of Cinematic Arts, the USC Roski School of Art and Design, the USC Viterbi School of Engineering and the USC Annenberg School for Communication and Journalism.

“Knowing how to use a studio is an art form in itself,” noted Alex Pachino, a recent graduate from the Popular Music program. “People have naturally gravitated to digital recording, and it is awesome that Thornton has created an infrastructure to teach people how to get good at it. I’m jealous of the students who get to do this program for four years.”

More information about the Music Production degree program is available at music.usc.edu/departments/music-technology

“Knowing how to use a studio is an art form in itself ... it is awesome that Thornton has created an infrastructure to teach people how to get good at it.”
— Alex Pachino, Popular Music graduate