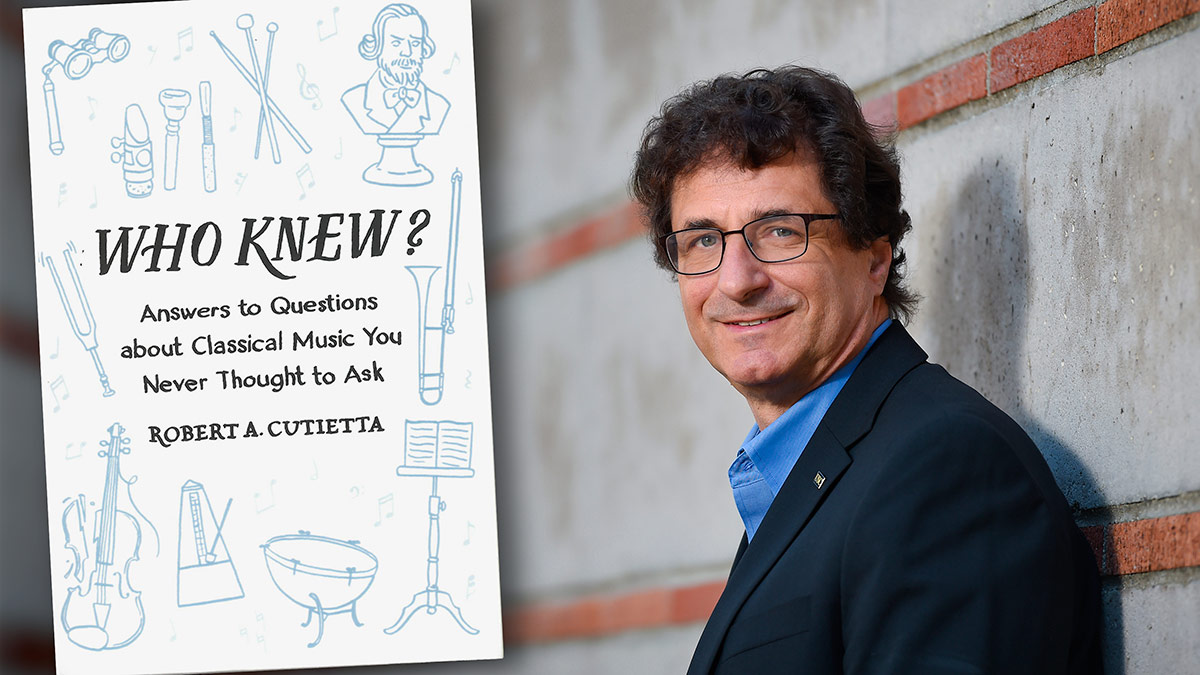 Why does the orchestra tune to the oboe? Why doesn’t the audience clap between movements at a symphony performance? Why is Tchaikovsky’s “1812 Overture” played on the Fourth of July?

USC Thornton School of Music Dean Robert A. Cutietta has been answering puzzling and persnickety questions like these on Classical KUSC’s “Ask the Dean” weekly radio feature on its Arts Alive show since 2006. Now, he’s compiled and tweaked some 140 of them for a new format. His book, Who Knew? Answers to Questions About Classical Music You Never Thought to Ask, was published this week by Oxford University Press.

For those who enjoy classical music and opera, go to concerts, can hum Beethoven’s Fifth or never miss a Tchaikovsky fireworks spectacular, this book is a must-have reference and an entertaining foray into the subtler points of classical music.

“This is not a ‘Dummies’ introductory guide,” said Cutietta. “It assumes that people already know something about classical music. Even for the classical music lover, these are things you might not have thought about.”

Indeed, even Cutietta, head of a music school that consistently ranks among the top one percent in the nation, found the experience of doing the radio show an educational one. For each question submitted by listeners of KUSC, the nation’s most listened to classical music station, he approached USC Thornton faculty members who are also professional musicians, composers and scholars. 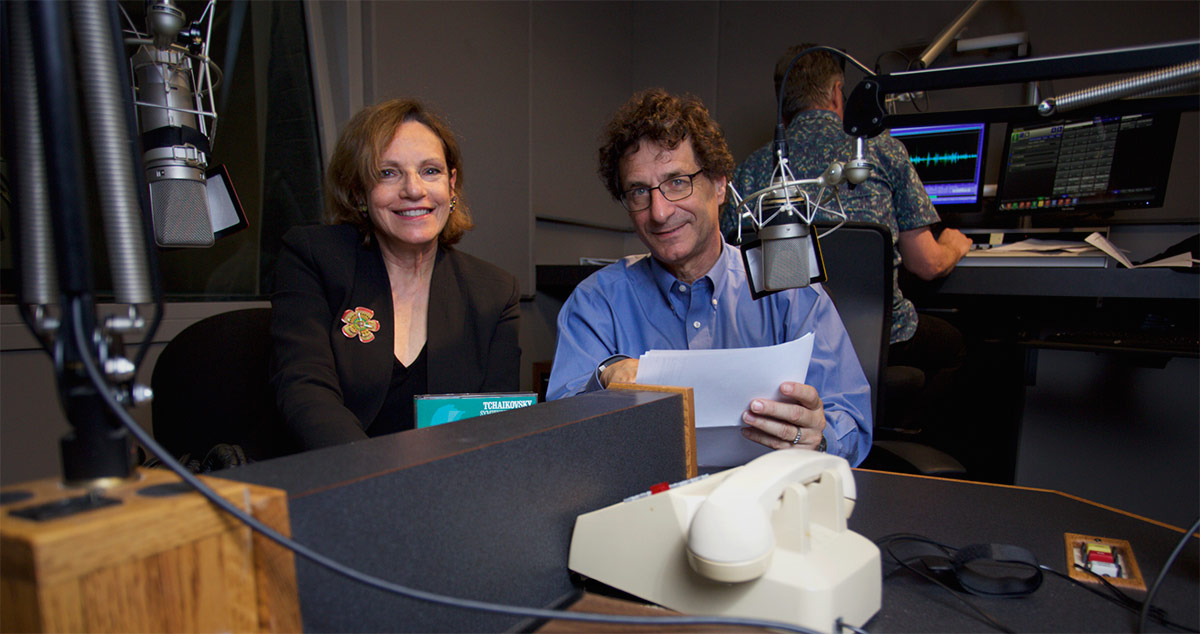 “What I love about the radio show is that these questions constantly come in, and I have the same response as some of the faculty: ‘I never thought of that!’” Cutietta said. “I’m expanding my knowledge. It’s nice seeing classical music through different people’s eyes.”

Gail Eichenthal, the executive producer of KUSC, agrees. She and Cutietta hatched the idea of the radio feature together, and she has hosted “Ask the Dean” since Arts Alive hit the airwaves 10 years ago in November. “We saw an opening for a way to interact with listeners curious about classical music’s many traditions, rituals, legends, nooks and crannies,” she said. “What we didn’t really expect: the questions are so thoughtful and probing that we always learn a lot ourselves!”

Eichenthal, who contributed to the manuscript, envisions a wide audience for Who Knew? “I hope the book will help demystify the idea of classical music and help people feel less intimidated by the idea of attending a concert,” she said. “The book contains great, funny stories that I think show the human side of this art form.”

Cutietta recalled a few times when he was preparing for the show and thought the answer was so obvious he didn’t want to bother the faculty. Luckily, he did.

“I either had the answer wrong or I didn’t understand the subtleties of it,” he said. “It took a faculty member to provide the history. I learned very quickly: don’t assume I know the whole story.” 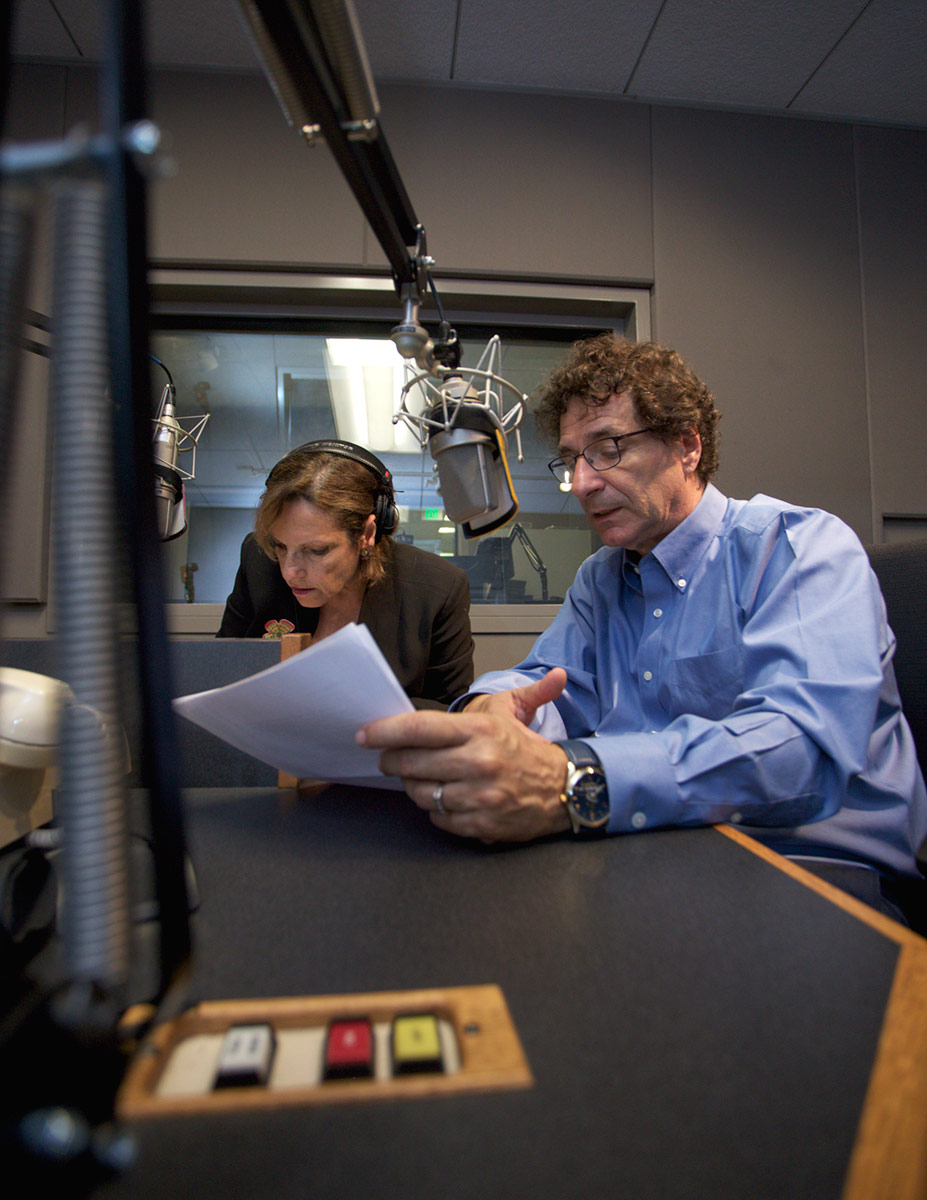 A good example was the question: Why does the orchestra tune to the oboe?

“I always thought, well, it’s a pure tone, it cuts through the orchestra, and everyone can tune to that equally,” Cutietta said. “That has nothing to do with it.

“If you go back 200 years, the oboe was the only instrument that could be tuned offstage because it’s tuned by cutting the reed. When you go onstage, it’s the only instrument that doesn’t go out of tune because of the difference in temperature. So it was the constant. But that’s totally history now because everybody uses electronic tuners. So it’s almost at this point protocol.”

Another of Cutietta’s favorite questions was: I notice that the violinists in the orchestra play a lot more notes than the timpanist. Do they get paid more?

“I never would have thought of that,” he said. “In fact, it’s true. It’s not fair. The violinists never stop playing in a concert, and the tympanist might come in at the end. Why are they being paid the same? Those are the kinds of questions I loved.’”

For people already captured by the beauty of classical music, Cutietta feels this kind of insider knowledge gives them another level of enjoyment.

“Classical music has so many wonderful layers,” he said. “The more you learn about it, the more there is to learn.”

Cutietta, who does double duty as the dean of the USC Kaufman School of Dance, recently has been soliciting questions about dance for his “Ask the Dean” segments on Arts Alive. So, who knows, in a few years he may produce a book answering the public’s persistent questions about choreography, dancers and dance techniques.