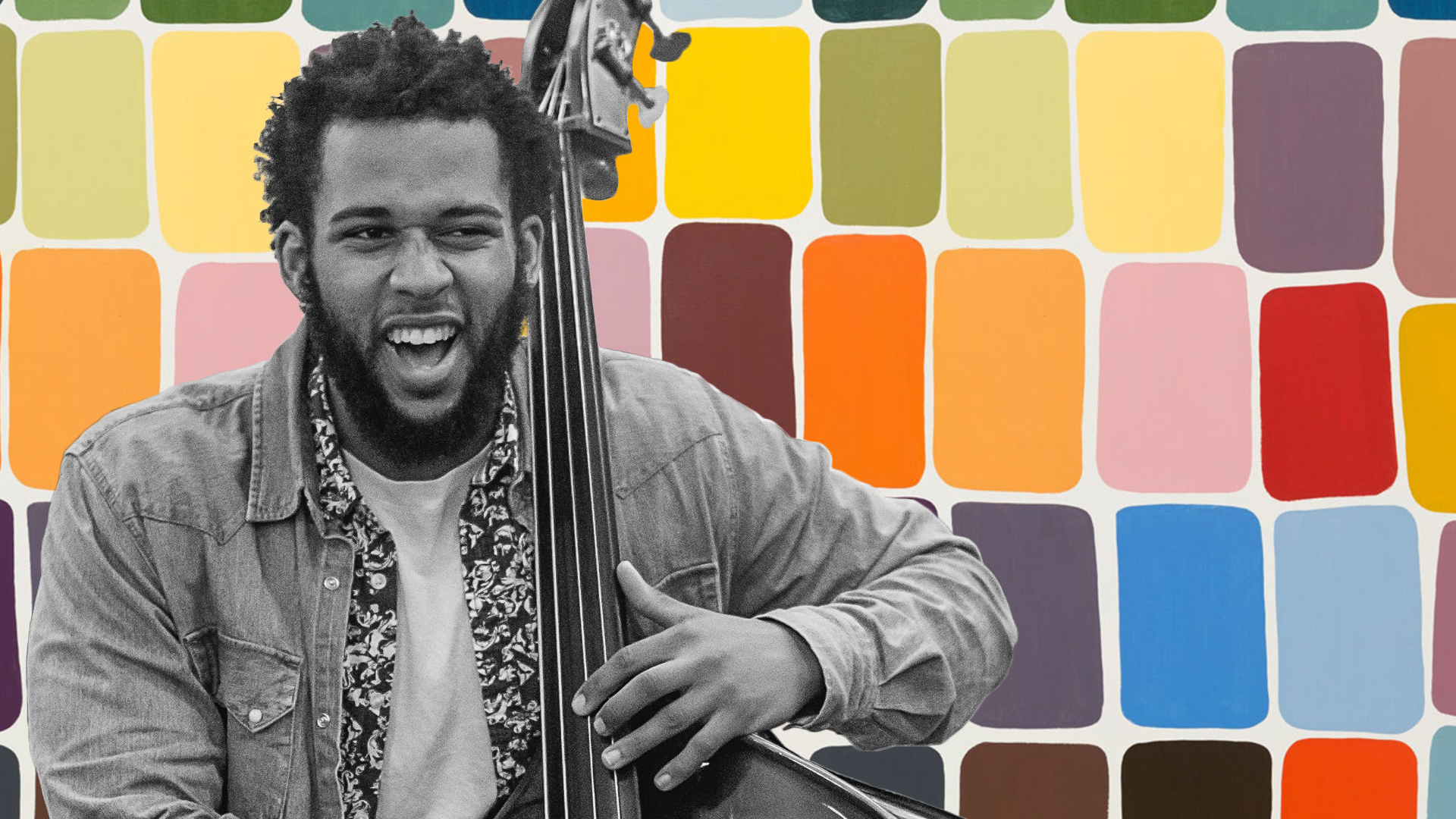 When USC Thornton canceled concerts and shifted to online education in March, faculty had to improvise a workable plan of action — and fast. For some, that was a snap. Improvisation is second nature to Jazz Studies faculty member Vince Mendoza MM ’85, for instance. That’s what jazz is all about, he says.

“Improvisation is the heart, soul and purpose of jazz,” Mendoza says. “Even jazz composers, most concerned with structures and language, still operate from the perspective of the improviser. And although the jazz student is learning about the jazz canon and its language and traditions, they are also practicing communication skills with their peers. This is a big part of their study at Thornton.” 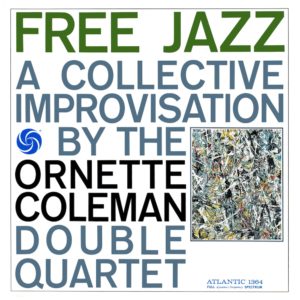 When it became impossible for the student musicians in his jazz combos to perform together, Mendoza came up with a creative project that brought them together in virtual collaboration. He was inspired by one of the founders of free jazz, Ornette Coleman. Released in 1960, Coleman’s iconic double quartet collective improvisational album, Free Jazz, featured Jackson Pollock’s 1954 abstract painting “White Light” on its cover. “I thought it would be interesting to concentrate on a single year of paintings created in New York City and have the students play to those,” Mendoza says.

Students selected abstract artworks from the past few decades meant to inspire free improvisations, such as paintings by Mark Rothko, Lee Krasner, Meg Cranston and others. The collaborative duo recordings were all done remotely, passing files back and forth. After one round of solo improvisation, Mendoza paired other students to play a response to the solo improvs.

These are excerpts from the collaborative improvisational duo recordings: 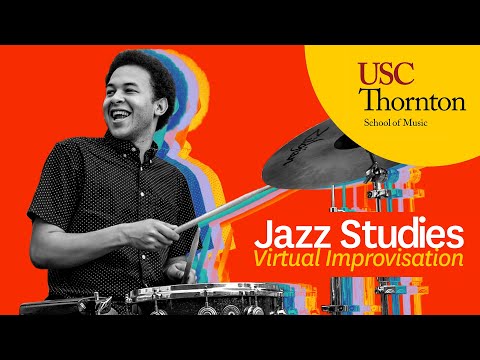 In their meetings before the pandemic, Mendoza says, he often talked with his students about free improvisation concepts, such as playing certain emotions and ideas, linking them to noteworthy recordings in the jazz canon, as well as historical occurrences that might have inspired the music.

“Free improvisation is not limited to the jazz tradition,” Mendoza says. “It’s been a part of every type of music you can think of. In fact, I encourage many different musical languages in my ensembles. But every free exercise involves the same necessities: imagination, generosity and a constant real time analysis of the elements of music and how the piece can progress organically.” 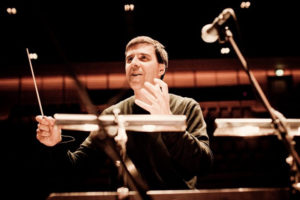 Yafeu Tyhimba BM ’19, MM ’21 called the assignment “an incredible project.” “This pushed us in a way projects don’t really do in music school,” the Oakland native says. “Free jazz isn’t something I’ve really touched on in an academic setting.”

It was certainly the first time Tyhimba had written music based on a painting, or anything he was looking at in real time. “That was really interesting to me,” he says. “I enjoyed creating that environment and using my knowledge of music to repaint a picture through sound. There is an implicit language in the artwork that can come out through music. Colors, shapes and brushstrokes can be translated in notes.”

Tyhimba “repainted” a “stain painting” by Vivian Springford, creating a solo track with his bass. “The pink and magenta vibes made me think of love. And the way the colors moved, it looked like a bright star. So I thought about love and space intertwining.”

Bass player Ethan Moffitt BM ’22 responded to a Mark Rothko painting with deep red and blue. “I have always been a huge fan of his work,” says the Los Angeles native. But he had never attempted to compose music inspired by his canvases.

“I tried to evoke the denseness and solidity in the music I improvised,” he says. “I went in with the idea of a dense core, and I have some musical tricks I’ve acquired to evoke that. I played a lot of open fifths. To me, they take up a lot of space but are also very rich.”

If he were to assign an emotion to his improvisation, it would be “melancholic, somber, but poised.” 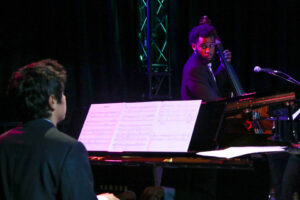 Moffitt thought the assignment was an effective way to collaborate in a meaningful way, given the restrictions of producing music remotely. He also appreciated the chance to combine his artistry with another art form. “As musicians we can learn a lot by looking to visual artists to draw some inspiration for intention in what we do as improvisers in the moment,” he says.

“Vince has always been very encouraging of us to be critical about what we play at all times,” Moffitt adds, “and this project was kind of like putting a microscope on that.”

Tyhimba, now in his second year of a Master’s degree, says that Mendoza “has a really deep, well-grounded concept of art. It shows in how he listens to and analyzes music, and what music he tells us to listen to, too. His idea and his musical taste are really superb if you listen to records he’s arranged or composed for.”