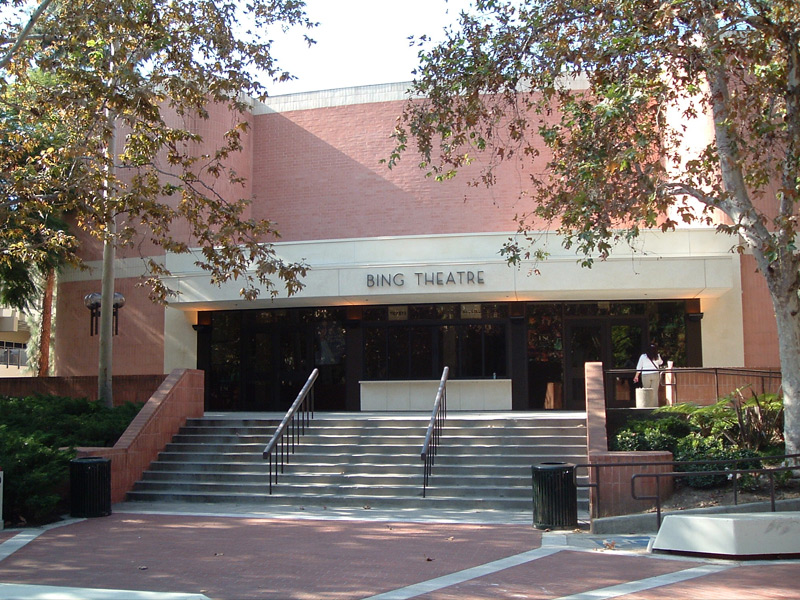 Bing Theatre is a traditional proscenium house hosting both theatrical and musical performances, including those given by the USC Thornton Opera. It is equipped with a fly system, trap doors, and an orchestra pit. Opened in 1976, the theater was upgraded in 2001 with a new lobby and seats. In the summer of 2005, the proscenium was modified to improve acoustics in the theater. The Bing Theatre is owned and operated by the USC School of Dramatic Arts.
Show on Map > 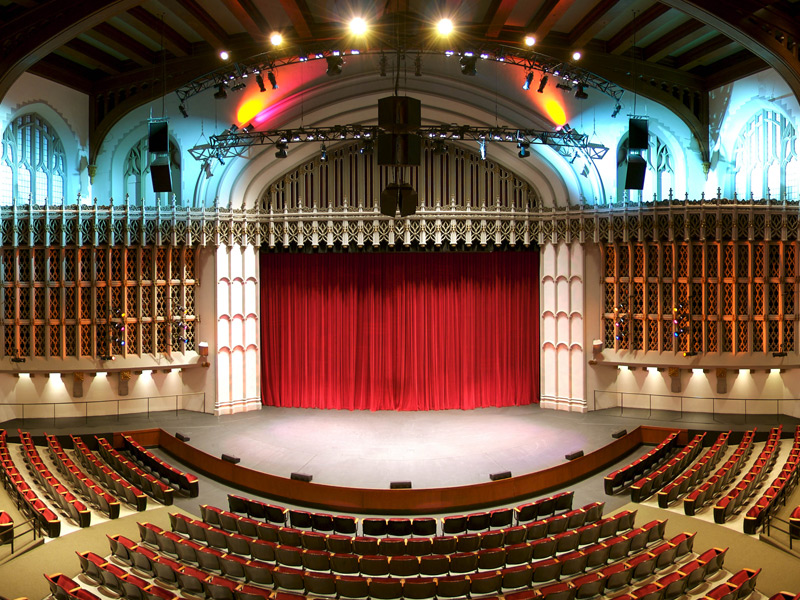 The USC Thornton Symphony and Wind Ensemble perform in the historic Bovard Auditorium, opened in 1921. Completely restored and renovated in 2003, Bovard is the largest performance space on campus (with 1,235 seats) and is filled with grandeur for performers and audiences alike. Bovard Auditorium is owned and operated by Trojan Event Services.
Show on Map > 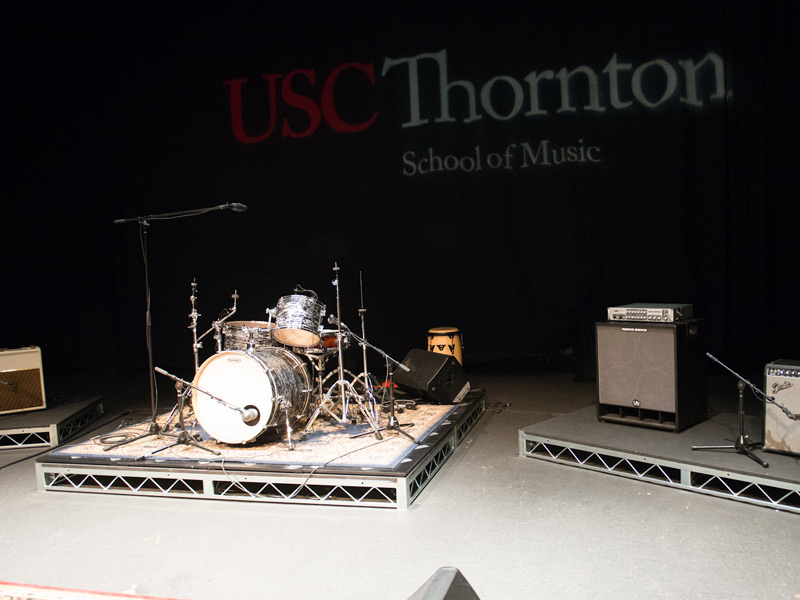 Formerly a television soundstage, Carson Center features performances from the Jazz Studies, Studio Guitar, and Popular Music programs, including student recitals, ensemble concerts, and showcase events. The new hall is also the home of the weekly Popular Music Forum, which has hosted luminaries ranging from Randy Newman to Chaka Kahn.
Show on Map > 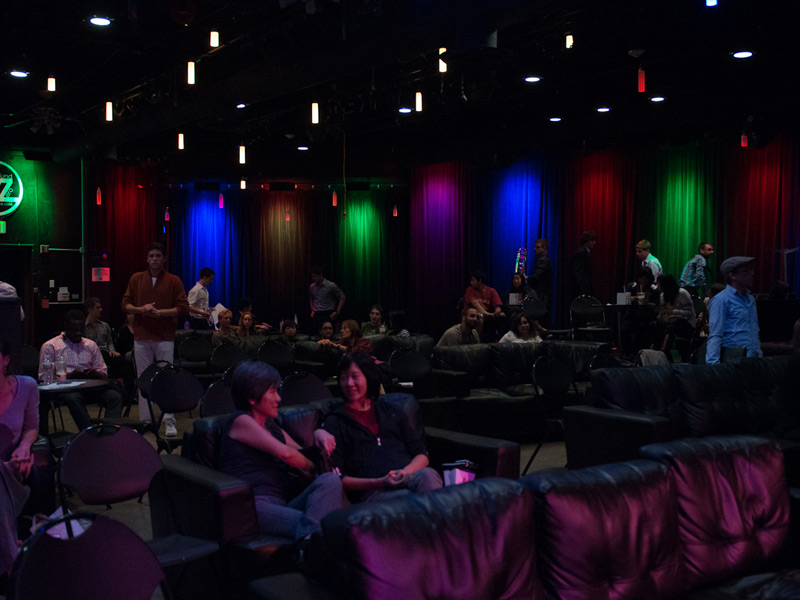 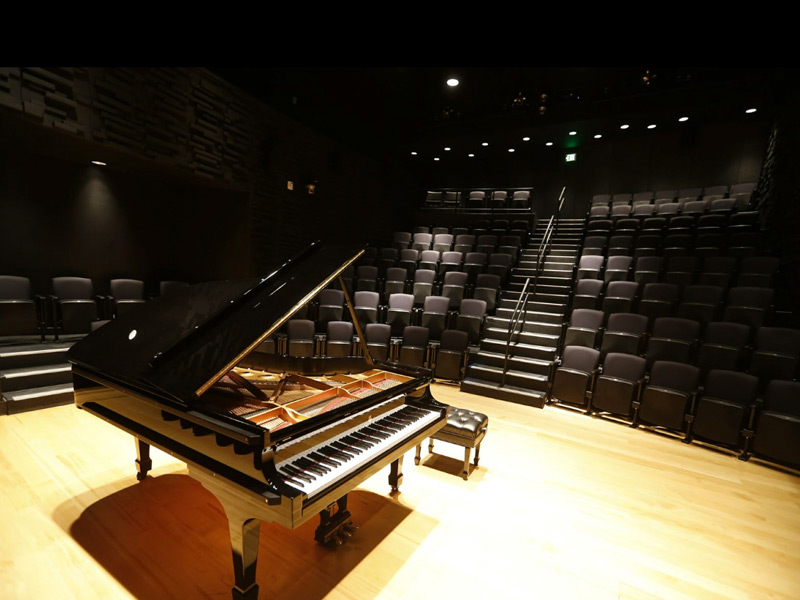 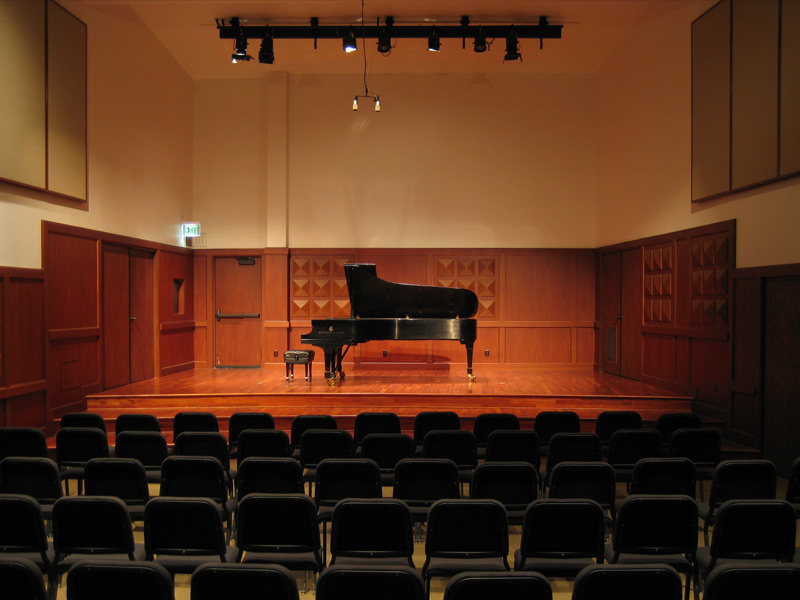 The Jeanette MacDonald Recital Hall, also known as the Charles Hirt Choral Lab, provides an intimate venue for student recitals, masterclasses, and choral ensemble performances. The hall, which has a 90-seat capacity, was opened in 1975 and renovated in 2003.
Show on Map > 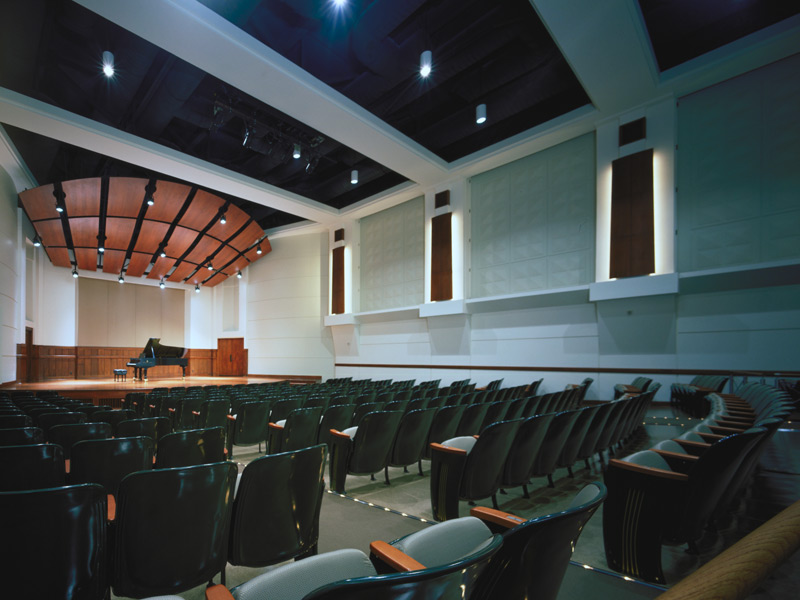 The Allan Hancock Auditorium opened in 1940 and was renovated and re-dedicated in 1999 as the Alfred Newman Recital Hall. The 280-seat hall was designed to provide outstanding acoustics for all kinds of music and is home to many of Thornton’s ensembles, student performances, and faculty recitals.
Show on Map > 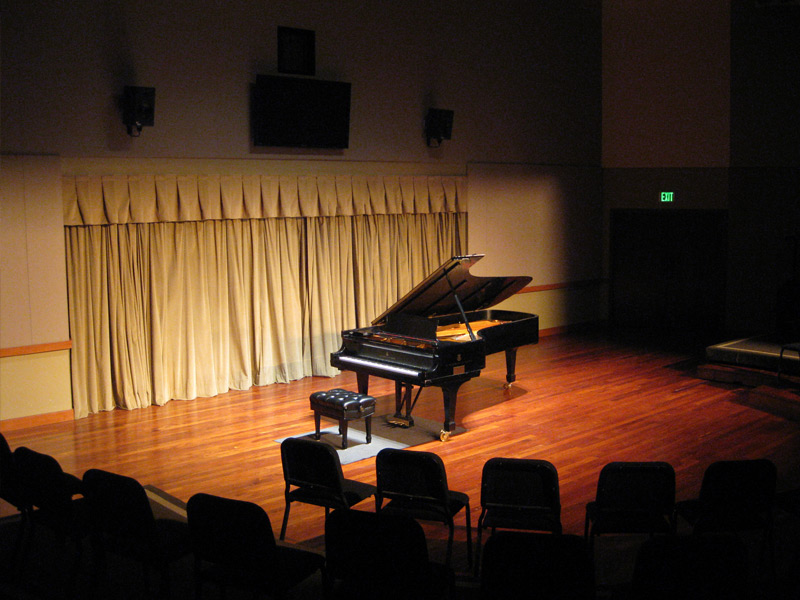 The Simon Ramo Recital Hall first opened in 1964 and was renovated in 2008. The 90-seat hall hosts chamber music, masterclasses, student recitals, and other intimate performances.
Show on Map > 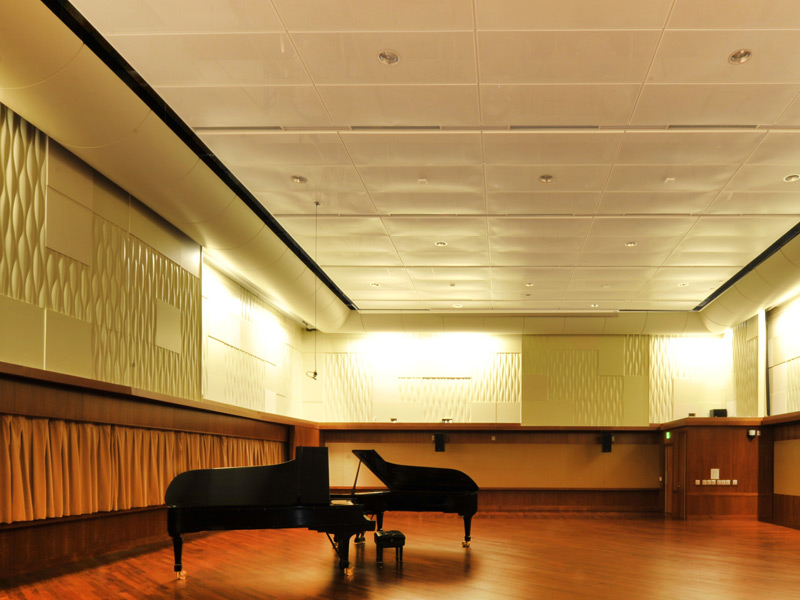 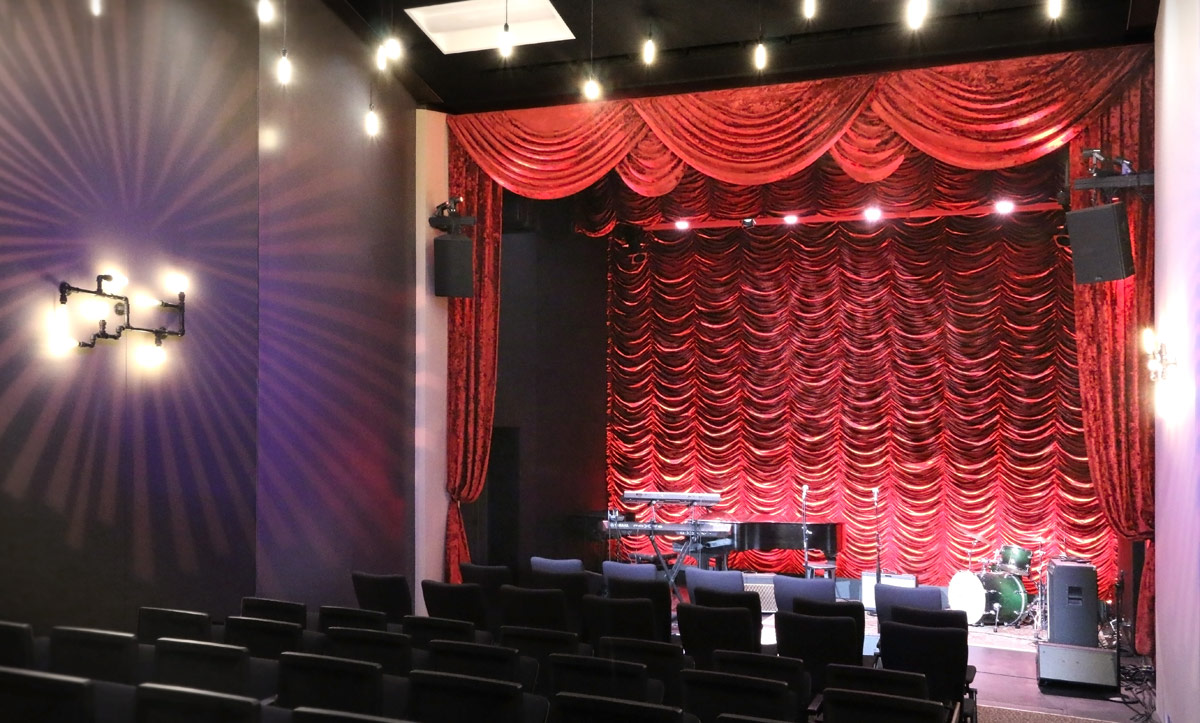 Zaro Family Songwriters Theater is an intimate space devoted to the art of songwriting. Adjacent to the school’s contemporary recording studios on the lower level of The Music Complex, the acoustically designed venue offers a perfect space for students to showcase their craft.
Show on Map > 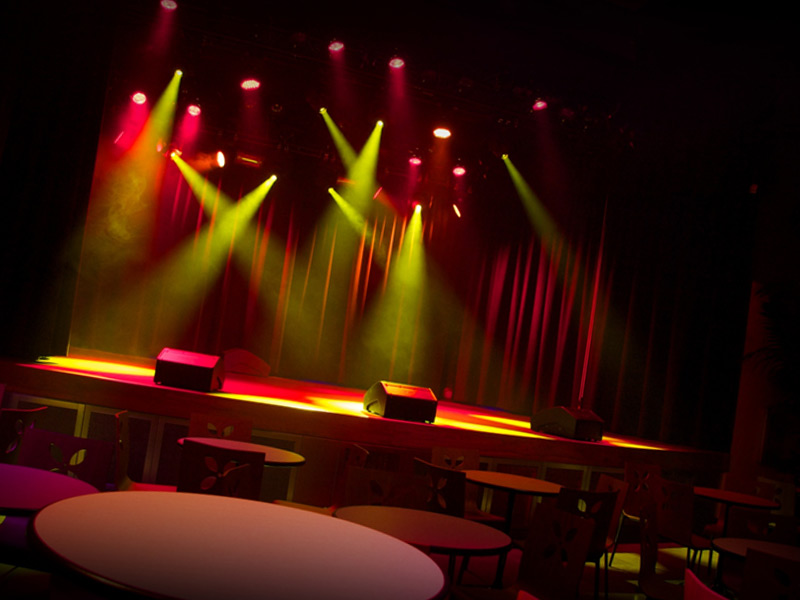 Tommy’s Place, located in the Ronald Tutor Campus Center, features concerts, comedy shows and other campus events. Regularly hosting concerts by the USC Thornton Popular Music Program, the venue has a capacity varying from 150 to 318, depending on the setup. Tommy’s Place is owned and operated by Trojan Event Services.
Show on Map >

For information on the location of the venues on the University Park Campus, please go to the Visit Thornton page.