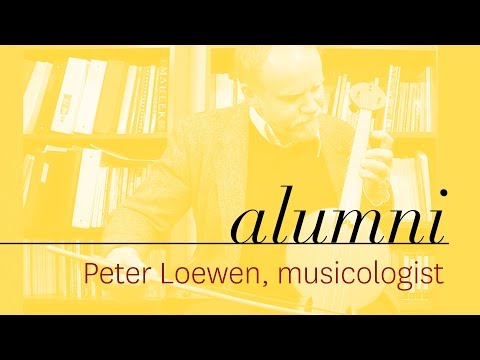 Musicologist and USC Thornton alumnus Peter Loewen (M.M. ’90, Ph.D. ’00) is the subject of our latest alumni spotlight video. Currently an Associate Professor of Musicology at the Rice University Shepherd School of Music in Houston, Loewen began at USC as a double bass major before an injury led him to a life-long fascination with Medieval and Renaissance music.

While it was USC Thornton Distinguished Visiting Artist Paul Ellison, a bassist, who first brought Loewen to Los Angeles, he credits Musicology faculty members such as Bryan Simms, Richard Wingell and Bruce Brown for planting the seeds that nurtured his scholarly interests. Like so many of life’s momentous developments, Loewen was introduced to early music quite by chance, when professor James Tyler’s Early Music Ensemble (since renamed the Baroque Sinfonia) was in urgent need of a capable violone player. Loewen, then suffering from injuries related to his double bass playing, quickly picked up the Baroque instrument, took his well-deserved place with the renowned USC ensemble, and never looked back. 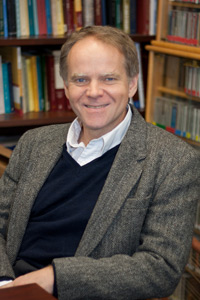 In addition to specializing in violone performance, Loewen is the author of many scholarly books and articles on the music of the Middle Ages, including Early Franciscan Thought (Brill, 2013), and Mary Magdalene in Medieval Culture: Conflicted Roles (Routledge Studies in Medieval Literature and Culture), co-authored by Robin Waugh.

Although his professional plans took an unexpected turn at USC, Loewen urges Thornton students to expand and explore their musical boundaries while they have the chance. “The musical world needs a lot from you,” reflects Loewen. “You need other talents. You need to have ideas about music that come from indulging your interests.”