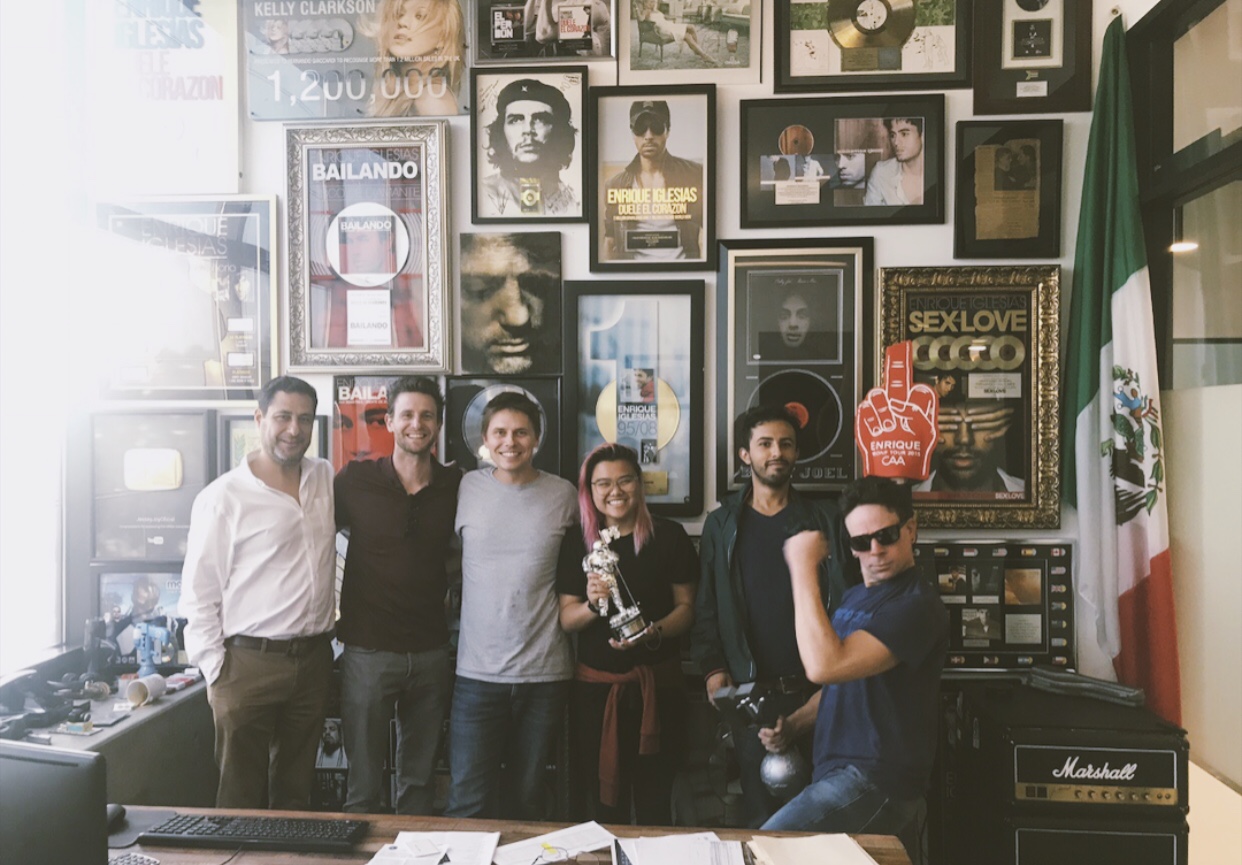 Lehua Miller (third from right) pictured with colleagues from her internship at Red Light Management. (Photo courtesy of Lehua Miller)

Students at USC Thornton benefit from numerous opportunities to gain hands-on experience in their field of interest. Student Ambassadors Lehua Miller and Rachel Campagna recount lessons learned from their internships in different corners of the music industry, and how they made the most of the experience.

One career path that I’m particularly interested in pursuing is music management—I would love to work hands-on with an artist, and at the same time, interact with so many other facets of the industry such as labels, promoters and agencies.

Last year, I had the amazing opportunity to intern at Red Light Management in their LA office. Red Light manages over 250 artists such as Marshmello, Dave Matthews Band and Dierks Bentley, in addition to some of my personal favorites such as Local Natives, Regina Spektor and Franz Ferdinand.

What started out as a fall semester internship ended up lasting over a year.

During my first few weeks at Red Light, I was a general intern; I ran errands, answered phones and worked in the mail room. About a month in, I was assigned a research task for Enrique Iglesias’ manager. Turning in the assignment to the manager was completely nerve-wracking. I was afraid I formatted the spreadsheet wrong or I would say something accidentally off-hand to him, but he couldn’t have been nicer or more appreciative. He asked me what I wanted to do in the music industry, and I told him that I’d love to do the same things he’s doing with Enrique.

We ended up sitting and talking for over an hour. When I left his office, I realized instantly that I needed to do whatever it took to continue doing projects with him and his team. I went back later that day and asked if he and his team would take me on as their designated intern. It was all a whirlwind after that. 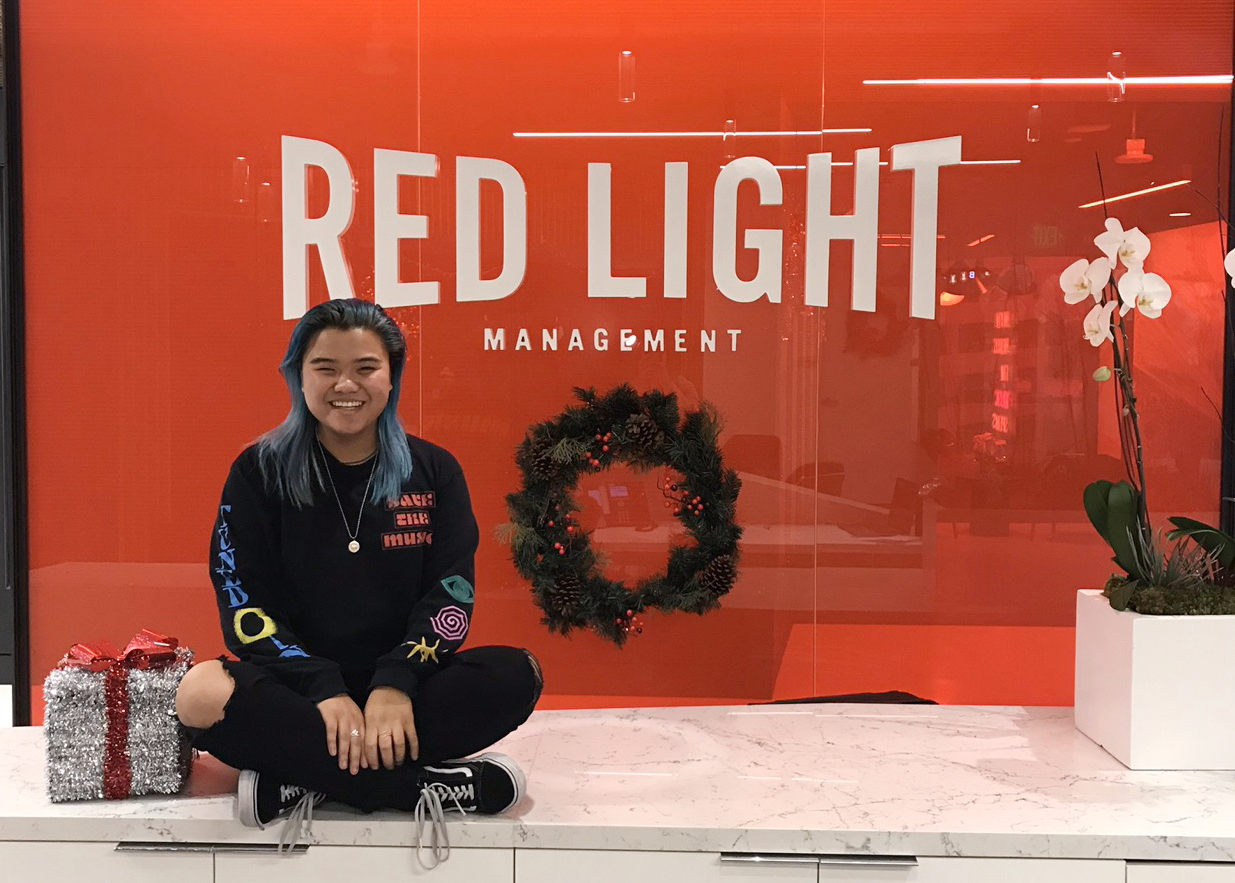 What made my experience so valuable was that it was all very hands-on. Because I was there for an extended period of time, I had the chance to not only see, but be a part of projects from start to finish.

My timing with joining the team was perfect—Enrique was releasing his first single of the year. I was able to sit in on marketing meetings and even able to pitch some of my own ideas. Over the following months, I learned how to create admats (eye-catching graphics), strategize social media campaigns and coordinate press with outlets such as YouTube and Billboard. My Photoshop skills were definitely put to the test during this time, but I loved every moment of it — it solidified my interest in a career in artist management.

Because I had formed such a close relationship with Enrique’s team, I was invited to Mexico City to assist at three of his sold-out shows. I was able to help out with promo, meet and greets, video and photography. As a bonus, I learned about live music production, working with venues and promoters and all the behind-the-scenes work that it takes to put on an arena show.

Being able to work with such a smart, dedicated and tight-knit team was beyond anything I could have imagined, and I still keep in regular touch with my friends at Red Light and Team Enrique Iglesias.

A piece of advice for those looking for internships: don’t be afraid to reach out. Yes, it’s easier said than done. However, I’ve found that in a very large industry it can be easy to get lost in the crowd. When you reach out to someone, the worst they can say is, “No, I’m not interested.” Don’t let that deter you—do everything you can to reach out, get to know people and make yourself indispensable—you never know what could happen next. 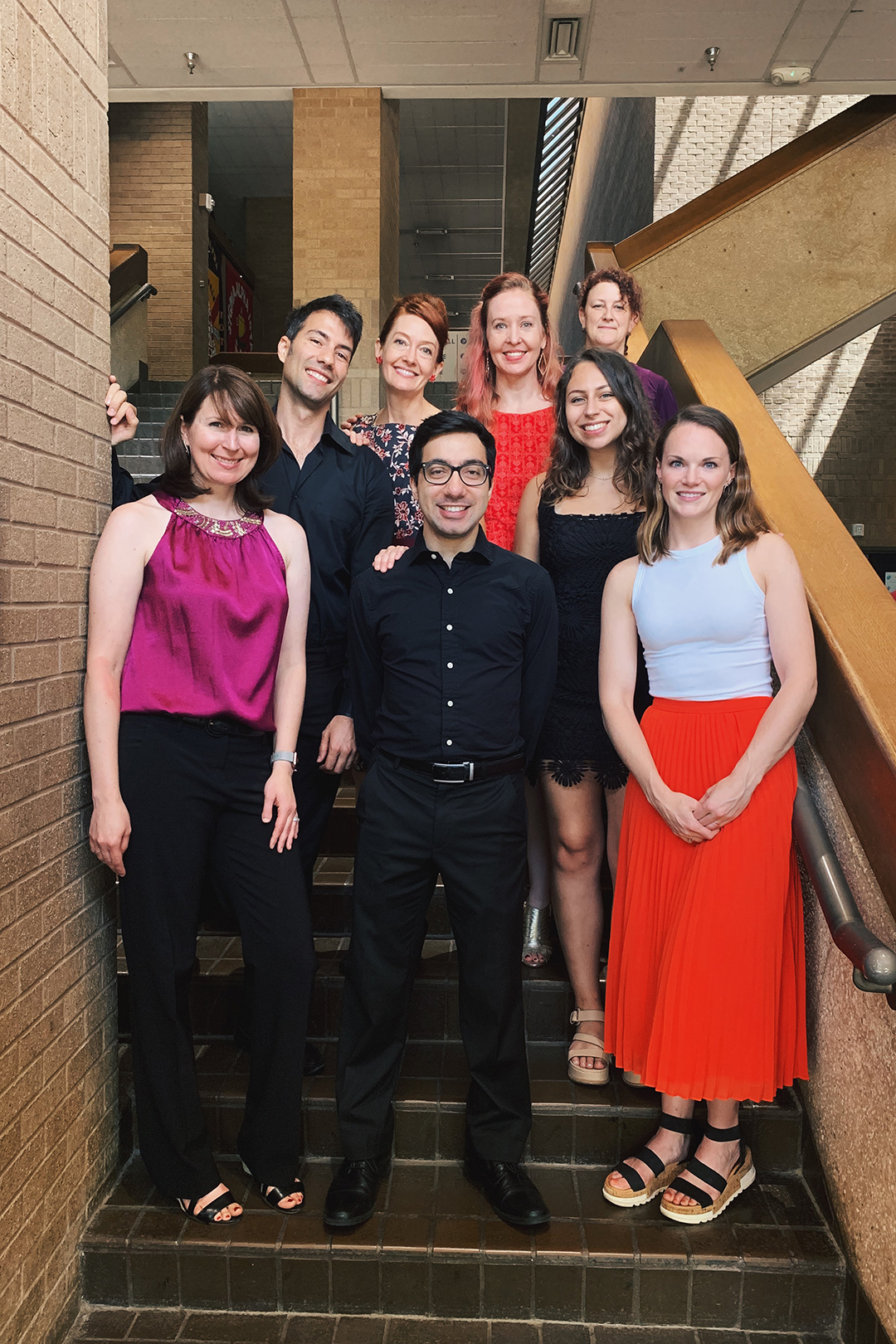 Rachel (second row, far right) poses with the Primary Division faculty of the ACMC in the Butler School of Music. (Photo courtesy of Rachel Campagna)

This summer, I returned home to Austin, Texas to intern at the Austin Chamber Music Center, a non-profit organization that offers a year-round academy, as well as an intensive summer festival and chamber workshops, complete with private lessons and outreach opportunities. I was a part-time Education Intern, which meant the majority of my work happened within two short weeks. I was responsible for assisting in placement auditions, preparing music and other materials for attendees, and helping set up for the camp based at UT Austin’s Butler School of Music.

Luckily, my then-boss was extremely understanding of the fact that I live more than 1,000 miles away, and was willing to give me a phone interview instead of meeting in person, as well as allowing me to miss one of the audition days. In that moment, I learned how important going into interviews with a true purpose was, mine being that I wanted to expand the presence of chamber music to my hometown. Upon the start of camp, I was assigned to work in the Primary Division, which meant being in charge of 50 children, between ages 6 and 11; this was a big learning curve for me, as I hadn’t worked with young kids in a while.

Although I knew going into it that this would be a strictly administrative role, I was surprised during the pre-camp faculty meeting with the opportunity to perform twice for the kids: once as a part of a large ensemble, and again as a soloist, playing a piece of my choosing. I was initially accepting of the fact that this internship would be all work and no play (literally), but was relieved knowing that I would be able to play for an audience at least once over the summer. The Butler School of Music has an amazing recital hall that I’d played in many times during my high school years, so it felt very full circle to come back and play three years later as a more mature and informed musician. 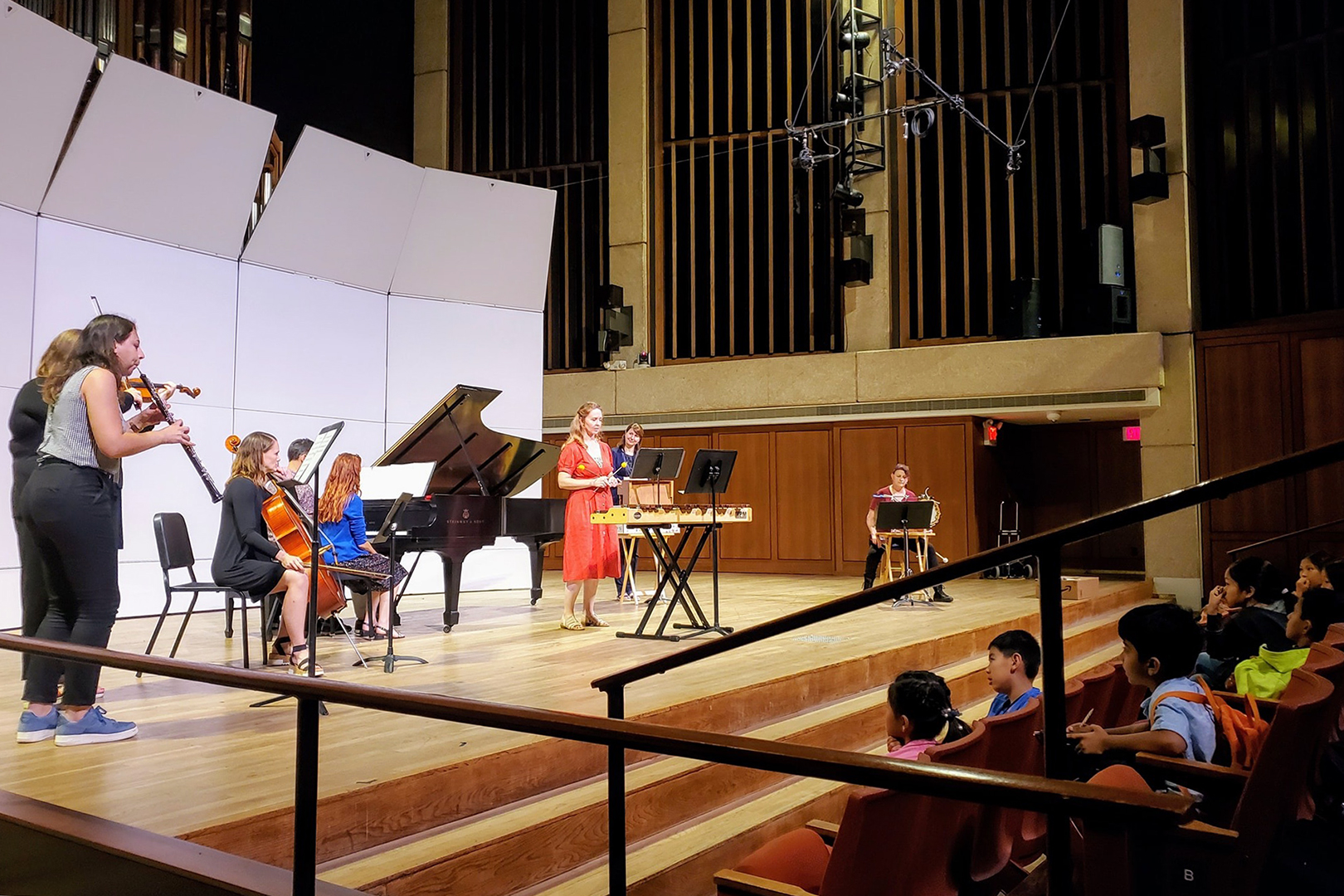 Rachel (oboe, left) performing with the other Primary Division Faculty in their afternoon showcase for the kids. (Photo courtesy of Rachel Campagna)

Another intern and I did all of the running around as assistants to the main coordinators, which meant we got extremely close in a short amount of time. I definitely learned a lot from her, as she is a senior violinist and taking a completely different route with her performance degree, working right out of college and starting her own non-profit. I thoroughly enjoyed hanging out with her, whether we were greeting kids at parent drop-off in the mornings, or poolside with vegan burgers from a new Austin food truck every week. It’s crazy how close you can get with someone in just two weeks, but it is a friendship that I will always value, and I would say that it was my favorite part of my summer!

There are lots of things in music that I could have pursued here in Los Angeles, but getting more involved and giving back to the chamber music scene where I grew up was important to me, and I’m glad to have had the opportunity to learn not just the administrative side of running a camp, but getting to learn from the kids and music faculty as well.

The USC Thornton Student Ambassadors are currently enrolled undergraduate students at the USC Thornton School of Music and are committed to enhancing the experience for all students, present and future.