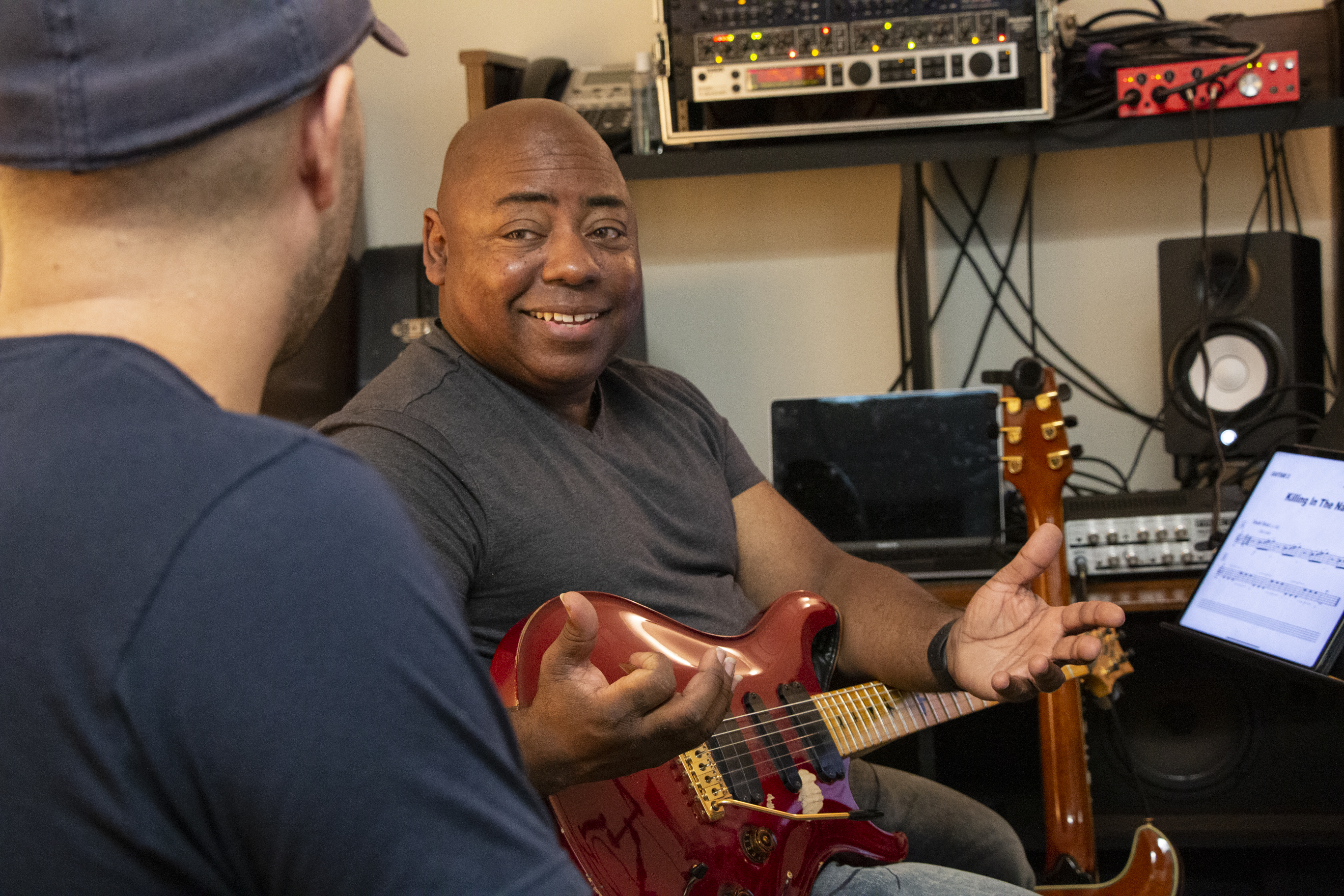 This week’s lesson: Learn to play the music from the Emmy Awards. That’s what you would have heard this September in a lesson with celebrated studio guitarist and USC Thornton faculty member Paul Jackson Jr. He used the 29 music charts from the upcoming Emmy Awards to instruct his lessons, before the show even happened. 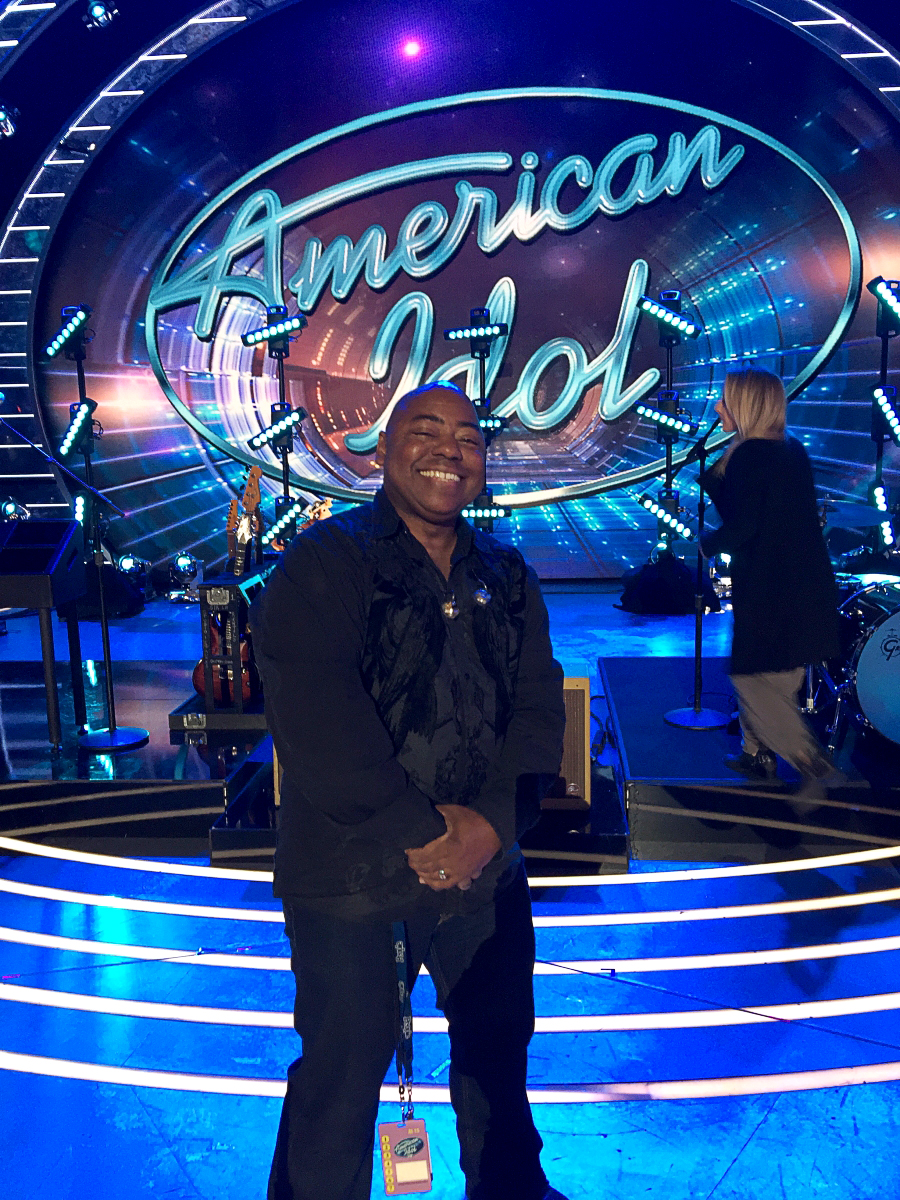 In addition to his work on awards shows, Jackson has spent many years playing on American Idol. (Photo courtesy of Paul Jackson Jr.)

Jackson has been recording music for awards shows such as the Emmys, GRAMMYs and the Oscars for years with Musical Director Rickey Minor. Passionate about providing his students with a real-time look into the industry, Jackson often uses charts for music from the shows he works on as guides to his lessons.

One of the charts stemmed from a Nicholas brothers dance number with Cab Calloway, the pop music from the 30s and 40s that students are not normally exposed to in popular music education. Jackson downloaded the music from YouTube and had the students read the chart as he played the clip to them in class.

“This type of guitar playing is something they might see twice a year in popular music,” Jackson said. “When they’re exposed here then they won’t get caught off guard in the workforce.”

A lesson on timing also came from an Emmy chart. Jackson describes the importance of being able to count odd bars and different measures to make cues so that you can come into pieces at the right time.

“That’s indicative of shows like that and also a lot of motion pictures where the guitar might have a cue to play, but the cue is a minute into the song,” said Jackson. That chart? It was arranged by Vince Mendoza, Jackson’s faculty colleague at USC Thornton.

Jackson invited six of his guitar students to attend the pre-recording sessions for The Emmys, giving them what Jackson described as a “mini masterclass,” and a look into the process, music and the recording equipment. Jackson encouraged his students to view this work not as something he does, but as something that they will eventually be doing themselves.

To further their comfort in a studio setting, he’s turned his office into a small recording studio. His goal is to put students in an environment that they’ll eventually be working in where the music will be recorded straight into a computer. 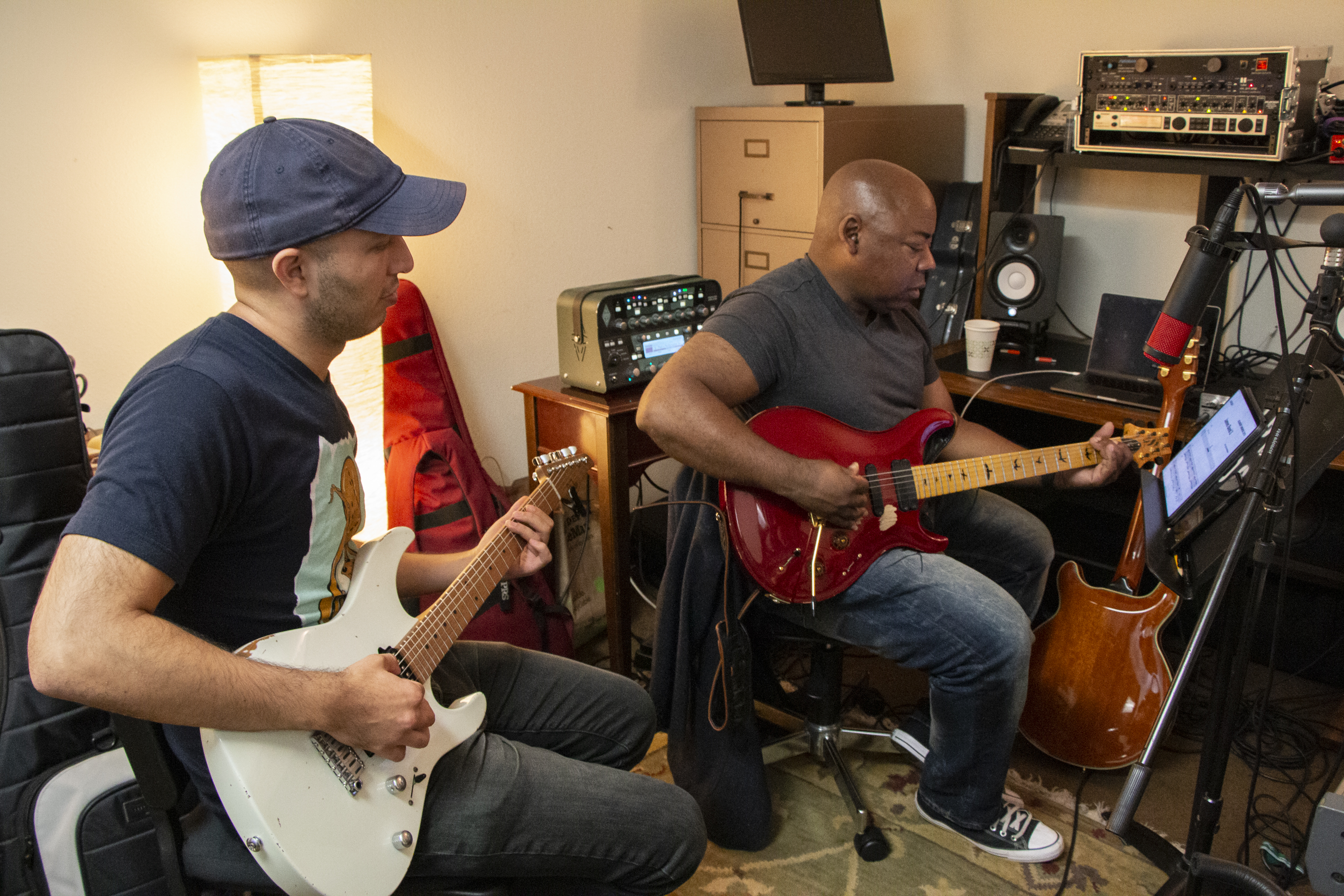 “All the conversations are on the room mics and then I give them each a file of the lesson so that way everything we discussed, all the musical examples, are right there,” said Jackson. “Every lesson is a recording session.”

Jackson, himself a USC alumnus, has worked with artists such as Michael Jackson and Whitney Houston, and played on shows including “The Tonight Show With Jay Leno” and “American Idol.” Earlier this year, he received an Honorary Doctorate in Sacred Music from New Dimension University, a bible college based in Rancho Cucamonga. NDU’s founder and multiple faculty members have been following Jackson’s career in not only popular music, but in gospel music.

“My approach is always musical excellence, being able to interpret what the music is, so every piece of music is an individual case study,” Jackson said.