Aarón Serfaty was born in Caracas, Venezuela. He began playing the drum set at the age of 15 and started to play professionally at 17. He did extensive work as a session and touring drummer from 1980 until 1991 with local and international artists.

In 1991, he moved to Los Angeles to study Jazz and African American Studies at the California Institute of the Arts (Albert “Tootie” Heath, Joe LaBarbera). Serfaty has also taken lessons with Peter Erskine, Jeff Hamilton, Jerry Steinholz and Juan Oliva.

He has played with Arturo Sandoval, Sergio Mendes, Jon Anderson, Dori Caymmi and Don Grusin among many others.

He has done clinics and master classes at the Lima Jazz Festival in Peru in 2006, the First Latin American Drummers Festival in Caracas, Venezuela in 2004 and at the French Polynesia Conservatory of Music in Papeete, Tahiti in 2005.

He is currently on faculty at the University of Southern California (1997-present), The California Institute of the Arts (2000-present) and the Los Angeles Music Academy (1996-present). 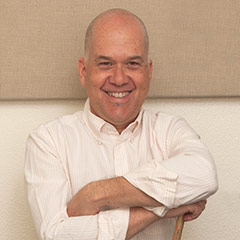