Adapt and Play On 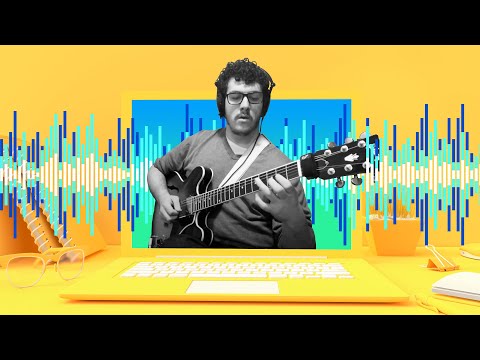 When the COVID-19 pandemic forced classes online, Nick Stoubis knew the adjustment would come with its share of hiccups: The USC Thornton School of Music professor and chair of the Studio Guitar program could no longer be there in person to play along with his students. But what started as a slight hindrance ultimately turned out to be the professional opportunity his students were looking for.

“Young musicians have more opportunities to learn how to produce professional recordings than when I was a student,” Stoubis said. “We have the ability to record music at an extraordinarily high quality in our homes, and if we don’t tap into that, we are leaving a major benefit of this modern day on the table.”

According to Stoubis, he looked at what the students had accomplished in the semester up until the point where remote classes began, and what needed to be completed before the end of the semester to meet course and degree objectives. Then he had to figure out how to repurpose the activities the students were already engaged in for different scenarios, including capstone projects such as recitals.

Stoubis learned early on that online learning prevented synchronous lessons and that live performing in a group setting would not be possible. Not being able to play together presented a collaborative challenge, requiring him to get creative to provide a strong learning environment. This created an important shift to refocus on professional recording. “A great deal of the recording work I do is performed remotely and this is how a lot of my professional work is conducted,” Stoubis said.

“A lot of music professionals have studios, as I have in my home here, where we can work and record individually,” Stoubis said. “This seems to be something that is not going to stop after the current crisis is in our rearview mirror, and I believe that effective and competent use of these new technologies will inform how we work moving forward in the music industry.”

Dylan Gorenberg can attest to both the pros and cons of both teaching and learning online. As a master’s student in the Studio Guitar program at USC Thornton, Gorenberg — much like Stoubis —said that synchronous lessons were challenging. Even simple start cues like “1, 2, 1, 2, 3, 4” were a difficult task due to the occasional video lag, and early collaborative efforts did not exactly go smoothly.

“We had to take a step back to realize what we’re trying to accomplish,” Gorenberg said. “We put in a lot of work, and by the end we got something that was usable, so I think everyone learned a lot about how to record.”

In a typical semester, Stoubis said the Studio Guitar program hosts performance workshops where guitar students perform with a professional rhythm section — a bass player and a drummer — hired by the university. “We decided early on that students would do recording projects to complete recital requirements due to the reality that they would be unable to perform live because of the Covid-19 crisis and the need for social distancing,” Stoubis said.

He decided to bring in a familiar rhythm section to the students as well as a keyboardist. He hired trioKAIT, a jazz trio led by two USC Thornton alums, pianist Kait Dunton (DMA ’13) and  drummer Jake Reed (MM ’10, DMA ’13) as well as bassist Cooper Appelt. The trio played on seven different USC guitar recital recording projects during the semester. 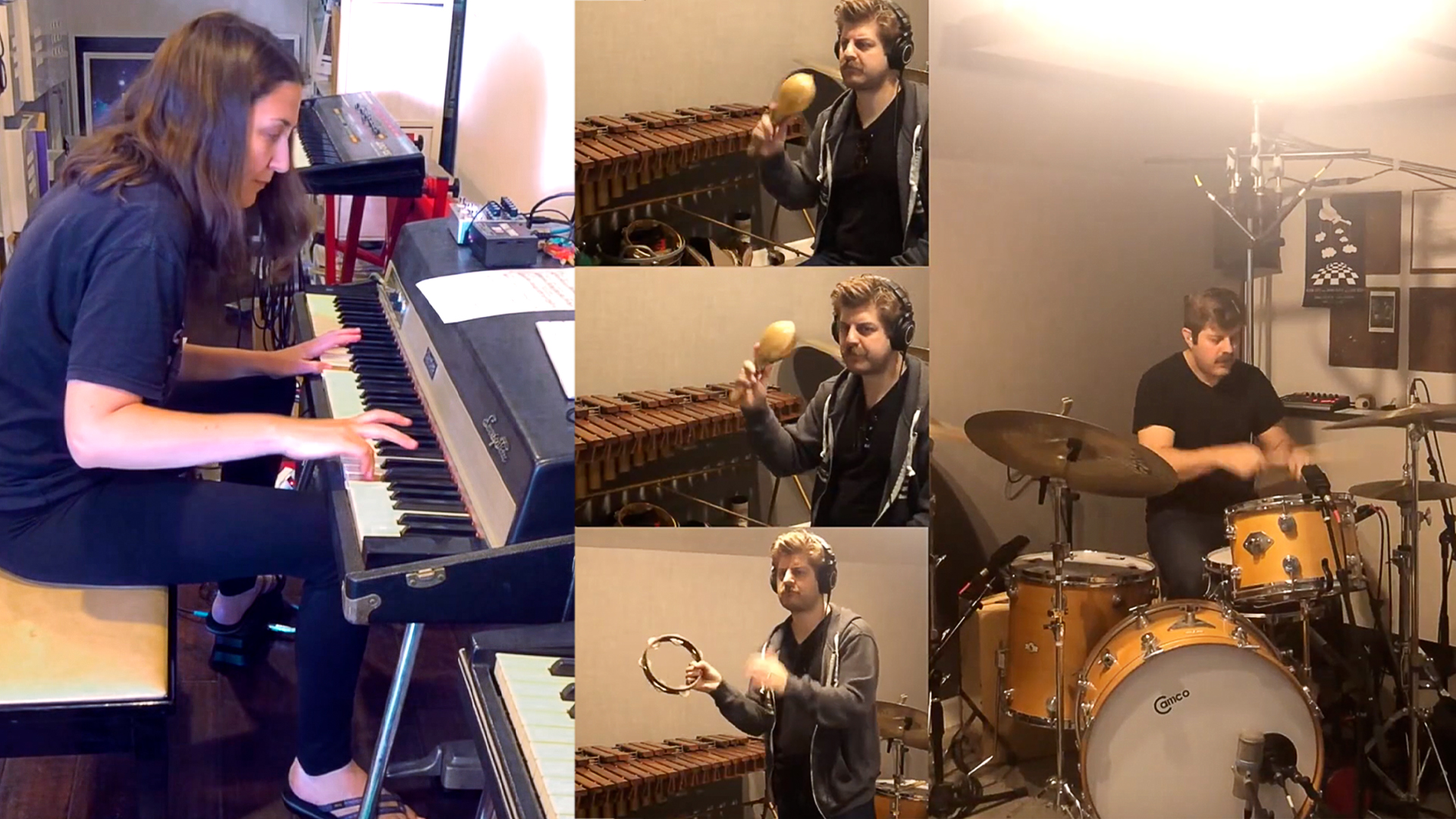 “We needed someone that would be able to play at a world class level, would be able to capture that in a recording and have the ability to work with students and understand that this was uncharted territory for some of them,” Stoubis said.

Dunton and Reed are married and actually met while doctoral students at Thornton. The latter and Appelt had worked as a rhythm section with Thornton students previously, but this was the first time all three had collaborated with students. Despite the remote learning aspect, Reed and Dunton said the process was not overly difficult as many professional musicians already know how to work and record at home.

Dunton and Reed would record their piano and drum parts,, before sending them to Appelt to record his bass parts. Then students would receive the full rhythm sections to play along with and record their parts.

For Dunton, the online recording experience not only provided the students experience of how the industry works currently, but gave a taste of how it’s going to be for the foreseeable future, pandemic aside.

“The remote recording thing isn’t new, and it’s certainly not going away,” Dunton said. “So being able to work with other musicians and producers in this way is really an important skill to understand.”

The couple was also amazed at the variety of work by the students, which spanned multiple genres, from more traditional jazz sounds, to rock, Latin and hip-hop influences.

“We really covered a lot of ground stylistically, and I think that was another really cool thing to do with all the students,” Reed said. “There was just such an array of styles that we got to play, which is always fun to do.”

Gorenberg agreed, saying that adaptability was able to create that cohesiveness and collaboration between students and instructors and the musicians.

Master’s student Dylan Gorenberg was able to collaborate with faculty member Nick Stoubis and guest teachers in real time, allowing him to learn the exact tools he can use on professional recording jobs.

“The instructors were pretty much saying, ‘We’re in this with you; we’re trying to figure it out as we go, so please give us feedback,” Gorenberg said.

For Stoubis, he said this semester has proved to be one of the more memorable in his career.

“This past semester gave me personally some of the most rewarding teaching experiences I’ve ever had,” Stoubis said. “It taught me more about teaching, and about the work we do at USC, perhaps more than any other semester in my teaching history.”

Though the goal was to provide students with the best professional experience possible, complete with industry-ready work for their portfolios, in speaking with all four involved, there seemed to be a side goal. During times of struggle, fear, unrest and uncertainty, it is common for people to turn to the arts for sanctuary. Musician or not, it is not far-fetched to say the music can serve as a unifier.

“I think what we all realized right away when we couldn’t get together physically with our friends and family is that we were turning towards art for solace,” Dunton said. “We still wanted to feel connected, and I think when it’s just part of our daily lives, we forget the value of what is there.”

From the students, to professors and the professional musicians, this semester has seemed to show that what they’re creating extends beyond the classroom or a letter grade.

“In times like these, artists play a pivotal role because they speak to what it means to be human, human emotion, human feeling, human interaction, human communication,” Stoubis said. “And music describes that in a way that’s accessible to masses of people.”

Featured in the video are performances of Tom Petty’s “The Waiting” by Dan Sadin and The Petty Thieves and Don Grolnick’s “Pools” featuring vibraphonist Rusty Burge.