As an adjunct assistant professor at the University of Southern California’s Thornton School of Music, Balic has been teaching keys, voice and songwriting in the Popular Music Program since its second year of programming, 2010. She has also been on faculty at Berklee Online as the pop/rock vocals instructor since 2010. Additionally, in 2016, Balic completed a master of arts in learning technologies from Pepperdine University with her thesis and capstone project on video and hybrid instruction, blended learning, flipped classroom and online platforms.

Balic, a Vancouver native, holds bachelor degrees in (classical) music and music education from the University of British Columbia in Canada and a diploma in professional music from Berklee College of Music in Boston. With life stories to share from both stage and school, Balic recognizes the uniqueness of each student and designs individualized, 21st-century instruction and strategies for their evolving artistry. In 2017, College Magazine named Balic as one of the “10 Female Music Teachers That Inspire Us”.

“I’m a life-long learner in this journey of artistry. There is no end-game in music. I facilitate risk taking to support the discovery of untapped creative potential. Empowering others in their musical pursuits brings me joy, and seeing their confidence and talent evolve is my reward,” Balic says. 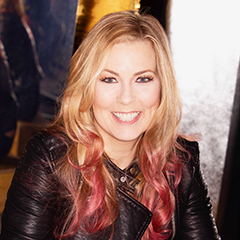