As senior vice president of television music for DreamWorks Animation, Alex Nickson oversees the musical creative direction for the studio’s rapidly growing slate of original television projects, including content for Netflix, Apple TV+, Peacock, Amazon, Hulu and other leading broadcasters around the world. Some of the most recent series include Jurassic World: Camp Cretaceous, Gabby’s Dollhouse, The Croods: Family Tree, and Madagascar: A Little Wild. Under her guidance, DreamWorks series have received multiple Emmy nominations, including a win for Best Original Song for All Hail King Julien. She engages a wide range of award-winning composers, songwriters and talent, including Beyoncé’s protégés Chloe x Halle, Kelly Clarkson and most recently, legendary producer Timbaland. In addition to her music supervision across more than 20 series in active production, Nickson collaborates with many divisions within the company to maintain quality throughout any brand extensions including marketing, live events, franchise activations, publishing and soundtracks.

Prior to joining DWA in 2013, Nickson oversaw all of the music for Freeform’s television series, original movies and marketing campaigns, including The Fosters, Switched at Birth, Bunheads, Melissa and Joey, Baby Daddy, Twisted, 25 Days Of Christmas (featuring The Band Perry and Colbie Caillat), Teen Spirit and The Mistle-Tones: The Musical. In addition to her music supervision work, she founded and served as head of A&R for Freeform’s sub-publishing division, Persimmon Grove Music.

Nickson began her career in feature films working in music production at MGM Pictures, where she worked on films like Be Cool, Beauty Shop and The Pink Panther.  After leaving the studio, Nickson went on to become a music coordinator at Format Entertainment and coordinated source music and soundtracks for various films including The Devil Wears Prada, Atl, Epic Movie and August Rush. After her departure from independent supervision, Nickson jumped over to DreamWorks Pictures, where she helped create the music team that oversaw all of the live-action films. Nickson worked all aspects of music on films such as Tropic Thunder, Revolutionary Road, The Kite Runner, Transformers and The Soloist.

Nickson is currently a voting member of the Recording Academy and holds a bachelor’s degree in music industry from the USC Thornton School of Music. She currently resides in Santa Clarita, California, with her husband and two young children. 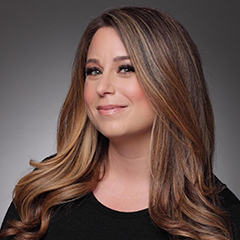