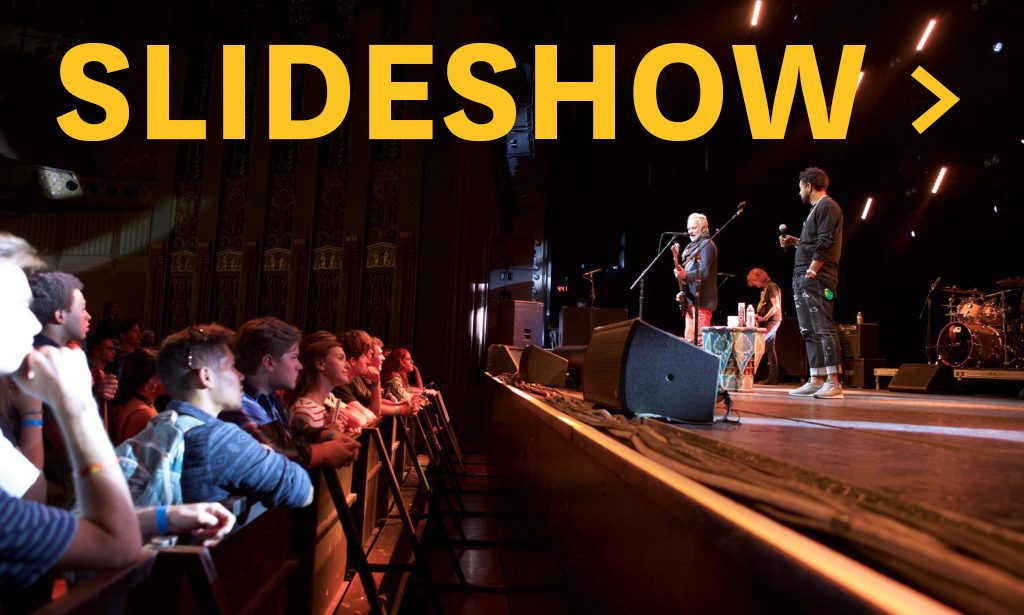 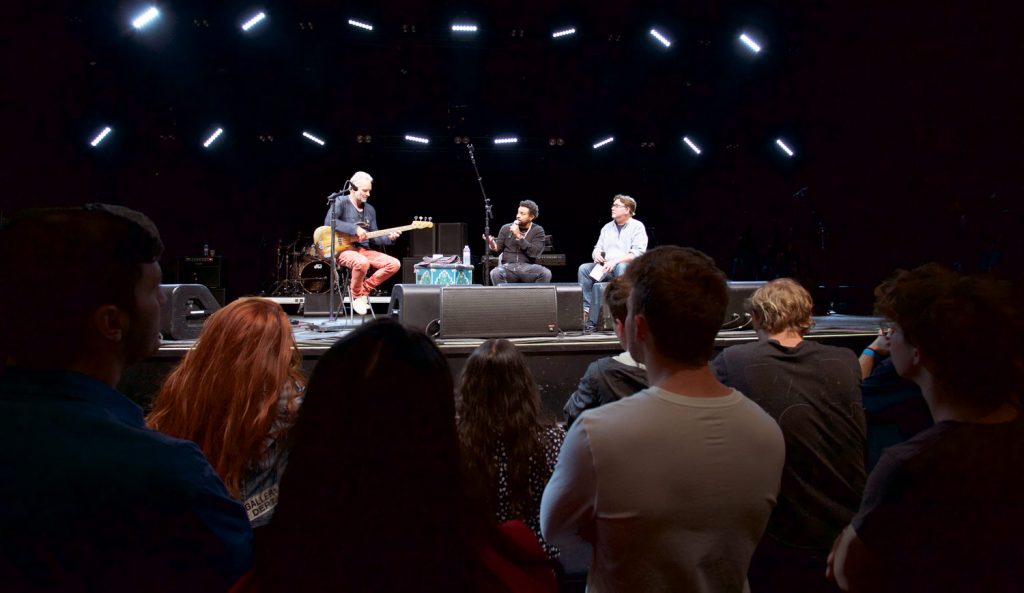 The artists took a break from their current tour to speak with professor Chris Sampson, who organized the special forum.

The artists took a break from their current tour to speak with professor Chris Sampson, who organized the special forum. 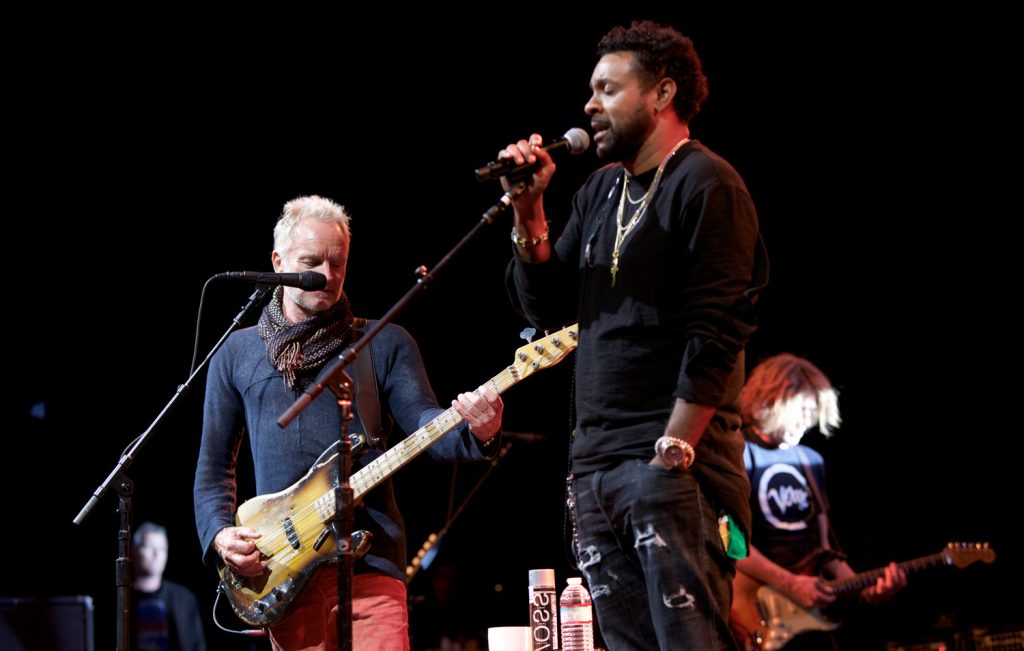 Sting and Shaggy performed for an audience of 50 USC Thornton students.

Sting and Shaggy performed for an audience of 50 USC Thornton students. 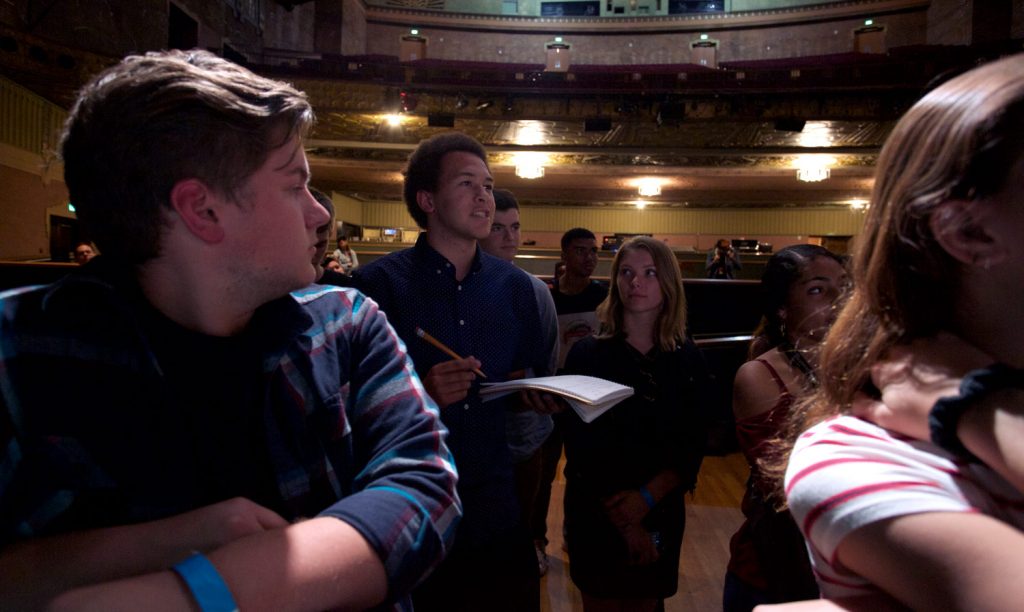 USC Thornton students had the Wiltern to themselves.

USC Thornton students had the Wiltern to themselves. 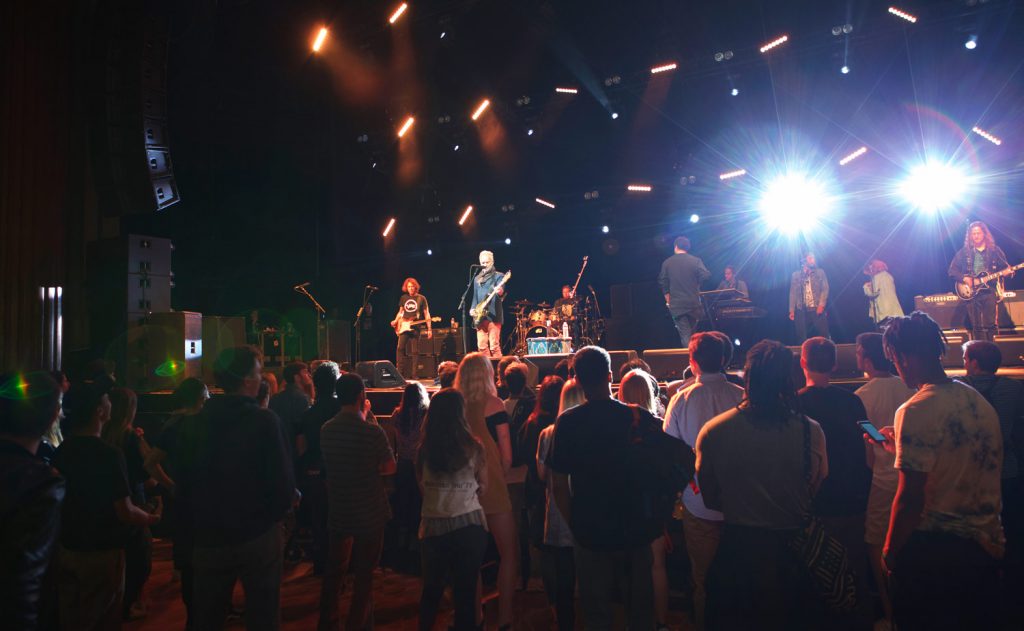 When a Police-man and a quite famous Boombastic Caribbean reggae artist make themselves available for a pre-concert soundcheck and rap session, there figures to be a lot of takers. Even though USC Thornton students frequently get access to high level industry talent, the opportunity to meet with Sting and Shaggy at the Wiltern Theatre had students, to borrow a lyric from The Police, walking on the moon.

“It was 50 seats, first come, first served,” said Chris Sampson, director of Popular Music Pedagogy and founding director of the Popular Music program. “The seats filled up almost immediately and we had a considerable waiting list. We got a number of songwriters, students from the Music Industry and Screen Scoring programs, and all across the Contemporary Music Division. Everybody was able to take something away from the experience.”

Sampson had developed a friendship with Sting’s manager Martin Kierszenbaum — who is himself a USC alum — and had been in ongoing discussions with Kierszenbaum about creating an opportunity for the musician to meet with USC students. A longtime friend of the music program, Kierszenbaum had previously brought the staff of his Cherrytree Music Company to campus and had songwriting students receive professional feedback on their work. 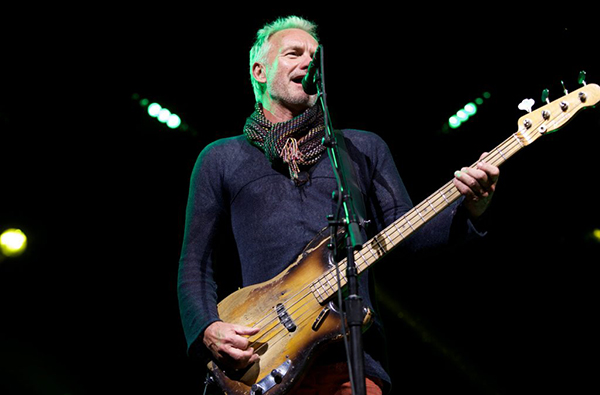 “I am and will always be a music student,” Sting told the crowd of 50 USC Thornton students. (Photo: Dario Griffin)

Finding an opening for a Sting encounter, however, had proved difficult. But with Sting and Shaggy performing at L.A.’s Wiltern Theater as part of the tour around their hit album 44/876, Kierszenbaum suggested the students meet the two musicians at the Wiltern during the afternoon before the performance, observe the soundcheck and conduct a Q&A session from the stage.

During the hour they spent with the two musicians, the students naturally had several questions about the unique collaboration and musical common ground between Sting, the British singer/songwriter and Police frontman, and Shaggy, the Grammy award-winning singer/producer from Jamaica. As disparate as they may initially seem, it turns out Sting and Shaggy’s shared interest in reggae and dancehall music has permeated both their work.

“They talked about how their musical styles fused together,” Sampson said. “Shaggy is a melodic rapper, so his way of approaching lyrics is entirely different from Sting’s. The way they described it was in operatic terms. Shaggy is the recitative and Sting is the aria that brings in the melody.”

The two artists and their band treated the students to a mashup of Sting’s “Shape of my Heart” with the current hit “Lucid Dreams” by Juice WRLD. Sting also left the students with a nugget of wisdom: even an artist at the top of his craft always has the opportunity to further his learning.

Sampson added, “that statement broke down any barriers from this icon of pop music to the students. He let them know he was one of them and that he’s never done studying. He really emphasized the idea that being a music student was a never-ending thing.”